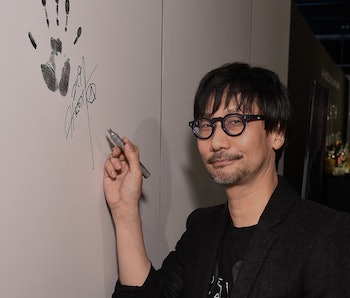 Microsoft’s latest games showcase had a ton of news to share, but nothing was quite as surprising as the announcement of a new partnership with the legendary Hideo Kojima. As the creator of Metal Gear Solid and Death Stranding, Kojima is one of the most well-known figures in gaming, and getting this auteur on board is yet another big feather in Xbox’s proverbial hat. Microsoft has been making big moves for years, but this could potentially be one of the biggest, although fans don’t need to be worried about anything quite yet.

3. Kojima essentially gets a blank check

Kojima is one of the only people in the industry that would get an entire segment dedicated to simply announcing a partnership. He did not announce a game, show a trailer, or really say anything significant beyond the existence of this partnership. Over the years, Kojima has proven he has a unique vision for gaming, even if that vision doesn’t always completely land. For all its problems, Death Stranding is still a wildly unique game that’s simply unlike anything else out there.

When Death Stranding was announced, Sony consistently talked about the freedom it was giving Kojima to make the game he wanted. At the same time, we know Metal Gear Solid V: The Phantom Pain had an absolutely massive budget of nearly $80 million. Kojima’s projects are costly. That in and of itself is a problem, but you can’t deny he can make incredible experiences when given the budget to do so.

With that in mind, no publisher has deeper pockets than Microsoft, the company set to spend nearly $70 billion acquiring Activision Blizzard. This means Kojima likely has room to be more ambitious than ever before. During the announcement, he even says it’s a game, “He’s always wanted to make.” Anyone that’s a fan of Kojima’s work should be excited about the prospects this deal creates.

2. Microsoft gets a key Japanese partnership

Microsoft has made some massive steps over the last few years, from the undeniable value of its Game Pass service to the dozens of studios it’s snapped up in acquisitions. Despite all that, however, the company has had a massive blind spot in the Japanese market, and a serious lack of Japanese games. That’s slowly started to change as series like Yakuza and now Persona have made it over to Xbox. Still, Microsoft needs partnerships with Japanese companies and developers, and Kojima is a massive step in that direction.

If Microsoft’s Kojima project pays off in a big way, it could influence other Japanese developers to look into similar partnerships and even help Microsoft make more headway into the Japanese market. It’s a mutually beneficial relationship for both parties, that hopefully results in more unique experiences coming from Microsoft Game Studios.

1. Kojima will have access to unique talent and technology

By far the most important factor in this partnership is the technology and knowledge that Kojima Productions now has access to. Death Stranding was built on the Decima Engine, which was created by Guerrilla Games and is the same engine used in Horizon: Zero Dawn. By partnering with Sony, Kojima had access to a stellar engine and all of the knowledge behind the studio that created it. The results are clear in the final product of Death Stranding, which isn’t just a gorgeous-looking game but has some truly unique mechanics as well.

During Kojima’s announcement, he already confirmed that his new game will be using Microsoft’s cloud technology, which again could lead to some unique results. Kojima Productions is an immensely talented studio, and a partnership means they can access Microsoft’s cutting-edge tech and talent. Who knows if this could result in some wild new idea that changes gaming, or really proves what cloud tech is capable of in the first place.

Not a big deal: No, Kojima hasn’t betrayed Sony

Since the Microsoft announcement, there’s been a lot of worry that Kojima is no longer working with Sony, even leading to Kojima Productions putting out an official statement. Of course, the statement confirms that Kojima is still collaborating with Sony, which honestly shouldn’t come as any surprise.

Kojima Productions is a completely independent studio, exactly in the same way as studios like Remedy Entertainment or Game Freak, the studio behind Pokemon. Seeing Kojima partner with Microsoft doesn’t mean anything at all outside of that specific partnership, and the studio likely still has at least one other game currently in production, perhaps even another game in partnership with Sony. There’s quite literally no reason to think this could lead to Microsoft owning Kojima Productions, or anything else.

Game Freak is actually a perfect example of this, as the studio has always been the lead developer on the Pokémon series, and will likely continue to be so. However, Game Freak is free to pursue other projects if it wants, as evidenced by smaller games like Giga Wrecker Alt. and Tembo the Badass Elephant. In fact, Game Freak could just as easily partner with Sony or Microsoft, but likely hasn’t as developing Pokemon takes up the bulk of its time.

It’s certainly possible that Kojima Productions could be acquired by a publisher at some point, but for now, it’s a studio that will continue to develop whatever it wants.