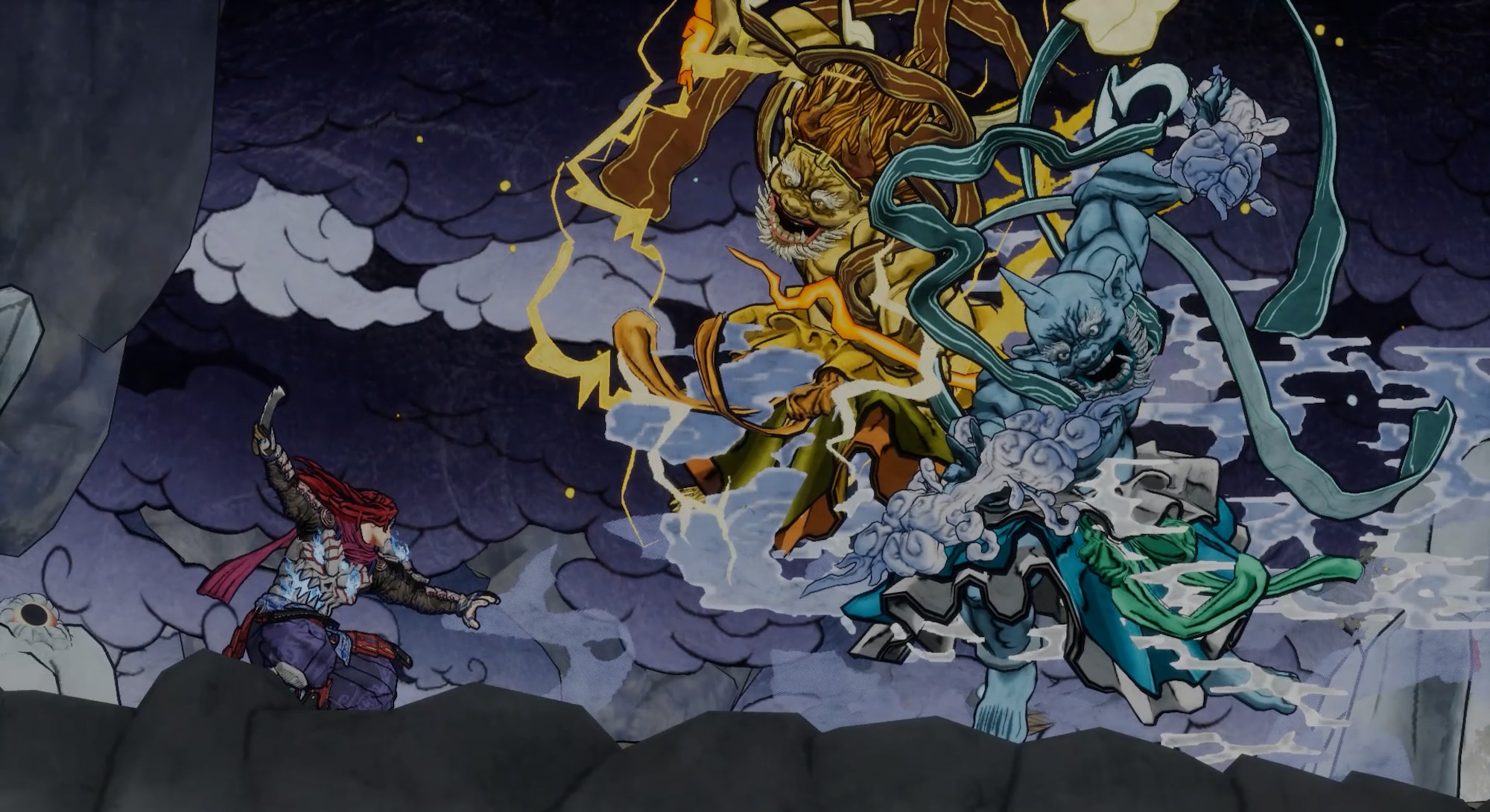 If the name GetsuFumaDen doesn’t immediately ring any bells, you’re not alone.

The original was a Japanese-exclusive game released for the Famicom (Japan’s version of the NES) in 1987. The franchise has remained in obscurity since, relegated to cameos in games like Castlevania: Harmony of Despair. Konami franchises like Silent Hill, Metal Gear, and Castlevania have much more clout in the west, so it’s surprising that it would choose to bring this series back.

In an exclusive interview with Inverse, Konami Producer Shin Murato reveals more about why Konami decided to return to GetsuFumaDen, what the team has learned from the mixed reception to its recent games, and what fans can expect from this surprising but beautiful-looking sequel.

Why did Konami decide to return to the GetsuFumaDen franchise?

We began planning for this title in 2018. During this time, we noticed that indie titles and relatively small game projects with high artistic elements and game systems (many times with Japanese themes) really stood out. Because of this, we wanted to try and pursue a title that matched these criteria.

One such title in the Konami archives was the original GestuFumaDen, which we felt was a masterpiece, but never had a sequel and was not available globally. As a result, we thought this could be a fun IP to revisit, introducing gameplay functionality and visuals that the newest systems could truly deliver.

Another big factor is that there are many fans of the original GetsuFumaDen on our team now who were excited to work on this project.

What has Konami learned from the mixed reception to its recent releases?

We are always learning from past experiences with our development process. For GetsuFumaDen: Undying Moon, we are trying something new for Konami. That is entering the game into Early Access and really working in partnership with the community to provide feedback and help us create the best game possible. We’re excited to begin this process and closely collaborate with the community.

What has the team learned from recent indie action-roguelike successes like Hades and Dead Cells?

Some things we learned from these other very successful titles is that these games have pushed the envelope in terms of continuously tuning game content and improving the roguelike elements of their game, allowing fans to enjoy playing the game repeatedly.

These teams have been successful in creating beloved titles that fans will enjoy for a long time. Ultimately, we want to learn from these titles and apply those insights to GetstuFumaDen: Undying Moon as an Early Access game, which is a first for Konami.

What were the biggest inspirations for GetsuFumaDen’s style?

We found inspiration in the fact that many recent indie titles have been developed with a game system or art style that doesn’t necessarily follow any gaming industry trends. As a Japanese game company, we had a strong desire to create an art style that would truly represent a Japanese style and perhaps even bring some more global attention to it!

However, there are already several games with a unique Japanese and sumie-style, so we wanted to come at it from a slightly different angle. We decided on utilizing a print-style visual, such as inferno (an art representation from the Japanese Middle Ages) with a motif of hell, which is also the theme of this title.

Do you see GetsuFumaDen: Undying Moon as a sequel or reimagining of the original Famicom title?

The setting for this new title is approximately 1,000 years after the original GetsuFumaDen. The new story is about the Getsu descendants whose founder was the main character of the original game.

What are you focusing on when it comes to storytelling with this new entry?

This title uses Konami’s old IP, but this is not a remaster of the original game. This is being developed as an entirely new experience. We follow the elements of 2D action from the original, but many other elements created for this title are new.

For those players who played GetsuFumaDen or remember that game, we included plenty of elements from the original title that they’ll recognize and likely will make them grin while playing. But we also hope young and new game fans will enjoy this title as a new IP.

What will keep GetsuFumaDen: Undying Moon runs interesting in the long term? Which items or enhancements carry over?

In this game, exploring your own play style and finding the right approach that fits each player is one of the really fun elements. This includes the way in which players collect main weapons or sub-weapons of several systems and change equipment as they progress.

There are several types of main and sub-weapons that players can choose within the same system, and those weapons will demonstrate their true value after unlocking the game’s skill tree. The condition of unlocking skill trees is carried over to support player engagement down the line as well.

Additionally, it’s not just about main weapons or sub-weapons. Players can also enhance a variety of character abilities that will be carried over as well, so players must consider and carefully choose their own playstyle as they progress.

GetsuFumaDen isn’t widely known outside of Japan. What opportunities and challenges do you see in bringing this game to Western audiences?

As noted earlier, by utilizing Early Access we really want to hear the opinions of our users via the Steam community, Twitter, and Discord. At the same time, our development team is eager to share as much information about the game’s development as possible.

There have been quite a few Japanese-style games that have recently launched, but we feel we have something special here, so we urge fans to keep an eye out for this title coming to Early Access.

Will the pseudo-3D style exploration or overworld sections from the original GetsuFumaDen make it into this game?

This game uses the same worldview as the original, but we are developing it as a completely new game. Additionally, we took inspiration from the 2D elements of the original and have been working to recreate it as a roguevania. So, in essence, I wouldn’t call it a “pseudo-3D style,” but the game uses 3D-like direction because we are developing the graphics in 3D.

However, giving a nod back to Early Access, it might be interesting if we get a strong fan response to the 3D “look” as it could influence if we use 3D elements for expanding the game’s quality in the future. Regarding overworld sections, we aren’t using those for this game.

Which areas of the game are you most keen on getting Early Access feedback for?

Integrating the community’s voice into our development process is extremely important. We want to build and evolve this game alongside our players, not just for them. Our goal is to get continuous feedback from users regarding their overall experience playing the game, particularly when engaging with the general level design.

We want to be able to tune the game appropriately so we can make it a title that fans will be able to play and enjoy for a very long time. Also, we do plan to add DLC in the future, so we will definitely take user feedback to heart when we are thinking about what is working best and what isn’t, and how we can use that feedback to help us create new content and expand the game down the line.

GetsuFumaDen: Undying Moon will be released for PC via Early Access on May 13, 2021.