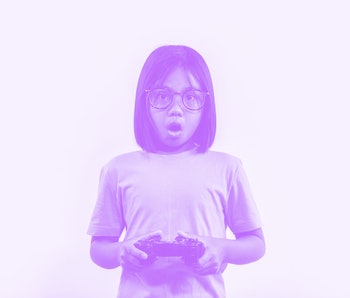 Sony’s unending silence about the upcoming PlayStation 5 has spurred fans to dream up all sorts of imaginary designs for what the next-generation console might look like. Now information-craving gamers have even created mockups of how they believe the PS5’s home screen menu will look like, and they might look even better than whatever Sony is cooking up for the next-gen console.

Earlier this week, redditors u/Archy_Fire and u/TheRookieHD posted conceptual designs they mocked up for what it might be like to boot up the PS5 for the first time, and they look somewhat similar to the Apple TV interface. Both designs put the user's active games front-and-center compared to the current PS4 menu does. Unlike other recent fan-made PS5 mockups — like one that resembles the Nintendo GameCube — these actually incorporate features that should be a part of the final product.

Archy_Fire’s design also shows off a specific menu feature that Sony has already confirmed for the new console: In October 2019, PS5 system architect Mark Cerny revealed a handful of upgrades that the console will come with. One of them essentially gives gamers more power over managing their storage. Instead of installing an entire 90 GB game, PS5 users might be able to install individual modes and access them directly through the console's interface rather than an in-game menu.

“Rather than treating games like a big block of data,” said Cerny. “We’re allowing finer-grained access to the data.”

Archy_Fire’s mockup includes how much storage space Cyberpunk 2077 is taking up as soon as players scroll over the game. It also has an option that reads “Play Story Mode,” which suggests there could be more selections based on different modes included in certain games.

So, say a gamer scrolls over Call of Duty: Modern Warfare on their PS5, the selections could be “Play Deathmatch” or “Play Warzone.” This will might gamers boot into the exact mode they want to play immediately as well as save them precious storage space if they’d rather skip on the CoD’s story campaign to save 40 GB.

TheRookieHD posted a brief demonstration video of their design. This mockup heavily focused on game synopsis that tells gamers what the title is about as soon as they scroll over it, almost like Netflix's automated previews.

“I have always wanted more specific details linked to the game that can be seen at a glance,” they wrote in a comment. “Instead of having to go through multiple menus, or having to go into the game itself.”

Cerny teased something somewhat similar to that, but instead of summaries for a game's plot or something similar, the homescreen would tell users what missions and achievements they’re close to accomplishing for individual games. He explained that the information would change based on specific games.

“Multiplayer game servers will provide the console with the set of joinable activities in real-time,” he said. “Single-player games will provide information like what missions you could do and what rewards you might receive for completing them — and all of those choices will be visible in the UI. As a player, you just jump right into whatever you like.”

TheRookieHD’s design doesn’t exactly reflect that, but it presents an aesthetic that could resemble the way Sony might present information while also including eye-popping game cover art as the focus of the menu rather than just a smaller icon (like with the PS4).

Sony's final design choices will probably look pretty different from these mockups, but both of these Redditors have shown off a few ways that Sony could implement some of the PS5's confirmed features. Now the ball is in Sony's court to finally show off the real thing.

More like this
Gaming
3 hours ago
You need to play the best video game remake ever on PS Plus ASAP
By Hayes Madsen
Gaming
8.4.2022 7:11 PM
10 new games to grab ASAP from the PlayStation Summer Sale 2022
By Robin Bea
Gaming
8.1.2022 5:37 PM
Backbone for PS5 is a solid mobile controller with odd flaws
By Joseph Yaden
Related Tags
Share: