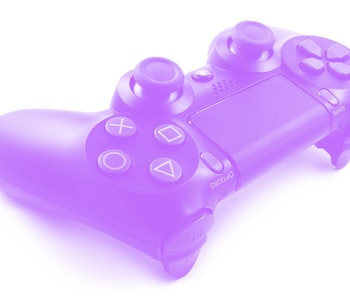 The PlayStation 5 remains Sony’s best-kept secret even when its release date is only mere months away. Fans have been itching for a glimpse of the upcoming console and a new — and totally unofficial — Nintendo-inspired render has given gamers an idea of just how different owning a PS5 might be later this year.

On Sunday, redditor u/Zaagfluit posted an image they made of a cube-shaped PS5 to the PS5 subreddit, and despite being what's essentially design-based fan-fiction, the spec is way more interesting than the PS5’s massive dev kits that have been floating around for months now. This looks decidedly different from your traditional Sony console and instead bears a resemblance to the Nintendo GameCube.

The design looks perfectly cubical, even more so than Nintendo’s 2001 cube-shaped console that ironically has uneven sides (15 x 11 x 16 cm). While it might seem farfetched for Sony to opt for such an obvious callback to the GameCube, Zaagfluit’s post might not actually be too far from reality.

Sony’s biggest console competitor, Microsoft's Xbox Series X, has already been revealed to be much boxier than any other Xbox before it. Rather than sitting horizontally like most consoles before it, the Xbox Series X is more of a vertical tower. The Xbox team chose a design that looks very similar to computer towers used for PCs. It should fit comfortably next to books on narrow shelves, and it's possible that such a radical change in overall design concept might influence Sony to take a similar approach. Or maybe that was Sony's plan all along.

Input: Sony is struggling to make the PlayStation 5 for less than $450

Other fans have also drawn up cubical mockups of the PS5 in the past. 3D artist Paul Robinson tweeted six images on March 5 showing off his own cubicle design for Sony’s next console. The biggest difference is Robinson’s mockup includes the V-shaped cutout seen in its dev kits, which many gamers believe to be a design choice to represent the Roman numeral for five. However, dev kits aren’t always the most reliable sign of what a console’s final design will look like.

The PS4’s dev kits were absolutely monstrous compared to the console’s final shape and the same thing will most likely happen with the PS5, but Sony hasn’t even given the slightest hint of what the company is thinking this time around.

Previous, unofficial renders have shown off a slender rectangular shape that looks like a much skinner version of Sony’s traditional PlayStation designs. There was also a ridiculous design that the user tried to pass off as a leak claiming a spherical PS5 design that had some Death Star vibes.

Out of everything we’ve seen, a thin, rectangular model would make the most sense for Sony, assuming the company wants to play it safe. But if Sony were to break from tradition and go with something more PC-tower-esque like Microsoft, then it could make the upcoming console war much more interesting. Because there's very little we know about the PS5 in terms of specs or design, a cubical shape seems as possible as just about anything. For Sony to do something unpredictable would be a great way for the company to get an edge.

So don’t be surprised if the PS5 ends up looking like the GameCube’s distant relative — even if it seems like a longshot.

More like this
Gaming
6.17.2022 4:00 PM
The agony and ecstasy of PlayStation trophy hunting: "It's a huge drop of serotonin”
By Joseph Yaden
Gaming
6.23.2022 4:00 PM
Stray producer on how a design limitation led to being "utterly inspired"
By Hayes Madsen
Gaming
6.23.2022 5:12 PM
Everything you need to know about Final Fantasy 16
By Corey Plante, Jen Glennon and Jess Reyes
Related Tags
Share: