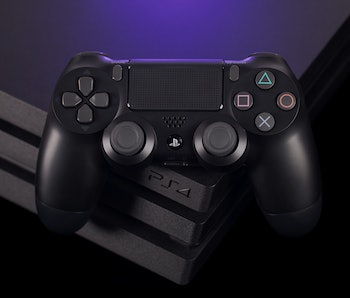 For the second time this year, Sony Interactive Entertainment has given gamers online more details about the upcoming PlayStation 5.

On Tuesday, CEO Jim Ryan confirmed that it would actually be called the PS5 and that it would ship during the holiday season of 2020. Fans had already predicted the name and release window, especially after Microsoft announced its Xbox Project Scarlett console would launch during the same period. But SIE teased a treasure trove of new capabilities, features, and improvements that stand to make the PS5 unlike any gaming system before it.

Ryan and his colleagues broke down five changes headed to the PS5 in a Wired story published Tuesday. The team outlined a console that will do away with pesky nuisances, like loading screens and deleting games to clear storage space. They also introduced a handful of additions that will transform the gaming experience.

The upcoming DualShock controller will now come with a USB Type-C port instead of a Micro USB. Compared to everything else that was announced, this change is relatively small. But it makes the current limitations of game controllers less of a nuisance.

USB-C ports can charge devices exponentially faster than Micro USB. Gamers will still need to juice up their controllers but they should spend substantially less time tethered to the PS5 versus the PS4.

The port is also reversible, so users won’t have to struggle to plug in the charger in the right way when they’re in a dark room. Any way you plug in a USB-C cable is the right way.

The new controllers will also come with built-in haptic motors to deliver unique tactile feedback. This system will replace the current rumble motors housed in the DualShock 4’s handles.

PS4 controllers now deliver a general vibration for various in-game occurrences, say like getting punched or driving an off-road buggy. But the PS5’s controller will detect what’s happening on-screen to deliver a much more realistic sensation.

Wired’s Peter Rubin got to test out an early version of the controller and said it expertly conveyed the sensation of different terrains.

“Sand felt slow and sloggy; mud felt slow and soggy,” he wrote. “On ice, a high-frequency response made the thumbsticks really feel like my character was gliding. Jumping into a pool, I got a sense of the resistance of the water; on a wooden bridge, a bouncy sensation.”

Sony’s DualShock upgrade will also include “adaptive triggers,” which offer multiple levels of resistance depending on what gamers are using them to control. The tension will increase if players are drawing a bow or they’ll be able to feel the intense sputtering of firing a machine gun.

3. Solid-state drive will make loading screens a thing of the past on PS5

The PS5 will do away with its spinning hard disk drive (HDD) for a substantially snappier solid-state drive (SSD). Both of these components serve as the permanent storage for the computers of consoles they’re built into. The big difference is that SSDs don’t have any moving parts, which provides a big speed advantage.

SSDs can fetch game assets and save files much quicker, which greatly decrease the time gamers spend on load screens or completely eliminate them altogether. Sony filed a patent in June describing how games could be designed games like a series of jigsaw puzzle pieces. Whenever a player steps into one of the pieces, or areas, the adjacent pieces will load automatically in the background.

Modern games already use creative techniques to create the illusion of no loading screens. For example, God of War (2018) was largely presented as a single, unbroken tracking shot. However, the main way to travel between realms in the game was a sneaky loading screen.

Players had to travel to a temple at the center of the Lake of the Nine where they selected the area they wanted travel to while it boots up. The whole process was visually stunning and more enjoyable than watching a loading bar, but still became repetitive over the course of a full playthrough.

The PS5’s SSD could eliminate the need to design games like this, ushering in new open-world games that can seamlessly be explored.

Sony is also leveraging the PS5’s SSD to give gamers more power over how they manage their storage. Instead of installing an entire 90GB game, PS5 users will be able to install individual modes.

“Rather than treating games like a big block of data,” says PS5 system architect Mark Cerny. “We’re allowing finer-grained access to the data.”

That means if you’re not interested in the Call of Duty: Modern Warfare single-player campaign, you can choose to only install the multiplayer modeand save 40GB on your PS5 for other titles.

Finally, the PS5’s home screen will get a complete makeover from the PS4 version. It’s main purpose: getting you into the game as seamlessly as possible. Now, PS4 users can see recent friend activity, but need to open a game to really get started.

The PS5’s home screen will show gamers specific missions they could complete, or if their friends are currently squadded up on Apex Legends. They could then dive right in.

“Multiplayer game servers will provide the console with the set of joinable activities in real time,” explained Cerny. “Single-player games will provide information like what missions you could do and what rewards you might receive for completing them—and all of those choices will be visible in the UI. As a player you just jump right into whatever you like.”

No more booting something up only to realize your buds are all playing something else. It might seem like a small thing, but it’s a nice quality-of-life improvement on Sony’s part to get gamers into the action as quickly as possible.

The PlayStation 5 will be released late in 2020.