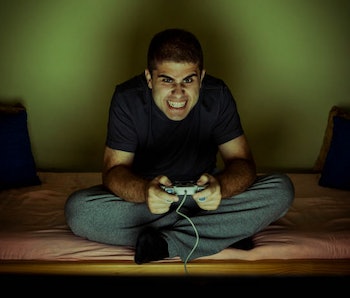 Sony’s upcoming PlayStation 5 will set a new bar for consoles. So far, gamers expect a solid-state drive (SSD), ray tracing support, 8K resolution graphics, and possibly even a companion wireless virtual reality headset. All of these premium hardware features will help the PS 5 compete with increasingly alluring cloud gaming services. And it looks like Sony has even more where that came from.

In fact, it looks like the PS 5 will attempt to make loading screens a thing of the past. This is according to a recent continuation patent filed by Sony and which was granted by the United States Patent and Trademark Office on Tuesday. The latest version of the patent describes how a future gaming system could split up game environments into various segments to enable smooth loading transitions.

If it performs as described, then gamers could smoothly move to any in-game area without having the game pause to boot up another map.

Sony’s new system achieves this by splitting games up into a kind of jigsaw puzzle. Whenever a player steps into one of the pieces, or areas, the adjacent pieces will load automatically in the background in case the player chooses to travel in that direction. Here’s a summary of the patent:

A loading screen means one of a few different things. Sometimes, it means that the console is transferring data from the hard disk memory to the console’s random access memory (RAM), which may be what renders your graphics. It might also mean the console is freeing up used RAM to use in the next level or stage. Current consoles and games have already come a long way toward eliminating wait times, but Sony promises to optimize this loading process even further.

The feature seems pretty likely. Not only does the continuation patent suggest Sony has been developing the technology for some time, but other companies have already achieved similar feats. Rockstar’s latest title, Red Dead Redemption 2, eliminated mid-game loading screens with a variation of this technique.

The PS 5’s solid state drive and next generation random access memory tech (dubbed GDDR6 RAM) will both make reading, writing, and editing information on the console faster than ever before. GDDR6 RAM, in particular, will be relevant to the problem of background loading as well.

GDDR6 RAM will succeed the GDDR5 RAM found in current-generation consoles. The new system will almost double the data transfer speed and improve its information processing to handle bigger loads. All of that will result in gamers spending far less time staring at a still image, and far more time exploring virtual worlds.

The PS5 is expected to be released in the fall of 2020, around the same time as Microsoft’s Xbox Scarlett consoles. If you decide to stick with consoles, that is, you may be able to say goodbye to loading screens for good.

More like this
Gaming
16 hours ago
All 12 Yakuza games, ranked from worst to best
By Hayes Madsen
Gaming
Sep. 26, 2022
'Deathloop' Yerhva answers: Every correct response to all 10 questions
By Just Lunning
Gaming
Sep. 25, 2022
Everything we know about Rise of the Ronin, Team Ninja's new samurai epic
By Joseph Yaden
Related Tags
Share: