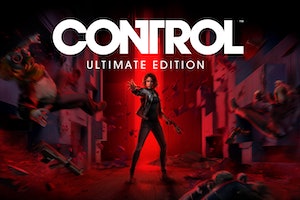 games to claim in February

PlayStation Plus and Xbox Live Gold subscribers are able to claim several games every month at no additional charge as part of the subscription. Additionally, PlayStation Now and Xbox Game Pass offer even more robust subscription-based options that give anyone access to a large library of games that are essentially free.

While some months are obviously better than others, February 2021 is fantastic for subscribers to all of these services as multiple AAA games will be available across PS4, PS5, Xbox One, Xbox Series X, and Xbox Series S via these services.

If you do have a paid subscription to PS Plus or Xbox Live Gold, these are the games you should keep an eye out for in February 2021.

PS Plus features 3 free games for North American subscribers in February 2020, including a new PlayStation 5 exclusive, a next-gen remaster, and one of Sony's most unique PS4 exclusives.

Destruction AllStars was supposed to be a PS5 launch title, but it's instead coming out in February as the main PS5 game for PlayStation Plus. This is a multiplayer vehicular combat game where players can take control of several quirky characters that have unique abilities in and out of vehicles.

There are several modes to choose from, which Sony went over in a new State of Play dedicated to the game. Check that video out below. Destruction AllStars will be free for PS Plus subscribers from February 2 until April 5, 2021.

Control was a 2019 action game by Remedy Entertainment that gained rave reviews thanks to its distinct style and supernatural elements. It follows Jesse Faden as she explores The Oldest House, a paranormal building and base of the secret Federal Bureau of Control.

Control: Ultimate Edition bundles in the game's DLC, which crosses over with cult classic Alan Wake, and remasters the game for next-gen consoles. Players will get both the PS4 and PS5 versions of Control with PS Plus, though progress doesn't carry over across console generations. Control: Ultimate Edition will be free from February 2 until March 1, 2021.

Pixelopus is Sony's smallest internal studio, but this also allows them to take exciting risks. The studio's biggest game yet, Concrete Genie, is free on PS Plus in February. The game follows a boy named Ash as he fights back against bullies by using a paintbrush that brings what he draws to life.

There really isn't anything else like Concrete Genie, so it's a very solid addition to PS Plus, even if the game has not received any PS5 enhancements. It will be free until March 1, 2021.

This monthly subscription service is expensive and a lesser version of Xbox Game Pass, but it lets players try several PS4 games, either through the cloud or a console download.

If you're getting tired of Black Ops Cold War, you might want to give Black Ops III a shot! This game goes full sci-fi though in its character classes and story. It also features a four-player local split-screen or online in all modes. It will be on PlayStation Now until April 29, 2021.

This is a wackier, more arcade-style take on the WWE game formula following the backlash the last realistic game received. It features tons of old and new wrestlers, a story mode, and online tournaments where players can show their skills. It will be available through PS Now until August 2, 2021.

This thought-provoking narrative adventure game from Quantic Dream touches on the morality surrounding human-like androids. Should they live their own lives or be considered slaves? Should they have basic human rights? It's worth a try if you like narrative-focused though-provoking games. It will stay on PS Now indefinitely.

The fourth game in the Darksiders series changes things up, playing as an isometric, Diablo-like action RPG instead of a Zelda or Dark Souls clone. It features local and online co-op with playable horsemen Strife and War and is staying on PS Now indefinitely.

Ahead of the launch of its sequel, this intense horror platformer is coming to PlayStation Now and will be on the service indefinitely. It's only a few hours long, so it's worth checking out if you want to also play the sequel.

The thrilling sequel to Hotline Miami is also coming to PlayStation Now and not leaving anytime soon. Try this one if you love instance action games or beautiful retro-style art.

Xbox Live Gold is also having a fantastic month of free games that includes titles from the original Xbox all the way to an Xbox Series X enhanced version of one of the Xbox One's best games.

Gears 5 is the latest mainline game in the Gears of War series and one of the best games on Xbox One. It's a gritty third-person shooter that follows Kait Diaz as she discovers her family history and tries to take down the Locusts. It brings the typical Gears formula into more open-ended areas and was a shining spot in Xbox's somewhat lackluster Xbox One exclusive lineup.

The game was even enhanced for Xbox Series X and Xbox Series S, so you will see a noticeable benefit when playing on those systems. Gears 5 will be free from February 1 until February 28, 2021.

Indiana Jones and the Emperor's Tomb

Hot of the announcement of MachineGames and Bethesda's new Indiana Jones game, Microsoft is making that last notable non-LEGO Indiana Jones game free on Xbox Live Gold. This third-person action game was released for the original Xbox in 2003 and benefits from auto-HDR and improved load times on Xbox Series X. It will be free from February 1 until February 15, 2021.

Lost Planet is a mostly forgotten Capcom series from the Xbox 360 console generation, but Xbox is giving players a chance to play the best game in the series. This is a third-person shooter where players fight a variety of large creatures on an alien planet. You can even pilot a mech!

Lost Planet 2 also features competitive and cooperative multiplayer, so this might become a fun new game to play with your friends that also have Xbox Live Gold. It will be free from February 16 until February 28, 2021.

Dandara is a satisfying indie Metroidvania where players slowly explore a large, expansive 2D world. Its main gimmick is that players can only move by teleporting between white surfaces on the ground, which can make movement its own kind of puzzle. Dandara: Trials of Fear Edition will be free as part of Xbox Live Gold from February 16 until March 15, 2021.

As usual, lots of new games of all kinds are coming to Xbox Game Pass across PC, Xbox One, Xbox Series X|S, and mobile.

Ghost of a Tale

Ghost of a Tale puts a twist on your typical medieval action RPG by making you a mouse as he fights rats and other anthropomorphic animals. It will be added to Xbox Game Pass for PC on February 4, 2021.

Project Winter is an intense survival game where 8 players must work together to escape a harsh winter. It will be available for Xbox Game Pass across PC, console, and mobile on February 4, 2021.

The Falconeer is an exhilarating flight combat game where players ride falcons and fight others across a large oceanic world. It was a launch title for Xbox Series X, and will now be available through Xbox Game Pass across PC, console, and mobile starting on February 4, 2021.

Have you ever wanted to manage a dinosaur theme park? Well, this game lets you do that in the universe of Jurassic World. It will be available through Xbox Game Pass on console and mobile starting February 11, 2021.

Stealth Inc. 2: A Game of Clones

This stealthy puzzle platform tasks players with escaping a high-tech testing facility with several clones. It comes to Xbox Game Pass for mobile and console on February 11, 2021.

Obsidian Entertainment's critically acclaimed isometric RPG is coming to Xbox Game Pass for mobile and console on February 18, 2021. Upcoming Xbox Series X exclusive Avowed is set in the same, so play this to be all caught up!

This racing game is focused on demolition derbies and destruction, even more so than the PS5's Destruction AllStars. It will be added to Xbox Game Pass for console, mobile, and PC on February 18, 2021.

This competitive multiplayer platform was a blast with friends in the arcade, and this version of the game transition the experience to home consoles. It's on Xbox Game Pass for console and mobile starting February 23, 2021.

Dirt 5 is the latest entry in the long-running racing series and was a flagship launch title for the Xbox Series X. It will be available on Xbox Game Pass across PC, console, and Android on February 23, 2021.

This game is a multiplayer, open-world space sim on par with No Man's Sky that truly lets you embrace the fantasy of being a pilot in a harsh galaxy. Elite Dangerous comes to Xbox Game Pass for console on February 23, 2021.

More like this
Gaming
Sep. 20, 2022
You need to play the most meditative job sim on Xbox Game Pass ASAP
By Willa Rowe
Gaming
Sep. 28, 2022
Demon's Souls and 9 more great sci-fi and fantasy game deals on PlayStation
By Robin Bea
Gaming
Sep. 27, 2022
All 12 Yakuza games, ranked from worst to best
By Hayes Madsen

This article was originally published on Jan. 28, 2021