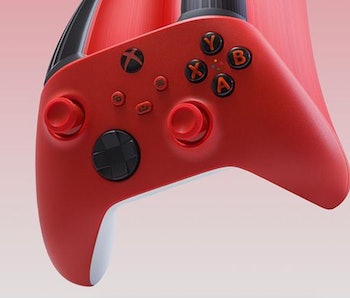 It was a whirlwind weekend for the sort of Xbox player who scrutinizes the company's policies, and perhaps unluckily for Microsoft, that sort of player is also very loud and very online.

On Friday, Microsoft announced it would increase the price of Xbox Live Gold, its service for online play from $9.99 to $10.99 a month, with similar scaling for three- and six-month plans. The change would have bumped the cost of a six-month subscription up by $20.

After swift backlash, Microsoft reversed the change and even announced that free-to-play, online multiplayer games — like Fortnite and Call of Duty: Warzone — would no longer require Xbox Live at all to play.

Xbox owners are now left with a few questions after the corporate 180. What does it all mean for Microsoft? Well, the fan outrage over the price hike has a silver lining for us players, and probably, for Microsoft.

Microsoft: We here for you — With apologies to Succession, Microsoft is looking to let its customers this: we're here for you. Leading up to the Xbox Series X’s launch, Microsoft repeatedly noted that it was listening to its players closely. Microsoft wants to be this generation's video games good guy.

When speaking to Inverse in early November 2020 about the company’s decision to reverse its policy on Digital Rights Management, which would have restricted players from selling or trading in games, Xbox Director of Program Management Jason Ronald said, “It comes down to being player-centric and listening to feedback from the community.”

Xbox Head of Gaming Services Ben Decker trotted out a similar line when speaking to Inverse about Game Pass in December: “Member feedback is core to how we iterate and plan out the product,” said Decker.

This weekend’s reversal shows that the company is sticking to its word. When the community loudly criticized the pricing plan, Microsoft quickly changed course. And unlocking free-to-play games shows that Microsoft is doing more than making knee jerk reversals to placate fans.

As recent history shows, a far cry from Sony and Nintendo’s relationship with its players. Sony hasn't reversed some strict policies, such as its longstanding resistance to cross-platform gameplay. Meanwhile, Nintendo has taken aggressive stances to protect its intellectual property. It's also dismissed player complaints, like the ongoing insistence that Joy-Con "drift" on the Nintendo Switch “isn’t a real problem.”

Microsoft is in a position to be the “good guy” of this console cycle. Considering that there’s still a massive swath of gamers ready to swear their allegiance to one console, good-faith decisions like this go a long way.

Microsoft is making the most of its underdog status — While Microsoft’s decision lives up to its mission, it also reinforces its current position in the gaming landscape. The company headed into this generation as an underdog. That means that the company has to be more careful with its decisions.

Sony sold 113.4 million PlayStation 4 units last generation, whereas Microsoft sold less than half that number in Xbox One consoles, moving 51 million units. The Nintendo Switch has already surpassed that number in under four years. While Sony and Nintendo enjoy the kind of captive audiences that give them more leverage over fans, Microsoft is very much in rebuilding mode.

These dynamic shifts are standard in gaming. Microsoft seemed invincible after the Xbox 360, but its standing sunk after unveiling its initial “always online” Xbox One model to fan outrage. That allowed Sony to play the role of friendly underdog and raise its position after a middling PlayStation 3 era. Nintendo similarly rose out of the gutters following the Wii U by being quick to abandon the system and court fans back with a more user-friendly pitch.

Even if you don’t follow sales figures, you can always tell who’s in last place by how attentive companies are to their audiences. Microsoft needs to build its user base over the next few years, and it’ll do that by being as consumer-friendly as possible. It’s unlikely that Nintendo or Sony will have to work quite as hard considering how large those audiences are.

The outcomes of those attitudes won’t become fully clear until the next cycle hits, but Microsoft is putting itself in a position to regain any ground it lost in the past decade.

It’s time to combine Game Pass and Xbox Live — One thing that’s becoming clear in this entire kerfuffle is that Xbox Live is starting to feel obsolete as a standalone service. The online subscription plan is included as part of Xbox Game Pass Ultimate and Microsoft is clearly trying to funnel players in that direction. The fact that the two services are still technically separate is starting to feel a bit puzzling.

Originally, the price hike almost felt like another play to incentivize upgrading to a Game Pass subscription. If players had to pay $11 for one month of Xbox Live to play online games, why wouldn’t they just pay $15 instead and get access to Game Pass, EA Play, and Microsoft’s cloud streaming service on top of that? Even the post announcing the pricing change included details on how to convert Xbox Live Gold subscriptions to Game Pass Ultimate.

The reaction shows that some fans are hesitant to take the plunge. While Game Pass is an enticing service, some players have grown comfortable with Xbox Live over the past two decades. It becomes increasingly harder to wean people off of it, especially when that means shelling out a little extra money.

Microsoft needs to pull the Band-Aid off. The split subscription model only gets more confusing with time. Xbox Live’s Games With Gold perk feels particularly redundant thanks to Game Pass, making it unclear what the difference is. Folding both into one another would make Microsoft’s ecosystem feel much more cohesive and less like the company is spreading itself thin to maintain its captive Live subscribers.

That’s a similar problem that Sony faces with PS Plus and PS Now. Gaming companies have experimented for years to find the best way to capitalize on a subscription model with many drafts. Microsoft and Sony have finally struck gold, but won’t sift the dirt out.