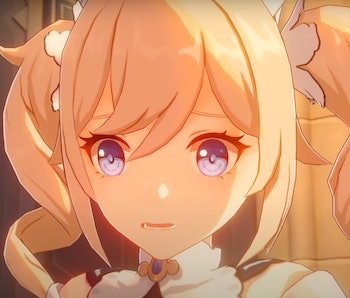 Genshin Impact is a gacha game, which means that luck (and money) determine who unlocks the best characters the game has to offer through a gambling-esque kind of lottery system. But thankfully, if you don’t want to invest the time, money, and luck into unlocking the game’s best 5-star characters, there are some 4-stars that can fill their roles or, according to some, even outdo them. If you missed out on top-tier characters like Venti previously, there’s always an alternative.

Many 4-stars exist as “budget” replacements for certain 5-stars. Genshin Impact offers many free and 4-star alternatives that can still carry you through the game, and even the Spiral Abyss, with the right weapons and artifacts. Most of them need a couple of constellations to reach their best utility. However, it’s inevitable to receive them while pulling for 5-star characters. So you might as well optimize some builds for them.

Players are guaranteed one 5-star character, the highest-ranking kind of character, every 90 rolls. Primogems don’t exactly fall into your lap, so free-to-play (F2P) players usually have to grind for days to save up enough Primogems to buy a 10-pull, let alone nine of them. Thus, it’s hard to find players who have many 5-stars without spending money.

Note that these 4-stars aren’t one-to-one replacements. They just fill the same roles as their 5-star counterparts adequately enough for them to be part of the meta and offer players a “cheaper” version of the 5-star they might not be able to get.

Many compare Sucrose to Venti and Kazuha because she is essentially used for the same reason: swirl damage and enemy suction. However, the three of them apply that in different ways. Sucrose creates by far has the least suction, with her elemental skill and burst working more like a “yank” compared to the strong pull Venti and Kazuha’s skills have. Kazuha can draw enemies close with his elemental skill, and Venti’s burst is as good as an Anemo blackhole.

Sucrose is the only catalyst-user of the three, which minorly helps because of how easily she can cause Swirl damage with her normal attacks. However, her Elemental Mastery buffs and Elemental damage buff at C6 are the real reason she’s a contender. Still, many find she needs a higher constellation to compete with her 5-star counterparts. That being said, tacking on the right artifacts should help alleviate some of the downsides like her slow cooldown.

Xiangling can bring the heat, even without as much firepower as Hu Tao. Her ult, the Pyronado, is especially useful for dealing Pyro damage and stays on the field even when Xiangling isn’t on the field. Because of this, people tend to use her to trigger elemental reactions. If you want to do heavy Pyro damage, apply four Severed Fate artifacts and a Pyro damage goblet. Alternatively, a four-piece four Crimson Witch of Flames can do the trick.

Note that Xiangling won’t work quite the same as Hu Tao, considering the 5-star is a DPS. Hu Tao is very unique as a DPS with how she loses HP whenever she uses her skill but makes up for it with tons of Pyro damage. Xiangling isn’t as effective as the main damage dealer, but she can be built as a DPS character with the right kit, too. One of the most popular builds involves equipping her with the Crescent Spike as a Physical damage dealer.

Noelle’s shielding capabilities make her an effective replacement for Zhongli. She shields with her elemental skill and heals based on the damage she does while her shield is up. One of the biggest differences between the two is Noelle’s capacity to heal at a lower constellation, but her healing requires her to also have a reasonable attack stat to get the most out of it. Still, a built Noelle works as a sturdy defender in the Geo Archon’s stead.

Zhongli is one of the most effective shielders and damage dealers in the game, best known for his sturdy shield and petrifying meteor ult. He and Noelle effectively have the same damage absorption, but his buffs put him a tier above her. Also, his ult is devastating without needing to keep him on the field for an extended amount of time. Meanwhile, Noelle’s Sweeping Time takes time to build up damage and takes time away from your DPS.

Many call Yanfei “budget Klee” because of how easily she fits the same archetype. They both work as Pyro catalyst users who deal Pyro damage and trigger elemental reactions. Yanfei can fluidly deal Pyro damage from farther away and attack at quicker speeds than her 5-star counterpart. Some players even find Yanfei’s playstyle more fluid and easier to use. However, Klee still outdoes her as a Pyro catalyst DPS with raw damage.

Klee used to be a popular character in the meta for her Pyro damage and explosive ult, but since then, she’s fallen out of favor in comparison to newer characters like Hu Tao. One person even claimed that she benched her Klee in favor of the Yanfei. If the Pyro-casting lawmaker interests you, we even have a guide for what kind of items you need to farm for Yanfei.

Barbara is one of the most popular healers in Genshin Impact as a guaranteed free character you can get at the start of the game. Some argue that she isn’t as useful as Diona or Bennett, who can fill multiple roles in a party depending on how they’re built, but she excels as a character with a kit focused on healing. She’s essentially budget Kokomi, but she’s arguably even better than her.

Kokomi’s main utility is as a healer. If you’re looking for Hydro DPS, you’re better off rolling for Childe. In that sense, there’s not much sense using her over Barbara unless your Barbara is an unfortunately low constellation number. A C6 Barbara can even heal a downed character to max HP, something that not anyone else in the game could do.

Fischl doesn’t exactly line up for one character, though she can fill the roles that Raiden, Yae Miko, or any other Electro support would fill depending on her constellations and build. C0 Fischl isn’t going to do much, but even just C1 will significantly increase her potential. Not to mention her “Machine Gun Fischl” reputation, which is great for DPS but not as much for Electro support.

Her elemental skill summons her raven, Oz, who will intermittently zap enemies with Electro energy until it runs out. This works similarly to Yae Miko’s pegs, though Fischl only has one. She doesn’t quite hold a candle to Raiden Shogun, whose elemental skill liberally applies Electro to anything her teammates touch, but she’s a good replacement for someone who can’t afford to roll on her banner.