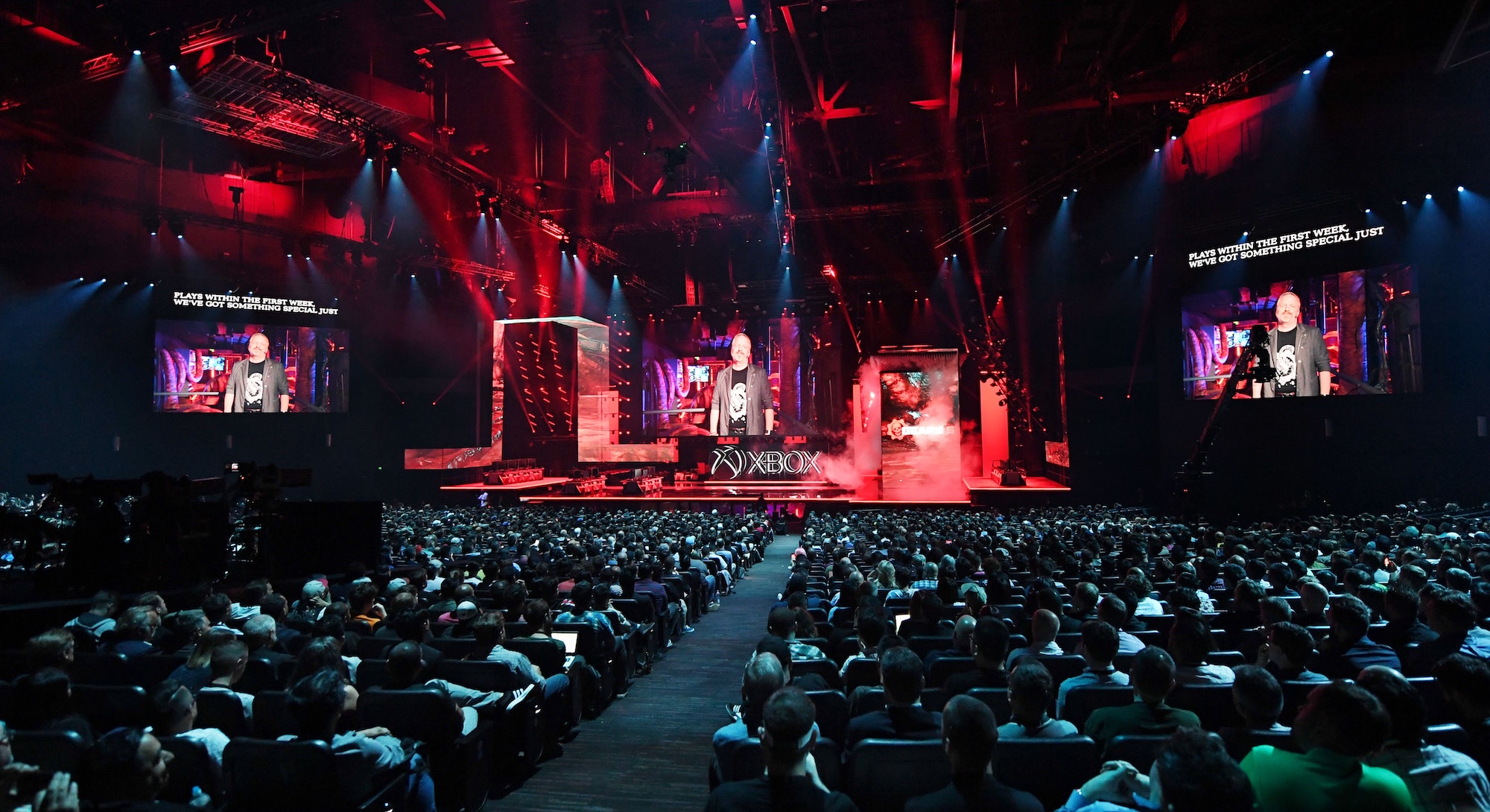 The video game industry’s centerpiece event will return in June 2021 with a digital-only showcase featuring announcements from Nintendo, Xbox, Capcom, Konami, Ubisoft, Take-Two Interactive, and Warner Bros. Interactive. A conspicuous holdout since 2019, Sony will not participate in the event for a third consecutive year. While E3’s relevance has been debatable for years now, the event’s return is a welcome change after 2020’s never-ending summer of announcement livestreams.

While the announcements and surprises in store for this year’s event are anyone’s guess at this point, here are 11 of our tongue-in-cheek predictions for E3 2021.

Keanu Reeves takes to the stage to apologize for Cyberpunk 2077

When Keanu Reeves emerged through a burst of fog onto the stage at E3 2019, smiled from ear to ear, and called all of us breathtaking, Cyberpunk 2077 was, in that moment, the greatest video game of all time. The futuristic open-world adventure peaked during that preview 1.5 years before launch. Perhaps we can all forgive the collective letdown that was the game’s troubled launch if Keanu himself delivers a mea culpa on-stage … before running through the patch notes for the game’s latest update that will finally make it fun to play on consoles. — CP

Nintendo shocked fans during its June 13 E3 Direct presentation by finally unveiling a trailer for Metroid Prime 4. The long-delayed adventure game got its first gameplay trailer, showing off a return to form for the dormant series. The trailer was a surprise, but the real shock came via a reveal of the release date. Nintendo says that the game is arriving this October, just in time to celebrate Metroid’s 35th anniversary. — GC

E3 featured plenty of exciting trailers for new games, but you may have missed the biggest tease. Valve may have finally revealed Left 4 Dead 3 in a sneaky way. At one point during the broadcast, the live feed died, but came back to life a few minutes later. That’s suspiciously the exact behavior of zombies, so it seems like the long-awaited sequel is finally in the works. Valve previously denied that it was working on a sequel to the multiplayer horror game, but the sneaky tease runs contrary to that claim. The game does not have a release date, but it’s rumored to drop sometime after Half-Life 3. — GC

Bloomberg and other outlets have reported for years now that Nintendo has been working on a high-spec refresh for its enormously popular hybrid console, unofficially known as the Switch Pro. But the Osaka game-maker also has a long history of marching to the beat of its own drummer and making weird-ass peripherals. With the Switch continuing to sell like hotcakes four years into the console’s lifecycle, Nintendo’s free to indulge in its favorite side hustle — making musical instruments out of fancy-ass cardboard. — JG

We’ve been anticipating 2021’s most anticipated game since 2019. The lack of any real news regarding FromSoftware’s Elden Ring has morphed into a sad meme. The pandemic likely interrupted production, but the time is nigh for publisher Bandai Namco to lift the curtain. — CP

Rumors of Microsoft buying Sega have circulated throughout the industry on and off for nearly two decades. Social distancing measures throughout 2020 struck a major blow to Sega’s arcade business in Japan, prompting the company to restructure. Sega’s survived tough financial times before, like when it exited the console market in the early 2000s. So a sale to Microsoft isn’t super likely, but a sweetheart deal to bring underappreciated games from Dreamcast and Saturn to Xbox could be a win-win scenario. — JG

On March 31, Nintendo killed Mario when it delisted Super Mario 3D All-Stars and Super Mario Bros. 35, despite the popularity of both games. While the internet took this idea a little too far, it’s still disappointing that players can no longer purchase these titles. We hope Nintendo chooses to restore these games, whether individually or all as part as one package again. E3 would be the perfect place to confirm that. — TF

Microsoft needs Halo Infinite to come out this year. The Xbox Series X has struggled to put out high-profile exclusives thus far, but Halo Infinite could be the start of a momentum shift in Microsoft’s favor. We want to see a firm October or November release date for Halo Infinite — and gameplay that’s significantly improved compared to what was shown back in July 2020. — TF

Nintendo reveals that Mario has actually been dead for years

It’s become a running joke that Nintendo planned to kill Mario at the end of March when Super Mario 3D All-Stars and Super Mario Bros. 35 were pulled out of circulation — and don’t forget that brutal Smash Brothers moment. But what if Nintendo actually leaned into the meme and announced that Mario had been dead for years? This could be the perfect setup for Luigi’s Mansion 4. — JK

Surprise: Final Fantasy XVI is out now on PlayStation 5

Yes, it’s a total longshot, but the sixteenth mainline entry in the Final Fantasy series has been full of surprises since its debut at Sony’s September 2020 PS5 showcase. Said debut featured cutscenes that resembled Final Fantasy XIV: A Realm Reborn and gameplay that looks like an even more action-oriented alternative to FF7 Remake. Most reports indicate the game is very late in the development process, so a release date sooner rather than later seems possible.

Though Square Enix has begun hosting its own Square Enix Presents livestream series, it’s possible the summer update could occur during E3. A surprise-release would be the perfect sensational headline out of E3 2021. — CP

Nintendo unveils GamePass competitor: $30 per month for hundreds of titles

This is really just wishful thinking, but considering Nintendo’s vast library of games that you can’t play on the Nintendo Switch, the company really needs some kind of service so you can play old GameCube and Wii U titles on the go. We’ll probably eventually get a digital storefront a la Virtual Console, but a streaming service inspired by Xbox Game Pass would be so much sweeter — even if Nintendo charged twice as much as the competition. — JK