'GTA 6' leaks: This ambitious rumor is way too arrogant to be true 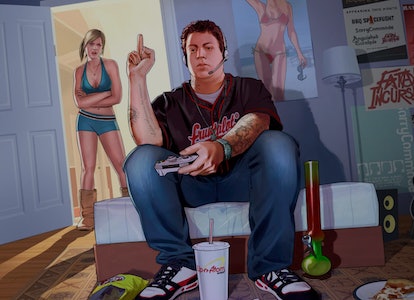 Another Grand Theft Auto 6 leak has reared its head, and it might be the most aggressive one ever!

This rumor, which first emerged on 4chan and has since made the rounds on sites like Imgur, Reddit, and Screen Rant, is from an anonymous user who claims to know details about the highly anticipated game’s structure and impending announcement. It’s all somewhat plausible and lines up with previous rumors, but there’s something about the tone of the post that feels off. Still, could they be right?

The 4chan post is from an anonymous user who won’t reveal their identity but claims to work with Rockstar in a “coordinating capacity.” They also claim that we’ll find out about the game “much sooner than you think” because the key art to go along with the announcement is already done.

After boasting that Rockstar has never stopped working on the new GTA, they explain that the game is somewhat connected to the “Project Americas” leak that has gone around. It claims players will be able to explore six cities in the game, many of which are locations that we are already familiar with.

The leak also says that mechanics for GTA 6 are constantly tested in GTA Online, though a recent update that added new locations of the game’s map was met with mixed results and pushed dates back (even though the post claims an announcement is coming soon).

They also tease that the updated designs for Liberty City and the Northern Pass area are beautiful before concluding with a comment about how the game will be a platform where GTA Online can indefinitely prosper. All things considered, this isn’t too outlandish of a leak. The most surprising revelation is the claim that there will be six locations based on GTA V content and that a reveal is coming very soon.

That isn’t what makes this leak super memorable, though. The actual tone throughout the post comes across a bit arrogant.

“I’ve worked in a coordinating capacity with Rockstar for quite some time now,” they write. “But in the end, I’m a gamer and I’m most loyal to you all.” In some ways, it already reads a bit toxic.

“Watching these supposed ‘leaks’ lately have just been sad,” they say. “It has always been something I found funny but the last copyright strike one just made me sad for you all.” More language that evokes the vitriol and contempt of the bygone GamerGate era. “What else do you think we’ve been doing for a decade?” the user later wonders.

“We test new assets and mechanics constantly in GTAO,” they say. “I genuinely don’t know how you all aren’t seeing it.” The hoarding of information and insulting tone of the post stands out as fairly suspicious.

Leaks aren’t usually this thorough or this aggressive, which makes it all seem that much more suspicious. It would be exciting if the information contained within this 4chan post were actually true, but there’s no reason to believe this pompous unless the claims are outright confirmed or some kind of hard evidence emerges.

4chan list leaks like this are rarely ever true. Still, if this is an actual Rockstar employee leaking the game and it somehow turns out to be real, the leaker is extremely cocky about the whole ordeal. As always, take posts like this with a major grain of salt until Rockstar actually reveals the game. At least it’s moderately entertaining.