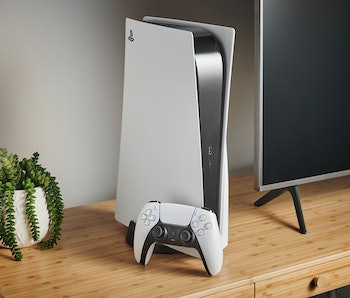 There’s no better feeling than when an exciting new game or console gets announced. While 2020 lacked traditional events like E3 that normally act as a one-stop shop for dozens of industry reveals, developers, publishers, and hardware makers still had plenty of big news for gamers to spread throughout the summer. From massive surprise studio acquisitions to unexpected games and brand new consoles, there were numerous major video game announcements this year.

In a December poll of the best games and gaming moments of 2020, these were Inverse readers' most memorable gaming reveals of the year, as chosen by 1,268 respondents.

8 percent of respondents (101 votes) agreed that this year's most memorable announcement was that Steve from Minecraft would be added to Super Smash Bros. Ultimate. Smash Bros. DLC announcements typically are very exciting, though the first two of 2020 were more low-key as they were from Nintendo franchises like Fire Emblem and Arms.

We learned that Steve from Minecraft was coming to Super Smash Bros. Ultimate on October 1.

Steve, on the other hand, was a shocking surprise and a long-requested character. Minecraft’s representation seemed so absurd because it didn’t seem like the crafting game’s mechanics would transfer well to a fighter, so Steve had started to reach the same level as meme-status requested fighters like Goku.

This announcement showed that Steve from Minecraft does truly work in Smash Bros. and proves that no one is really off the table. That was once again reinforced when Sephiroth was announced for Super Smash Bros. Ultimate at The Game Awards.

Xbox has been on quite the acquisition spree over the past couple of years, but the announcement of Microsoft’s intent to acquire Bethesda parent company ZeniMax Media in September was still super shocking and industry-changing. That's why it made sense that 12.8 percent of respondents (162 votes) thought this acquisition was the most memorable announcement of the year.

When this deal is complete, Microsoft will own ZeniMax Media. Players know them better as “Bethesda”, though that's technically just the name of one developer and their publishing division. With this acquisition, Microsoft now owns developers like Bethesda Game Studios, ZeniMax Online Entertainment, iD Software, Arkane Software, MachineGames, Tango Gameworks, and more as well as IP like The Elder Scrolls, Doom, and Dishonored.

Heading into PlayStation’s September showcase, the PS5 already had a solid lineup of exclusives like Demon’s Souls and Ratchet and Clank: Rift Apart. While rumors of a new God of War had floated around since the critically acclaimed 2018 game’s release, a sequel was finally confirmed at the end of that September 16 presentation.

We still don’t know much about the sequel, which fans have deemed God of War: Ragnarok thanks to its tagline “Ragnarok is coming.” Even with Sony’s stacked PS5 exclusive lineup, the prospect of a new God of War is extremely exciting.

As such, it’s no surprise that it was the most memorable video game announcement of 2020 for 24.1 percent of respondents (306 votes).

The lead-up to the release of all of the next-generation consoles this year was excruciating as the Covid-19 pandemic meant that the new systems weren’t as public as they normally would. Sony, in particular, was super secretive about the PlayStation 5. Before June 2020, all we had were rumors, a boring presentation teasing the system’s specs, and a tech demo that wasn’t actually a real game.

This all combined to make the “The Future of Gaming” showcase held by Sony on June 11 super satisfying as we learned about loads of upcoming PS5 games for the first time. Still, there was some doubt that the console would be shown. Thankfully, Sony concluded the presentation by officially unveiling the PS5, which has a distinct and futuristic look, unlike any other video game console.

The PS5's design is definitely over the top, with large side panels that make it look like an internet router. While that aspect of the styling seems a bit unnecessary, it certainly allows Sony's new hardware to stand out. The reveal prompted a deluge of memes, some praising the edgy design and many others roasting the flashy aesthetics.

Even more surprising was the existence of a PlayStation 5 Digital Edition for those that wanted to forgo physical games this generation. It was by far the most significant video game announcement of the year and the clear winner for 41.1 percent of respondents (521 votes).