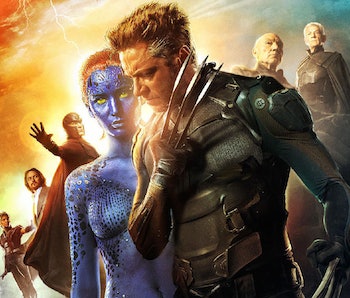 For a half-hour comedy about a green-skinned lawyer, She-Hulk: Attorney at Law is proving to be surprisingly important to the larger Marvel Cinematic Universe. Episode 2 of the Disney+ series not only set up a pivotal new Hulk-centric adventure, but it also introduced one of the greatest members of the X-Men to the MCU and answered one of Phase 4’s biggest lingering questions — and all in a single screenshot.

Did you miss it? Let’s dive in. Spoilers ahead!

She-Hulk Episode 2 focuses on, among other things, the viral rise to fame of Jennifer Walters and her hulking alter ego. At one point, she visits a website covering her story and we can see a few other revealing headlines. There’s one about The Eternals, which we’ll cover in a separate article, but the biggest reveal can be summed up in a single salacious headline:

There’s absolutely no denying who this is referring to. There’s only one man with metal claws that Marvel could be teasing and his name is Wolverine (or maybe Logan if you’re on his good side).

It’s also extremely in character for Wolverine to make headlines over a bar brawl. After all, back when 20th Century Fox was launching its own X-Men franchise, the first place we met Logan was at some sort of underground fighting ring located within a bar.

It’s also worth noting that the first time Wolverine ever appeared in a Marvel comic was while fighting the Hulk. At the time, he wasn’t even meant to be a Mutant. It wasn’t until Marvel set out to relaunch the X-Men with a more diverse team that the company retconned the Canadian brawler to be a Mutant with extreme healing abilities.

Wolverine and the MCU

It’s unclear what any of this means for the MCU at large just yet. Marvel still hasn’t announced an official X-Men show or movie (or at least not a live-action one). Some reports claim this has to do with the contracts left over from Fox, which won’t expire for a couple more years. But if Wolverine already exists in the MCU right now, it’s possible we could see him sooner than that.

Ms. Marvel also ended its excellent first season by revealing that the title character was a Mutant too. And with the teenage superhero set to appear in 2023’s The Marvel’s, it’s possible that might be the perfect place to introduce the Wolverine and a few other X-Men.

She-Hulk is streaming now on Disney+.