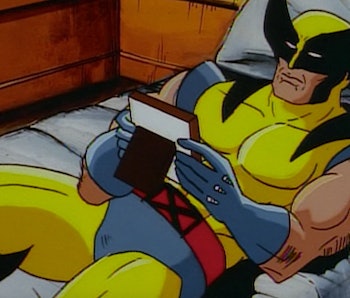 Two years after Disney officially acquired 20th Century Fox, Marvel Studios is finally working on its first X-Men project, but it’s probably not what fans expected it to be.

As part of its 2021 Disney+ Day celebration, Marvel has officially announced X-Men ‘97, a new sequel series to the beloved 1990s superhero cartoon, X-Men: The Animated Series. While little is known about the project, it promises to give both longtime and casual X-Men fans alike plenty of fun mutant mayhem and may offer some insight into how Marvel plans on approaching the group’s mutant characters in the Marvel Cinematic Universe.

Here’s everything you need to know about X-Men ‘97 — from its release date to its cast.

While no specific release date has been set for it yet, Marvel has confirmed that X-Men ‘97 will premiere on Disney+ sometime in 2023.

Marvel has confirmed that most of the voice cast from X-Men: The Animated Series will be returning for X-Men ‘97. Actors Cal Dodd, George Buza, Alison Sealy-Smith, Lenore Zann, Catherine Disher, Chris Potter, Christopher Britton, and Adrian Hough are all set to provide their vocal talents for the series, with some playing the same roles they did in X-Men: The Animated Series and others playing entirely new characters.

It has not yet been announced who any of these actors will be playing in the series. However, it has been said that the show will pick back up with the original series’ cast of characters.

The plot of X-Men ‘97 has not been officially announced yet. That said, according to Marvel.com, the series will begin with an “impactful event” that brings the X-Men back together.

Additionally, X-Men: The Animated Series producers and showrunners Eric and Julia Lewald are working as consultants on the new show, which will be executive produced by head writer Beau DeMayo, whose previous writing credits include The Witcher: Nightmare of the Wolf, The Witcher, and The CW’s The Originals.

Talking about the new series, Brad Winderbaum, the Head of Streaming, Television, and Animation at Marvel Studios, teased the following:

“This is the first X-Men title produced by Marvel Studios. What an amazing first step to reintroduce audiences to the X-Men with a look at one of the most pinnacle eras of the X-Men comics, which was the ‘90s. That iconic style that has its roots in Chris Claremont, and is celebrated in Jim Lee, and then again in The Animated Series.”

As of this writing, no trailer has been released for X-Men ‘97. The series was only just recently announced during the 2021 Disney+ Day celebration, so it’ll likely be a bit of time before Marvel fans see anything from the series as well. However, a 2023 release does indicate that work on it is already underway.

What remains to be seen, of course, is how X-Men ‘97 ends up connecting to Marvel Studios’ greater mutant plans — if it even does.