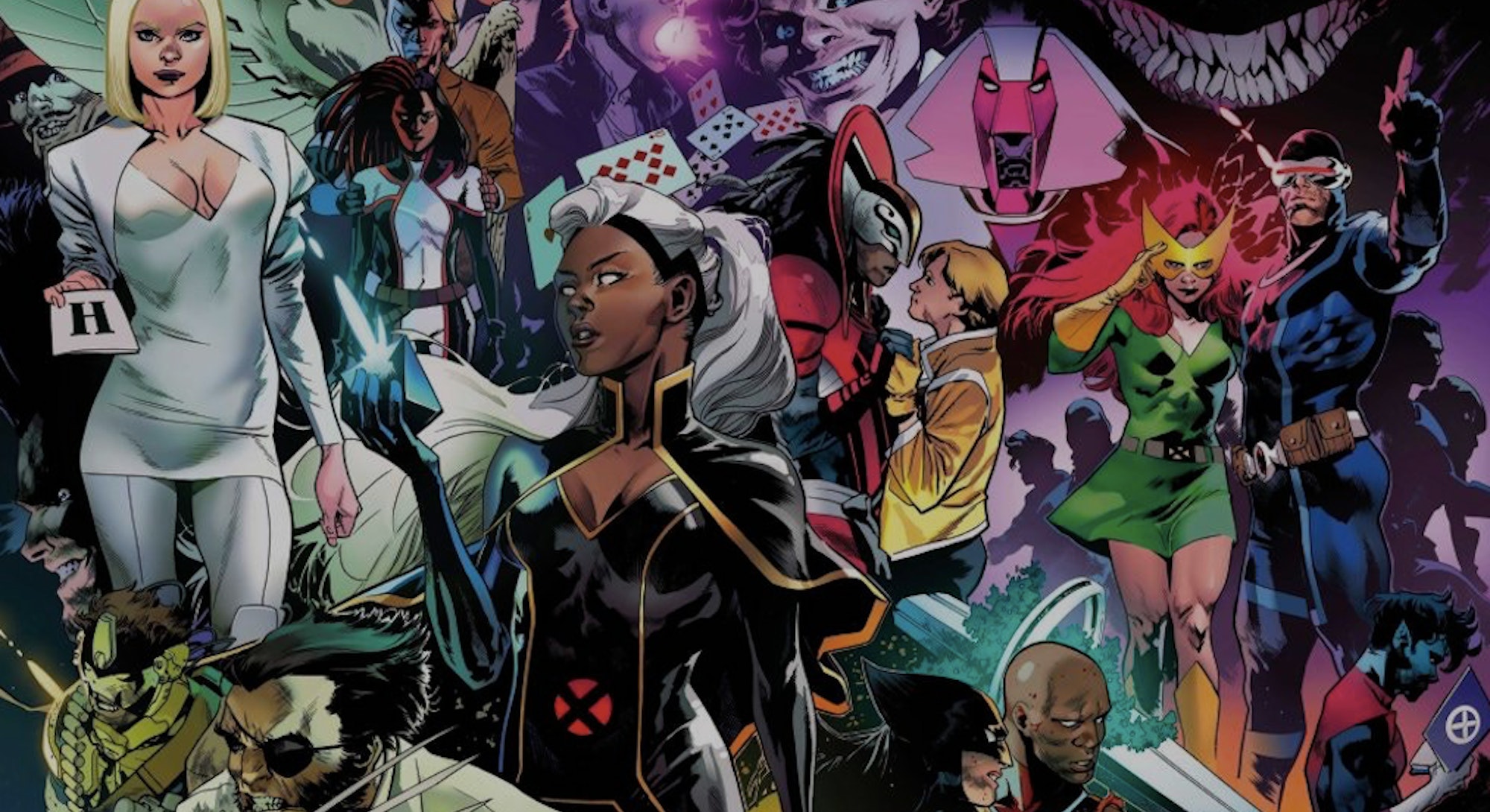 When it comes to the Marvel Cinematic Universe, there’s one question on everyone’s mind.

Are Tobey Maguire and Andrew Garfield in Spider-Man: No Way Home? Nope, not that one.

Who will be cast as the Fantastic Four? Not that either.

Are the ABC and Netflix Marvel series canon? Nah, not where I was heading.

Ok, so there’s more than one question on everyone’s mind when it comes to the MCU. But certainly, near the top of any list is: When are the mutants coming and how will they be different from, and better than, the X-Men of superhero movie past.

Comic book fans have never been at a loss for X-Men films and spin-offs. For 20 years, the mutant superhero team helped solidify Marvel as a cinematic powerhouse after the success of Blade (1998). Through its ups and downs, 20th Century Fox’s X-franchise made household names out of stars like Hugh Jackman, characters like Deadpool, and an associate producer named Kevin Feige who is now the President of Marvel Studios and Chief Creative Officer of one of the world’s biggest media giants.

Feige, whose career began with X-Men (2000), now has the opportunity to return to some of the characters he cut his teeth on and help a new generation of filmmakers re-envision Marvel’s merry mutants for a new age.

Now that he’s reassembled the rights to the Marvel Universe like stones in the Infinity Gauntlet, Feige has a chance to snap his fingers and remake the X-Men movies however he wants. Here are four things the MCU needs to get right to fix what the previous films got wrong.

But first: In the age of the MCU, it’s become all too easy for moviegoers to turn their nose up at what other studios have done and are doing with their comic book properties. So, while Marvel Studios has an opportunity to improve and diversify much of what came before with the X-Men as cinematic characters, I want to note that I’m a fan of Fox accomplished with the franchise. From X-Men to The New Mutants, 20th Century Fox offered more good than bad.

It’s entirely possible to look forward to the future without diminishing the achievements of the past. After all, it would be difficult to know where we want the X-Men to go in the MCU if we hadn’t seen where they’d been before that. Still, there are undeniably aspects that could be improved upon within the MCU...

If there’s one major element that I was let down by in most of Fox’s X-Men films, it was the black leather outfits. Look, I get that we were living in a post-Matrix world but part of the fun of the X-Men is their wild and colorful costumes.

While the later entries in the franchise, beginning with X-Men: First Class (2011), took significant steps in the right direction, the films still never captured the look of the comic book X-Men.

When you look at what’s being done with comic books costumes in films like Avengers: Endgame, Eternals, Zack Snyder’s Justice League, and The Suicide Squad, it’s obvious that many of the X-Men’s looks, including Wolverine’s iconic mask, can be translated to screen without looking any sillier than they’re meant to. (If John Cena can wear a metal toilet on his head and get an HBO Max spinoff, then literally anything goes.)

We’ve seen near-perfect translations from page to screen of Captain America’s costume and a Batman who looks straight out of Frank Miller’s The Dark Knight Returns. I mean, costume designers don’t have to go as heavy on the pouches as the 90s X-Men comics did, but there’s a lot to work with in terms of making those classic looks work on screen.

20th Century Fox delivered unforgettable interpretations of Wolverine, Charles Xavier and Magneto. And in regard to those last two, the studio managed to achieve that two times over with Patrick Stewart and Ian McKellen followed by James McAvoy and Michael Fassbender. But it was clear from the jump that those three characters were the mutants filmmakers were most interested in, while the rest become support for the Xavier-Magneto-Logan show.

The First Class era did rectify that somewhat, with Wolverine only being prominent in Days of Future Past, while Mystique (Jennifer Lawrence) and Beast (Nicholas Hoult) took center stage. Beginning with Apocalypse, Jean Grey (Sophie Turner) and Cyclops (Tye Sheridan) had more to do — and more chemistry than Famke Janssen and James Marsden’s iterations.

But still, the X-Men films struggled to feel like team-up movies, something Marvel Studios has demonstrated it has no problem pulling off.

The X-Men franchise also had a bad habit of introducing characters and either doing nothing with them or shoving them to the background. Remember Angel (Ben Foster, Ben Hardy)? Multiple Man (Eric Dane)? Emma Frost (January Jones)? Banshee (Caleb Landry Jones)? Jubilee (Lana Condor)? Psylocke (Olivia Munn)? As fun as it was to see many of these characters on screen, it often felt like their appearances never really amounted to anything and that they could have been substituted with any mutant character for the sake of delivering some new special-effects heavy power displays.

Marvel Studios has an opportunity to expand the spotlight to characters who may have appeared before, but who weren’t given much to do. Storm appeared in most of the X-Men films, but never truly reached the level of goddess she is in the comics. With all the mutants introduced in the comics over the years, there’s a lot of potential to explore and create new dynamics.

In fact, and this is a larger conversation best saved for another installment, but I wouldn’t be opposed if Xavier, Magneto, and Wolverine weren’t part of the MCU’s initial line-up of X-Men. Audiences already love those characters. It would be more of a feat, and more enticing for Marvel Studios to do what it does and make audiences care about characters they never thought about before — and maybe never even knew existed. We saw this recently with Shang-Chi and the success of his film. We’ll inevitably get our Wolverine, but make me fall in love with characters like Longshot, Sunspot, Polaris, and Marrow along the way.

Admittedly, I rather enjoyed the anything goes level of continuity in Fox’s X-Men franchise, where filmmakers could deliver stories without worrying where they fit in the timeline or which actor was needed to return as which character. There was a fun element to the unpredictability of it all, certainly heightened by Deadpool’s 4th-wall-breaking antics. Yet, at the same time, it will be nice to see a certain structure implanted to the X-Men again, with a sense of time passing and the relationship between humans and mutants evolving.

There’s a rich sense of history to the X-Men comics, something even more apparent in Jonathan Hickman’s current X-line in which continuity matters and informs the present. I’d like to have a sense that Marvel Studios’ mutant projects are building towards something with lasting repercussions. (Just look at Endgame and the stories we’ve seen since to understand how the MCU handles repercussions.)

Marvel Studios certainly knows how to play the long game when it comes to creating epic conflicts of heroes versus villains. It took six years for the Avengers to face off against Thanos, and the threat of Kang is just getting started in the post-Infinity Saga landscape. This isn’t to say that Marvel Studios is faultless in getting the most of potentially grand conflicts. Malekith, Hela, and Surtur all feel like wasted potential in terms of the threats they could have emerged as. Still, in considering the potential for the X-Men in the MCU, it feels that we won’t yet again jump to The Dark Phoenix Saga so quickly or see figureheads like Apocalypse dealt with over the course of one film.

Also, given how much the previous X-franchise relied on the conflict between Xavier and Magneto, it would be nice to get a break from that and introduce new conflicts and sides of the mutant equation, like Mister Sinister to the Morlocks. There’s almost as many mutant villains as there are heroes, and there’s no sense in confining those characters two the warring ideologies of two men.

The takeaway from all of this is that the MCU has a chance to offer a more expansive view and more forward-thinking approach to the sagas that concern mutants and their struggles, while also providing a more intimate approach to characters who weren’t given the spotlight previously — if ever.

And, of course, because this is Marvel Studios, the characters will also look better than they ever have on screen before, while doing what they do best.