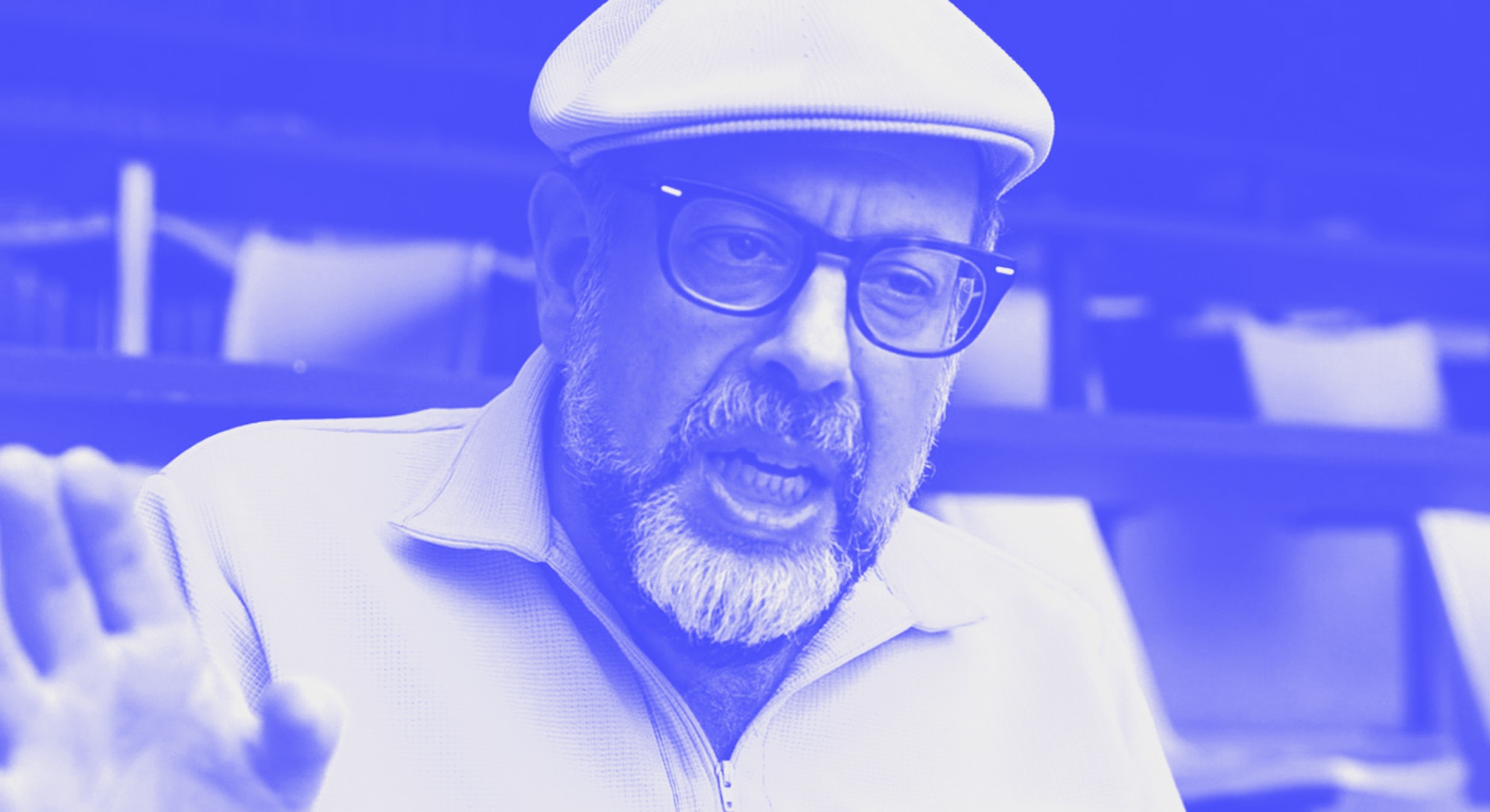 Ever since Wandavision debuted, Marvel fans have speculated over who the show's real supervillain is and which character might be a comic book bad guy in disguise. But what if we're all overlooking the obvious?

With just one episode to go, we have a pretty good idea who Wandavision's big bad will be, but we can't help but think Marvel Studios squandered a chance to bring a truly great villain into the Marvel Cinematic Universe. We're talking, of course, about Sy Ableman.

Fred Melamed made his Hollywood debut in the 1983 film Lovesick, which featured Obi-Wan Kenobi Himself (Alec Guinness) as the ghost of Sigmund Freud, but the New York-born actor found true fame in 2009 with the Coen Brothers' dark comedy A Serious Man, in which he plays a smooth-talking homewrecker in a baby blue tracksuit. Sy's character has been compared to other great movie villains like the Joker and Anton Chigurh (another Coen classic). Melamed agrees.

"I see him as a great villain," Melamed tells Inverse, "because his villainy has some depth to it. Like all evil people in the world, he genuinely believes that if people would just listen to him, it would be so much better."

As Vision's sitcom boss Mr. Heart in WandaVision's early episodes, Melamed isn't much of a villain, but for fans holding out hope that he'll remove his mask to reveal a demonic creature we wouldn't rule anything out just yet.

When I ask if we'll see him again onscreen before WandaVision is through, Melamed replies with uncharacteristic brevity. "I'm forbidden to ever feel any such information," he says.

Thankfully, there's plenty Melamed can discuss when it comes to the Marvel series, from how he prepared for the role to the experience of performing in front of a live studio audience to how Marvel is changing Hollywood for better or worse. Read our full conversation below.

Inverse: You're perfect as the sitcom boss Mr. Heart. How did you get cast in WandaVision? Were there auditions?

Fred Melamed: There was no audition. It was just offered to me. Jac Schaeffer and Matt Shakman, the writer and the director, respectively, just called me up with this idea. And it was interesting for me.

I went from this very, very tiny budget little thing, where on the craft service table it was a thing of half a thing of peanut butter and some Triscuits to suddenly working on my first Marvel production where everybody's clothes were handmade in Italy. Not only were the budgets huge, but the attention to detail was extraordinary.

Your scenes were all filmed in front of a live studio audience. What was that like?

“It was a great risk for Kevin Feige, an interesting and brave risk.”

I think for the other actors, particularly for the actors that have been at it for a while in the Marvel salt mines, it was an enormous pleasure to do something so different. Paul Bettany, who I befriended, is a wonderful actor, but I had no idea that he was so so funny. Lizzy as well, but also very much able to handle the dramatic elements.

Your character was mostly in the early episodes. Is there a chance we'll see him again before WandaVision is over?

I'm forbidden to ever feel any such information.

Are you a fan of Marvel movies or superheroes in general?

I was a great Marvel comics fan when I was a young guy. I remember making the switch from DC to Marvel Comics when I got to be about 10 or 11 because the Marvel comics always featured protagonists that were much more like real people.

“I was a great Marvel comics fan when I was a young guy.”

I'm not crazy about all the changes these super-budget movies made to the world of feature films. But a lot of stuff that was artistically interesting, but not necessarily going to provide a bonanza for the studios, has now shifted to television.

When I was growing up, there was space in feature films for films that were artistically very worthy and still could make significant money. Lawrence of Arabia comes to mind. As things progressed, that that got harder. A lot of that stuff, fortunately, has moved to television.

Kevin Feige has been known to give his actors specific comic books to read for their roles. Did he give you any homework like that?

I didn't have to read any comics, but we did watch a bunch of early TV shows. Dick Van Dyke, Bewitched, and a couple of others just to kind of get a sense of what the acting was like and how it related to scripts as written in those days.

So that was part of that process while we were filming in Atlanta. We would watch these various shows together and talk about them.

One of your greatest roles, Sy Ableman in A Serious Man, has been referred to as a villain on par with the Joker. Do you agree that Sy is a villain?

At the risk of some degree of hubris, I see him as a great villain, because his villainy has some depth to it. Like all evil people in the world, he genuinely believes that if people would just listen to him, it would be so much better. And his method of getting people to do his bidding is to kind of massage them to kind of relax them with his manner with his way of talking and his way of acting. And that particular style of dictatorship, that velvet glove dictatorship, was not something foreign to me growing up.

When you're an actor, you're always looking for the opposite ends of the characters you play. If you're playing a character that is demonstrably evil, you're always interested in what is heroic in him, and vice versa. If you're playing somebody who is a hero, you're always interested in his imperfections. That's what makes something sort of leap from the realm of character that everybody recognizes and therefore can dismiss into something that's more real because it has an inherent surprise and inherent contradictions in it.

You've done two movies with the Coen Brothers. Do you think you'll work with them again?

I wouldn't be surprised at all. They're my friends, as well as people that I enjoy working with. I do speak to them from time to time.

Unlike some other directors, you get kind of like a comic book, a storyboard that goes along with the script. So you get a kind of physical sense of the world these characters are.

Your first acting role ever was a movie with Alec Guinness. What was that like?

Alec Guinness was a huge hero of mine. I loved his work, brilliant actor. So at the end of a long day of shooting, I came up to him and I said, "Sir, Alec, you know, I hope you don't mind me asking this, but you're sort of a personal hero of mine. I wonder if you have any words of advice for a young guy like me just kind of getting started in show business?" And he thought for a second he said, "Yes, my advice regarding showbiz is, don't get any on you." So that advice stuck with me my whole life.