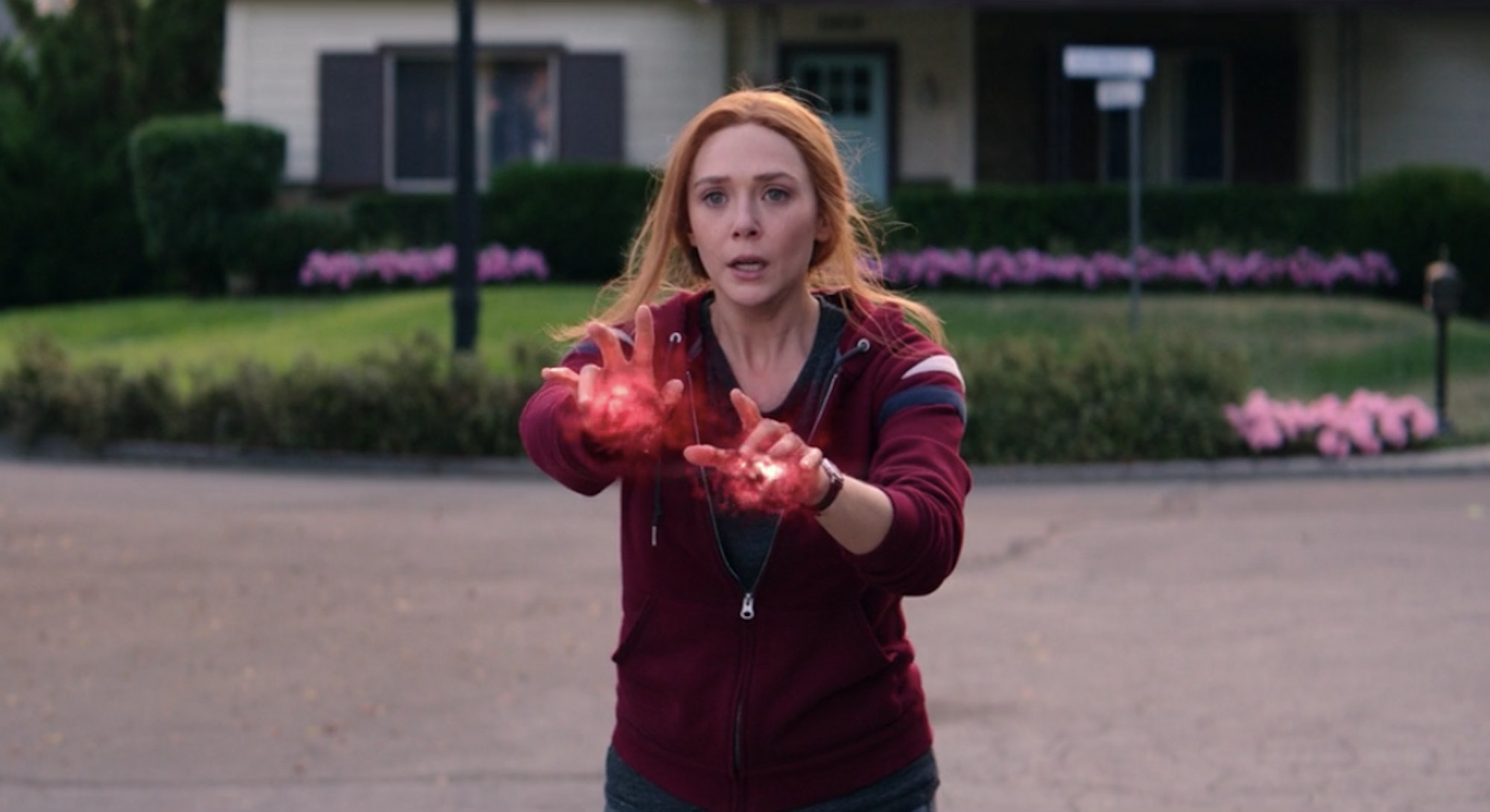 I recently spoke to a friend who was obsessed with the video game series Dark Souls.

While acknowledging his enthusiasm, I was confused by the appeal. The Souls games, if you're not familiar, are notoriously difficult and anemic on storytelling. Over the phone, my buddy raved about the game's mythology that is told exclusively in long walls of text containing information he discovered from in-game relics. For my friend (and countless other Souls fans) it was the thrill of discovery — not the actual telling of the story — that excited him.

Maybe I'm a curmudgeon, but I don't get it. I think it's bogus to hold back on story in a storytelling medium. As I listened to my friend talk about Dark Souls, I wound up mad on his behalf. None of the cool things he was telling me about were in the game. Story ceased to be an adventure, only paragraphs for a Wiki page.

After watching the latest episode of WandaVision, I'm worried the Marvel Cinematic Universe could be falling into a similar trap — and plenty of Marvel fans seem more than happy to see it happen.

Over 20 movies in with more on the way, a large portion of MCU fans are ravenous not for story, but lore. Story isn't a journey to be experienced, it's a blank entry page to fill out. Scan YouTube and see the vast array of explainers, like "Origin of the MCU Celestials" or "The MCU Timeline, Explained." It is objectively bizarre there are so many movies and fans still asking so many questions.

This has long been a fault on Marvel's part. But in 2021, we've come to a crossroads with the weekly series WandaVision. As a streaming show on Disney+ with clear connective tissue to the movies, it's a chance for Marvel to hit the brakes on its speedy, plot-focused action movies to consider the mental and emotional state of secondary characters who never get monologues in an Avengers movie.

But weeks ago, shortly after its premiere (and a string of homages to old sitcoms), fans grew confused and frustrated over the show's "slow" pace. They wanted answers to the mysteries in front of them, and they wanted them yesterday. IndieWire was ridiculed for complaining about "inconvenient weekly installments." In response, a Forbes op-ed argued, "WandaVision Isn't Too Slow, Everyone Forgot How to Watch TV."

This past week, in WandaVision Episode 8, "Previously On," the history of Wanda's grief and obsession over old sitcoms are revealed in explicit terms that are plain as day. Sure, there's still mysteries lingering (Who was "Fietro" really?) but the episode finally gave what a large segment of MCU fans have demanded since the show premiered in January: Lore.

The Fault in Marvel's Stars

WandaVision has been, thus far, a great show. And "Previously On" was an outstanding single episode. It gave the audience and most importantly Wanda (Elizabeth Olsen) proper time to reckon with the character's fatiguing history of loss. Harrowing events from billion-dollar movies like Avengers: Age of Ultron and Avengers: Infinity War got picked apart on a microscopic level, which by design simply cannot happen in movies under a strict two-and-a-half-hour time limit.

This makes Disney+ a boon for the MCU. Almost like monthly comic books, streaming TV is unquestionably a perfect format for experimental, even slower-paced narratives like WandaVision. The power of WandaVision is enough to even consider if there's any point left to the Marvel films at all. Why bother with 2-hour movies when you can have 6-hour TV seasons that look just as good?

Here lies something that isn't a problem yet, but could be if no one is careful: relying on streaming to pick up slack movies forgo. While the plot-focused Marvel movies have been juggernaut hits, the movies have a habit of slacking off when it comes to giving characters their most necessary moments.

In Avengers: Endgame, it was wildly jarring when Bruce Banner merged with his Hulk ego off-screen in between films. Yes, it just happens! How? Why? What challenges did Bruce have?

Doesn't matter. It happened, and the movie moves on. Though I appreciate Marvel's brevity, especially for a long movie like Endgame, it is still so weird how the studio handled Hulk. This was a bad habit of the MCU, and it had clearly become worse.

What WandaVision gets right

Now consider one of the best scenes in WandaVision: A flashback to Wanda, seeking refuge in Malcolm in the Middle. Vision talks to Wanda about grief, and they find themselves with a deep connection to one another. This not only retroactively sets up their romance in Infinity War, but the heartbreak of Vision's death in the climax. You could theoretically cut and edit this scene into Civil War and it would have equal, perhaps more resonance than it does in WandaVision.

Marvel movies, again by design, cannot accommodate for all the arcs of its many characters. And the specifics of the Wanda/Vision scene, such as their watching Malcolm in the Middle, would be out of place in a movie about Sokovia Accords. That's why the scene works for WandaVision.

But as the MCU moves forward and more characters get more spin-off shows — like the upcoming The Falcon and the Winter Soldier and Hawkeye — I hope Marvel does not rely on the increasingly guaranteed audience of streaming TV to hold back on its characters — and most importantly, what fans ought to get from them — in its upcoming big-screen efforts.

Marvel has been guilty of this for the better part of the last decade. Aside from the YouTube videos that explain even the most obvious things in the MCU, Marvel is as much a toybox for "lore hounds" as any incomprehensible video game. And while I don't want to poo-poo fans enjoying themselves, we're seeing what it means when Marvel sacrifices story for lore.

During the first few weeks of WandaVision's run, as that particular discourse emerged with some fans deeming WandaVision "too slow," I saw a tweet that revealed symptoms of Marvel's illnesses. One fan demanded all episodes of WandaVision be released at once.

"Why does it need to be binged?" asked someone else.

The demanding fan replied, "Because I don't know what's going on yet."