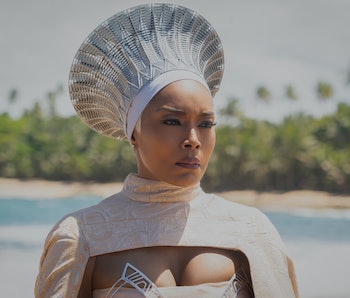 The world of Wakanda is expanding beyond Black Panther: Wakanda Forever. But Marvel is taking its time for a change, and that’s a good thing.

In an interview with Collider, Nate Moore, Marvel’s Vice President of Production and Development, gave an update regarding the untitled Black Panther spin-off series planned for Disney+.

Citing both the complexities of Wakanda Forever and the associated Ironheart television series that recently wrapped filming, Moore said work on the project is still ongoing.

“Because of the amount of time and attention that went into this film, and frankly the Ironheart show, that is probably not as far along as people want it to be, but there are certainly great ideas that we're still talking to [director] Ryan [Coogler] about,” Moore said. “So, we'll see how far we can get with it.”

The series was revealed in early 2021 without a targeted release date. All we know is that Black Panther director Ryan Coogler is shepherding it, and it will take place in Wakanda.

It’s rare to hear about a Marvel project taking its sweet time, especially when the plan to expand the hit Black Panther franchise into TV sounds like a slam dunk. But there’s also no reason for Marvel to rush things.

For starters, it’s possible that Marvel is waiting to see the reception to Wakanda Forever before proceeding. While the new movie will likely be a major hit, Marvel is probably trying to make more careful and calculated decisions in the aftermath of some movies, like Eternals, receiving muted reviews. On the off-chance that audiences don’t warmly welcome Wakanda Forever, Marvel will be happy it didn’t get too deep into making a new TV show.

There’s also the matter of what broader purpose a Wakanda TV series will serve in the grand plans of the MCU. In the same way that Black Panther ended with Wakanda opening its borders to the rest of the world, which neatly segued into Avengers: Infinity War, Wakanda Forever and the untitled TV series will collectively have to decide the status of Wakanda before two new Avengers movies hit theaters.

Marvel’s “Multiverse Saga” will end with 2025’s Avengers: The Kang Dynasty and 2026’s Avengers: Secret Wars. Marvel’s schedule over the next couple of years is already pretty full, but there isn’t much on the slate to accompany those game-changing movies. It would make sense for a high-profile Wakanda show to set the stage for The Kang Dynasty.

The Inverse Analysis — Marvel’s Disney+ shows have been more erratically executed than their movies. Opinions of individual series are subjective, but broadly speaking, the totality of Marvel on Disney+ has fallen short of meeting the brand’s established standards. Marvel’s movies haven’t been perfect, but the rigorous nature of producing several hours of streaming television — much of which was done during a worldwide health crisis, no less — contributed to the sense that Marvel’s shows just feel like stretched-out films.

Now Marvel is taking a different approach. Officially, it hasn’t even acknowledged the Wakanda series unless reporters bring it up. It’s giving the series time to gestate into a shape befitting its royal status, and that should be worth celebrating, even if it means a lengthy wait. Ideally, that delay will contribute to a streaming show that snaps Marvel’s streak of Disney+ mediocrity, and one that plays a major role in setting up the MCU’s biggest developments yet.