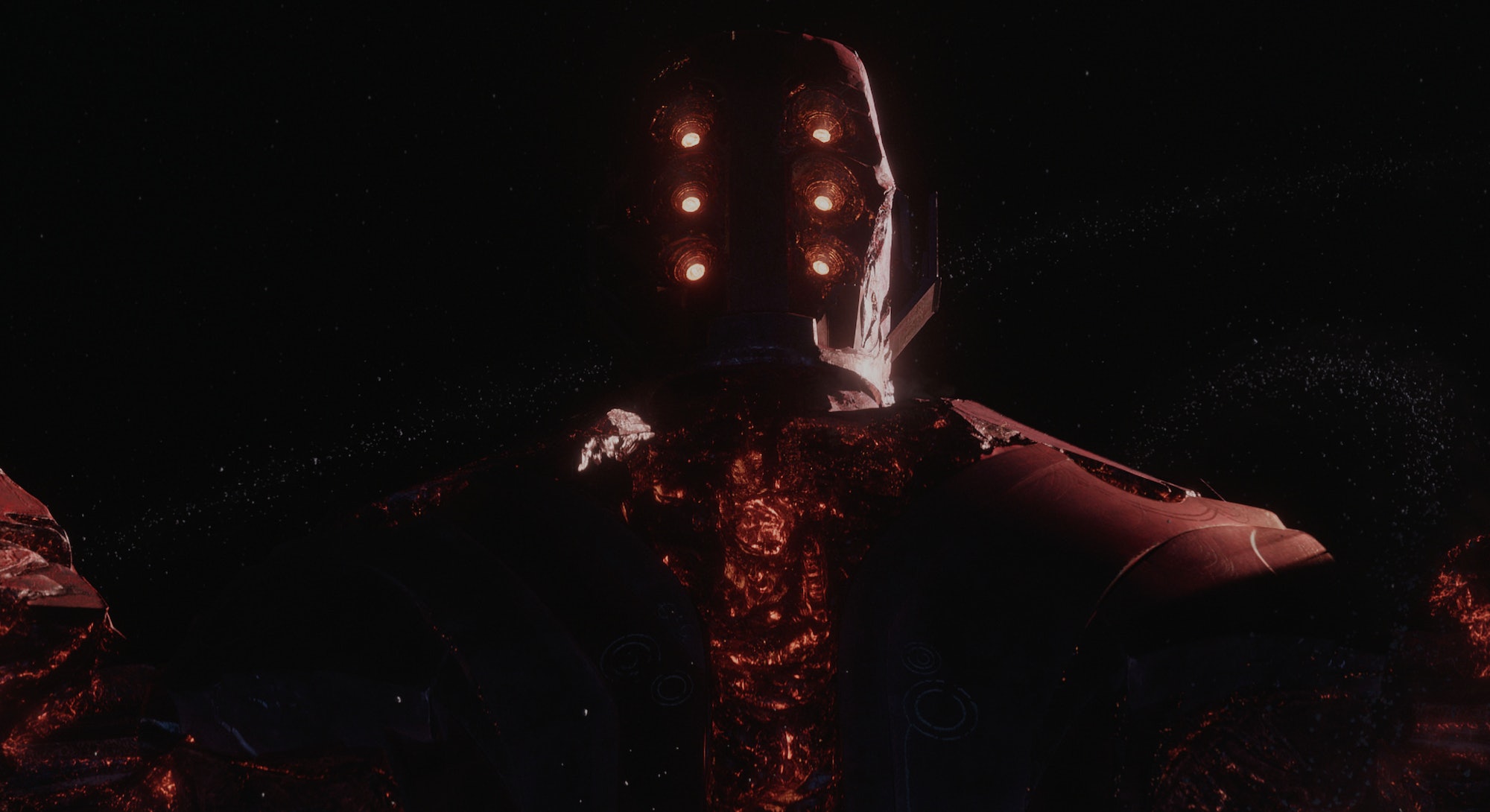 When Marvel released the first teaser for Chloé Zhao’s Eternals, the internet was polarized.

The trailer hinted at a centuries-spanning epic unlike any Marvel movie before. Some fans bought into the hype, waxing lyrical about the visually impressive aura. Others complained that it looked dull, desaturated, and gray. (What else is new?)

Zhao’s involvement makes her the first woman of color to direct a Marvel movie. That she won Oscars (including Best Director) for Nomadland earlier this year has only raised expectations for Eternals further. The film immediately felt significant.

Eternals has been on a pedestal ever since, and more combative Marvel fans have sought to keep it there. On social media, those criticizing the film — including journalists who’ve seen it — have been repeatedly harassed and accused of racism against Zhao and the film’s diverse cast, marking the latest example of a noxious mob mentality surrounding many of pop culture’s biggest fandoms.

But the Marvel Cinematic Universe is different.

A series of interconnected superhero movies about lesser-known comic book characters was once considered a risky endeavor. In the decade since Iron Man, Marvel conquered the box office and dominated mainstream culture, but that underdog status remains. Worse, it mixed with the same small-but-vocal toxic fandoms associated with other franchises like Star Wars or the “Snyder Cut” and mutated into something new.

As a result, any criticism of the MCU is framed as persecution of underdogs despite the fact that the word “Marvel” alone is now enough to sell millions of movie tickets. But a closer look at the arguments being leveled in Disney’s defense reveal a legion of fans clinging to one outdated belief: namely, that superhero stories are still niche-enough to need defending.

Rise of the Underdog

Believe it or not, there was a time where interest in superheroes was a source of derision, not a cultural baseline. While modern superhero movies have never really been a financial risk — you trace their cultural success all the way back to 1966’s Batman: The Movie and 1978’s Superman: The Movie — the Marvel Cinematic Universe was seen as a more ambitious undertaking than any imagined previously.

This may have seemed like a dubious proposition in the first few years, despite Iron Man’s success at the box office and with critics. But by the time The Avengers made $1.5 billion at the box office, it was clear: Marvel had gone mainstream. In the decade since, Marvel only tightened its grip over popular culture. Black Panther scored an Oscar nomination for Best Picture, becoming the first MCU film to do so, and Avengers: Endgame became the highest-grossing film of all time while providing closure to a decade’s worth of storytelling. (Avatar consequently took back that top spot following a rerelease in China.)

Yet, no matter how popular Marvel gets, an attitude among some fans pervades that the franchise isn’t adequately appreciated by naysayers. Bizarrely, fans of the world’s most popular film franchise would tell you it’s underrated.

In 2019, acclaimed director Martin Scorsese kicked the proverbial hornet’s nest when, in an interview with Empire, he criticized Marvel films, saying:

“I don’t see them. I tried, you know? But that’s not cinema. Honestly, the closest I can think of them, as well made as they are, with actors doing the best they can under the circumstances, is theme parks. It isn’t the cinema of human beings trying to convey emotional, psychological experiences to another human being.”

To the fandom, Scorsese’s comments were perceived as indicative of the ridicule Marvel movies face from some quarters. Scorsese went on to explain his critique further in a New York Times essay, bemoaning the “sameness” of studio filmmaking in modern Hollywood:

Many of the elements that define cinema as I know it are there in Marvel pictures. What’s not there is revelation, mystery, or genuine emotional danger. Nothing is at risk. The pictures are made to satisfy a specific set of demands, and they are designed as variations on a finite number of themes.

They are sequels in name but they are remakes in spirit, and everything in them is officially sanctioned because it can’t really be any other way. That’s the nature of modern film franchises: market-researched, audience-tested, vetted, modified, revetted and remodified until they’re ready for consumption.

Scorsese hit the nail on the head — and perhaps ruffled the most feathers — with his original theme-park comparison. Few would dispute the entertainment value or experiential thrill of theme-park rides. But the Marvel Cinematic Universe choreographs that it wants to be considered “cinematic” even in its name. Though these films are not unworthy of love, they can and should be critiqued as cinema, however harshly that exposes their shortcomings.

But no film is above criticism, and critique of a film directed by a woman of color shouldn’t be dismissed as racism or sexism, or as just being “a Marvel hater.”

Good criticism needn’t be predicated on identity politics, but it’s increasingly become the first line of defense when discourse erupts around a piece of “diverse” media. The diversity of Eternals both behind and in front of the camera has offered fans one rhetorically convenient way to drown out any negativity around the film, allowing them to launch bad-faith attacks on critics by alleging that their distaste for the film is political in nature.

In the Gawker essay “Identity Fraud,” Jenny G. Zhang explores this phenomenon, pointing out Chicago mayor Lori Lightfoot’s dismissal of criticism around her governing as “99 percent” based on her race and gender, or Taylor Swift calling a joke that invoked her much-publicized dating history in TV series Ginny & Georgia “degrading to hard-working women.”

“Identity politics as it is commonly understood today — individualist, tied to shallow ideas of representation and authenticity — is far from the radical imagination of the past,” writes Yang. “That is partly what is so aggravating and even noxious about how contemporary identity politics is wielded: in practice, the concept has been overtaken by a fetishization of optics at the expense of the tangible interests of the most marginalized.”

While people of color are systematically oppressed in today’s society, invoking identity politics to undercut any criticism of art involving people of color is unhelpful as it relates to righting any tangible real-world injustice. The way marginalized communities are portrayed in a fictional universe may be personally significant to many, but wielding identity politics in defense of a multi-billion dollar company and its movies is also not exactly activism.

This ideology goes beyond the representation of marginalized communities being used as a shield against any valid criticism of the dominant pop culture of our times, only some of which featured those communities. Casting themselves in the same role of the underdog all the films’ super-powered protagonists lay claim to, Marvel fans have come to see themselves as part of a marginalized community and constructed a strange identity for their fandom rooted in a broad sense of victimhood. But the Marvel Cinematic Universe is hugely popular. Its fans can no longer accurately claim to be rooting for the little guy.

Critics aren’t exempt from this identity-focused perspective, either. Just as some Marvel fans treat certain films as objects of representation first, critics can treat Marvel movies somewhat dismissively, seeing them as entries in a larger franchise rather than films deserving of individual appraisal. The franchise identity tends to take precedence, by Disney’s design.

This is an easy path to follow: the MCU is engineered to form its own subgenre. Post-credits scenes bridge one movie directly into the next, and the “Phase” structure makes it difficult to see each film as anything more than a chapter in a sweeping meta-narrative.

Looking back on initial reception to the Marvel Cinematic Universe, I read Roger Ebert’s review of Iron Man. Maybe it’s just the fact the MCU has been around for half my life, but I was shocked by what I read. The movie wasn’t compared to other Marvel movies. It wasn’t even compared to other superhero movies. Ebert’s review treated the film as just another movie:

The movie is largely founded on its special effects. When somebody isn’t talking, something is banging, clanging or laying rubber. The armored robotic suits utilized by Tony and Obadiah would upstage lesser actors than Downey and Bridges; it's surprising how much those two giant iron men seem to reflect the personalities of the men inside them. Everything they do is preposterous, of course, but they seem to be doing it, not the suits.

Every new MCU film carries the cumulative weight of its predecessors. But in writing about these films, critics also decide with each review what frame of reference to use, and it was once more commonplace to write about Marvel films without discussing the franchise at large.

That many Marvel films are written off as “just another Marvel cash grab” perhaps reinforces the underdog complex. Conversely, if reviews of Marvel films judge them along the same lines as films not starring superheroes, this could appease fans who argue the films should be considered more as cinematic works than franchise-dependent episodes.

Perhaps the hiring of an acclaimed arthouse director like Chloé Zhao was intended to bring the best of both these perspectives together, creating a crowd-pleasing blockbuster that would bring an auteur-friendly sensibility to the MCU. It could have been the bridge between two factions. Instead, the animosity social media has fueled between devout fans and less convinced critics has made Eternals a wedge still driving these camps apart.

Eternals is a Marvel film. It’s also a Chloé Zhao film. Both of these facts are inescapable, and together, they paint the Marvel fandom into a corner. If you’re a fan of the MCU, any stylistic changes to the franchise are a deviation from the formula that’s delivered more than 20 blockbusters so far. If you’re a fan of Chloé Zhao’s work, any ways in which Eternals feels more corporatized and anonymous suggest Zhao is selling out or compromising her vision.

Unfortunately, it’s a lose-lose situation, though there is one bright side to this conundrum. With filmmakers like Zhao behind the camera comes the possibility that Marvel could break from formula to genuinely experiment with new styles, encouraging critics to analyze its films more individually for the first time in over a decade.

Marvel fans aren’t the villains of this story. There’s nothing wrong with loving a genre or a work of art. But the MCU is a cinematic superpower, and it’s up to the fanbase to decide if their allegiance to it will be used for good or for evil.

Pretending Marvel doesn’t exert a massive influence over pop culture is counterintuitive and unhelpful, and fans need to stop suppressing acceptance of its mainstream nature and finally reckon with the great responsibility that should accompany Marvel’s great power.