'Falcon and the Winter Soldier's ending sets up 'Loki' to win

“You were made to be ruled.” 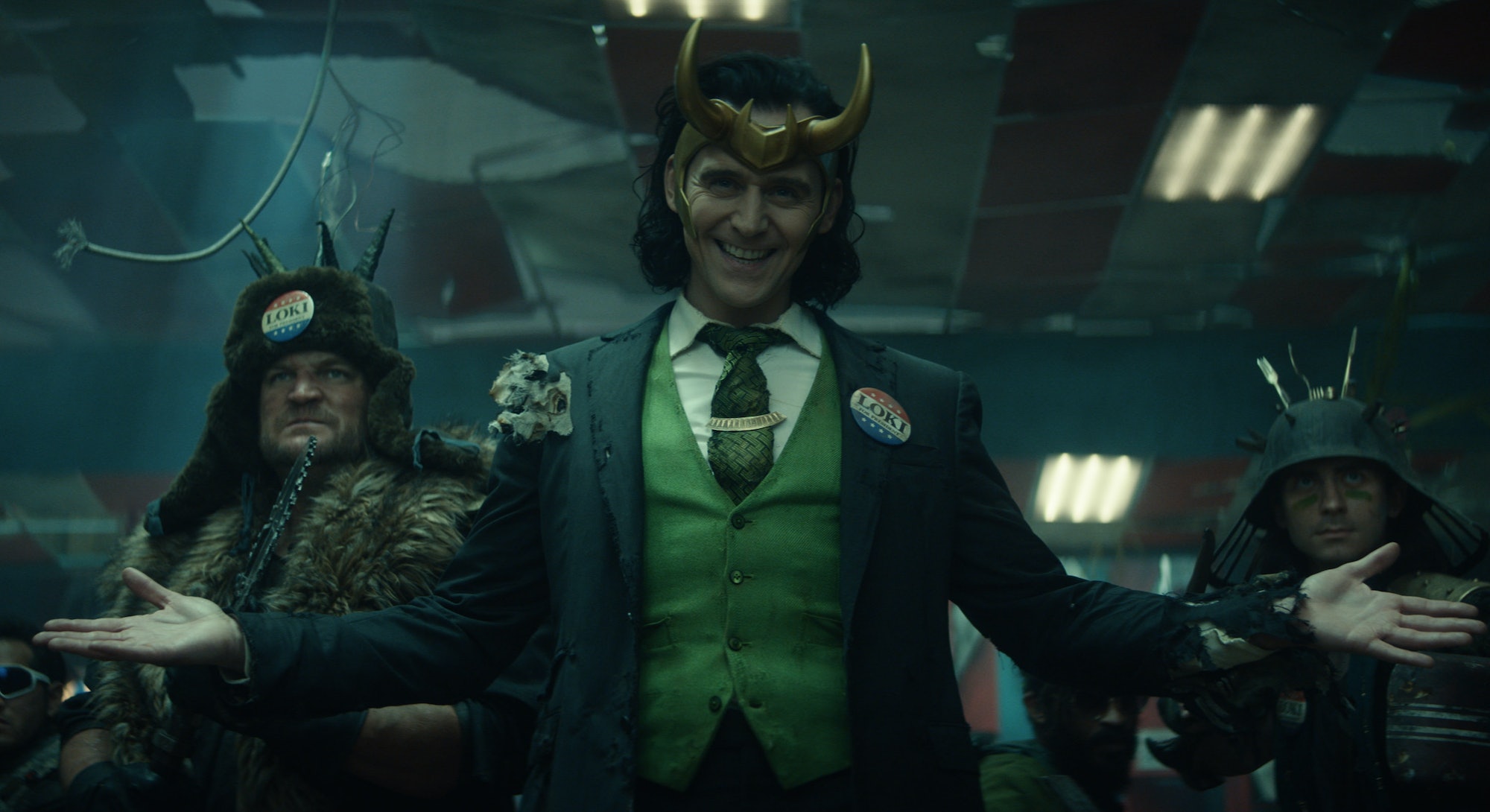 Ironically enough, the high-flying Falcon and the Winter Soldier brought the Marvel Cinematic Universe back to Earth.

But that’s enough reality for the moment. With Loki, it’s time to get weird again.

Casual Marvel fans and diehards alike were sideswiped by the surreality of WandaVision, the MCU’s very first Disney+ offering, and the sprawling universe’s first new major project since 2019’s Spider-Man: Far From Home. There’s an easy way of explaining WandaVision’s water-cooler success: we were starved for Marvel and wanted anything new we could get, especially after a year of shared misery. But another way is this: WandaVision was flat-out weird, what with its fourth-wall-breaking sitcom structure, the Twin Peaks tone, and the Ralph Bohner of it all.

Falcon and Winter Soldier was zeitgeisty in a different way. From head writer Malcolm Spellman, the Anthony Mackie and Sebastian Stan-starring series was a return to the more grounded qualities of the MCU. If WandaVision made a splash with its fluorescent foray into life after Avengers: Endgame, then this Captain America-centric show shined a light on the darker aspects of what things looked like after Thanos’ defeat. Sure, the heroes are back, but that hasn’t solved everything. Far from it.

By the end, Falcon and Winter Soldier delivered a brand new Captain America in the form of Sam Wilson’s ascension to the title. Even if the journey was somewhat clumsy, thanks to uneven storytelling surrounding a few of the key antagonists, Falcon and Winter Soldier nonetheless gave air to critical cultural conversations such as racism in America, the acceptance of a Black man as one of the most visible superheroes on the planet, and more.

The discourse surrounding Falcon and Winter Soldier, and the ways in which this series opened the door for everything that can come next in the MCU (such as a Wilson-starring Captain America 4, currently in the works) are utterly invaluable. And while we take the appropriate time to digest all that rightful heaviness, the time is right for something light.

Tom Hiddleston’s trickster god was among the very first major Avengers: Infinity War casualties, a death that fully set the tone for all the damage that followed. But it came as little shock that Loki — a version of him at least — managed to escape his grim fate just one movie later, thanks to time travel.

Except now, the loophole is finding Loki, as his very own series sees the Asgardian embroiled in repairing “the sacred timeline” alongside the Time Variance Authority, powered up by powerhouse actors Owen Wilson, Gugu Mbatha-Raw, Wunmi Mosaku, and more.

Based on early speculation, Loki will focus on multiple versions of the titular character — the one played by Hiddleston, for sure, but also many others, including possible Old Man Loki, Lady Loki, and Kid Loki. It’s about time, too: Loki owns one of the most malleable narratives in all of Marvel Comics. If Falcon and Winter Soldier asked the question of “Who is Captain America?” and landed on “Sam Wilson” as the answer, then the similar question at the heart of Loki is poised to offer up a solution that’s both wide open and wildly absurd.

There’s room for heaviness and melancholy in Loki, sure, but the Marvel series also demands a certain measure of mischief by its very nature. WandaVision was weird, but it was about grief. Falcon and Winter Soldier played things straight, but it revolutionized the Marvel Cinematic Universe. Loki stands ready to deliver something weird, something revolutionary, all with the veritable twist of a mustache — and perhaps a literal twist of the mustache if Loki gets his hands on Owen Wilson’s facial hair.

For Loki, the potential stakes for the story of the MCU are high, sure — time-travel will do that to a shared universe — but the stakes for the show itself? They’re pretty low. This show just needs to be fun and weird and that’s it. With two Disney+ Marvel efforts under our belts and a healthy month and a half break from the Falcon and Winter Soldier finale, Loki only needs to do one thing in order to succeed: be Loki. Easy enough.