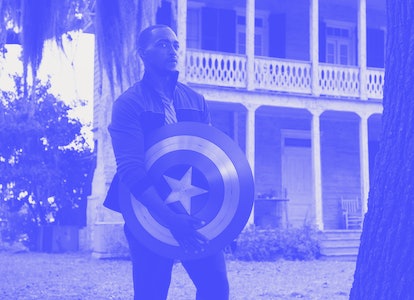 Captain America is back, and not just the character. The Falcon and the Winter Soldier was all about Cap’s legacy and how it would continue forward. The season finale delivered a decisive answer, and now, we have reason to think it was a series finale.

Captain America 4 is officially in the works

The news comes on the heels of a game-changing Falcon and Winter Soldier finale. In the episode, Sam Wilson finally embraces Captain America’s legacy and flies into action wielding the shield and wearing the stars and stripes. Announcing himself to the world as Captain America, there’s no longer any doubt at all about who will pick up Steve Rogers’ legacy, let alone his shield.

According to THR, the fourth Captain America movie is assumed to continue Sam’s story as he explores his new role in the Marvel Cinematic Universe. But that’s not the end of the story...

Is Steve Rogers returning to the MCU?

Beyond the THR report, Deadline has the additional details that another project focusing on Chris Evans’ return to the MCU is still in development, and is separate from Captain America 4.

Rumors of Evans’ MCU return have been circulating for months, despite the actor downplaying them quickly. Shortly after reports of Evans coming back to Marvel broke, the actor simply tweeted, “News to me.” Nothing further has come of the story, but Deadline reaffirms the report of a possible Evans-led Captain America project developing at Marvel.

The Inverse Analysis — The Falcon and the Winter Soldier paving the way for Captain America 4 makes all the sense in the world.

Sam Wilson stood in the spotlight for all six installments of the Disney+ series, but only flew into action as Cap in the finale. There are elements of the finale that definitely did not work, no doubt about it: John Walker and Sharon Carter, we’re looking at you.

Anthony Mackie’s turn as Cap worked, full stop. Flying into action in the opening act and never letting up from there, Sam Wilson loudly announced himself as Captain America. It’s only fair that he gets his very own Captain America movie. In fact, it’s essential.

As for the Evans project … well, maybe we’re finally going to start hanging out with Steve Rogers on the moon. In seriousness, Steve has a lot of comic book history beyond his time as Captain America, leaving a lot of potential material for the MCU to explore. What’s more, within the MCU alone, Rogers lives a long life with Peggy Carter that we know basically nothing about. How did Steve and Peggy reunite? What did they do in their timeline to right the wrongs Steve knows about from his world, such as the quiet HYDRA takeover of S.H.I.E.L.D., or rescuing Bucky from his Winter Soldier fate?

At the very least, it looks like we’re going to get more Sam Wilson as Captain America in his very own movie. If a Chris Evans-led project focusing on Steve Rogers is also in the works? That’s the cherry on top, but we’ll happily take the Sam Wilson special on its own.

More like this
Entertainment
11 hours ago
The MCU could bring back a hero from its most underrated TV show
By Dais Johnston
Entertainment
Jan. 13, 2023
Mike Colter would "entertain" the idea of coming back to Luke Cage
By Hoai-Tran Bui
Entertainment
Jan. 17, 2023
Guardians of the Galaxy 3's Adam Warlock reveal may be a big misdirect
By Eric Francisco
Related Tags
Share: