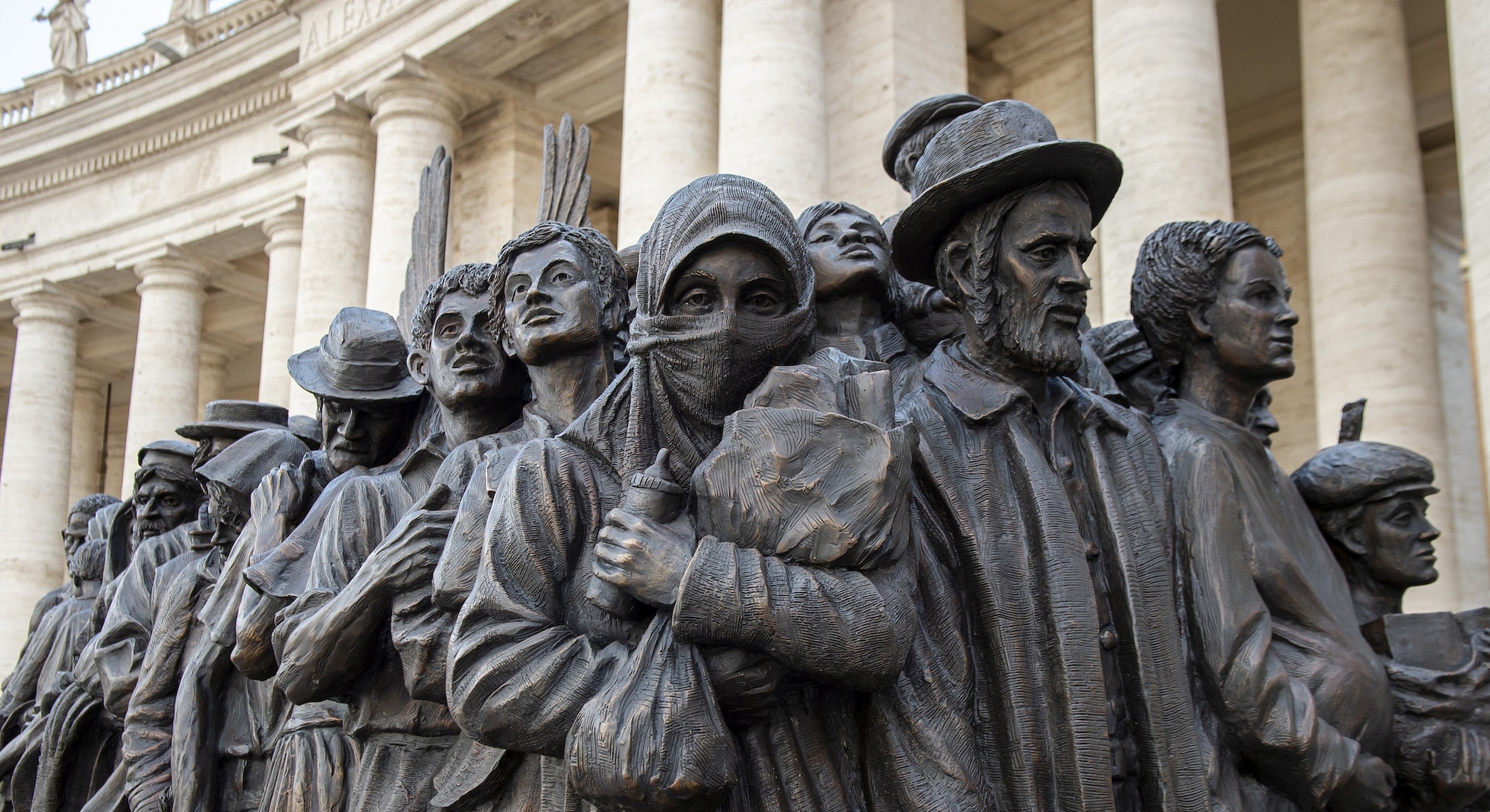 In May of 1945, Holocaust survivor Mendy Berger returned home to Munkacs, Hungary to find a Russian soldier living in his house.

This wasn’t a particularly uncommon scenario in the immediate aftermath of World War II. There are countless stories of Jews struggling to reclaim their property (even decades later). But Berger didn’t want his house back, he just wanted a few keepsakes: some photographs, a ritual Kiddush cup, or something else to remember the family he lost in the Holocaust.

He never even made it past the front door.

"We liberated you," the Russian soldier told him, which was technically a lie. "We've been fighting for a long time, and now you're liberated and this house is the price of your liberation."

The story of Mendy Berger might seem out of place in an article about a Marvel TV show, even one like The Falcon and the Winter Soldier that deals with real-world issues like racism, white privilege, and “supremacy.” But I’ve been thinking a lot about the Holocaust over the past few weeks as Marvel’s second Disney+ series unfurled its superhero story, and I don’t think that’s a mistake.

“This house is the price of your liberation."

There are still holes in Berger’s story, his daughter Hope Levav (a teacher living in New York today) tells Inverse. She doesn’t know how he got from the concentration camp to Munkacs, or how he made it from there to the displaced persons camp where his story picks up next. But one thing is certain: he regretted walking away from his home so easily.

“He was disappointed in himself that he didn't try harder to get in because he didn't have anything from his family,” Levav says. “But in that moment, he didn't feel like he was in any position. I think going through his head was, By some dumb luck I survived this last year and I'm not going to get myself killed here. So he just left.” (Full disclosure: Hope Levav was my middle school humanities teacher.)

Among The Falcon and the Winter Soldier’s many plotlines, one of the most interesting (and simultaneously infuriating) was the Flag-Smashers. Inspired by a comic book villain from 1985 called Flag-Smasher who opposed all nations and nationalism (a not-so-subtle response from Marvel to the waning years of Cold War paranoia), The Falcon and the Winter Soldier transformed the character into an entire group of modern-day freedom fighters responding to a refugee crisis in the Marvel Cinematic Universe.

If you missed Avengers: Endgame, here’s a brief recap of where Marvel’s story now stands: After the evil space god Thanos wiped out half of all life in the universe, billions of people disappeared off the face of the Earth. Five years later, everyone came back after the Avengers were finally able to beat Thanos and undo his handiwork through some time travel shenanigans and one epic CGI battle.

But in those five years, Marvel’s world changed. Borders and nationalism fell by the wayside as humanity struggled to get by. Mass migrations were needed to keep industries from collapsing. People moved across the world and settled in whatever home they could find. When the disappeared finally returned, it was another crisis just waiting to happen.

What happens next? Marvel’s answer comes in the form of Falcon and Winter Soldier — and it’s the opposite of what happened to Mendy Berger.

A newly formed non-governmental organization called the Global Repatriation Council is created to help the people who returned reclaim their homes, belongings, and jobs. Anyone currently occupying one of those homes winds up in a refugee camp. (In an allegedly scuttled subplot, a global pandemic further complicates things when the GRC declines to supply vaccines and medicine to those newly displaced refugees.)

The Flag-Smashers rise up in response to that situation. They’re the worst kind of Marvel villain: the kind with extremely logical demands (like “Everyone should have access to housing and food”) but zero commitment. When those demands are not met, the group resorts to terrorism as the story zips toward a tidy finale.

At the start of The Falcon and the Winter Soldier, you want to side with the Flag-Smashers. By the end, they’re killing hostages without a second thought.

Marvel had a chance to do something we’d never seen before in its cinematic universe: to show with realism how refugees live in the aftermath of an Earth-shattering event. Instead, we got another standard Marvel ending: heavy on the action, but light on any insight into the lives of the non-superpowered individuals forced to live in that world.

That’s a shame when The Falcon and the Winter Soldier could have tapped into a truly universal experience.

The Holocaust isn’t the only story that could have informed the Flag-Smashers. There’s nothing unique to Judaism about being refugees. It’s something countless peoples have experienced, and an issue that modern Judaism struggles with in its own ways, too.

“It also reminded me of Israel,” Levav says after I recount the plot of Marvel’s latest show. “Before Israel was a state, Arabs lived there, and then they fled, either because they were told to or because they were afraid and left their homes empty.”

“Those homes became part of this new Israel and were inhabited by Jews,” she continues, “And for the last number of decades, the question is: who do those homes really belong to?”

“Does it matter why you leave?”

Ultimately, it may feel silly to compare Marvel’s superhero adventures to a real-world refugee crisis — current or historic — but all art comes from somewhere true. Even if The Falcon and the Winter Soldier failed to say anything thoughtful on this topic in the end, that doesn’t mean we can’t try to get some meaning with our entertainment.

“Does it matter why you leave?” Levav asks, finding new meaning in Marvel Studios’ latest outing. “Are the circumstances of your leaving important? And is ownership ever permanent?”

These aren’t questions The Falcon and the Winter Soldier can answer. But the fact that we’re even asking them means that maybe Marvel got something right after all.