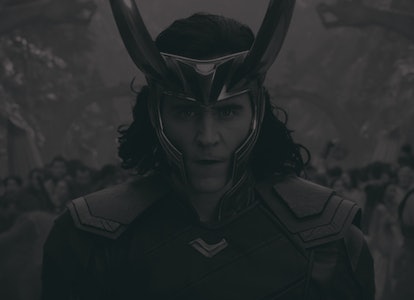 When it comes to villains, Marvel’s movies have always been hit or miss. After all, for every Thanos, there’s a Malekith. (Who? Exactly.) But regardless of whether a particular supervillain is interesting or boring, the Marvel Cinematic Universe consistently makes the same mistake in how it depicts a certain type of bad guy. Unfortunately, The Falcon and the Winter Soldier is no different.

In short: when a villain has fascist tendencies, Marvel makes sure we love them; but when the bad guy is a revolutionary anarchist, the studio goes out of its way to make them look totally evil. When the Falcon and the Winter Soldier started, there was hope the Flag-Smashers would break the MCU’s terrible pattern. Instead, it’s more of the same. (Light spoilers for Episode 3 ahead.)

The problem with the Flag-Smashers

Led by Karli Morgenthau, the Flag-Smashers are a group of super-soldiers acting in response to the end of the Blip. Basically, when half of the population snapped back into existence, it displaced a lot of other people. Even worse, the newly formed Global Repatriation Council seems more interested in helping the de-Blipped, which pushes other people into refugee camps.

It’s easy to empathize with the Flag-Smashers — until Falcon and the Winter Soldier Episode 3. After Karli and her friends justifiably steal supplies from an overstocked GRC compound, she blows up the entire building, presumably killing some innocent people in the process.

“There were still people in there,” another Flag-Smasher says with shock.

“This is the only language these people understand,” Karli responds.

The logic here doesn’t hold up, and that might not just be lazy writing. As Twitter user Oliver Darkshire points out in a recent viral tweet, this is a bit of a pattern, both for Marvel and for superhero stories in general.

This is pretty much exactly what happened in The Falcon and the Winter Soldier Episode 3. After spending three weeks using the Flag-Smashers as a metaphor for the immigration and housing crisis, all it takes is one explosion for Marvel to turn Karli into another one-dimension supervillain.

Of course, it isn’t the first time we’ve seen this happen in the MCU.

Perhaps the best example of Marvel’s bad villain habit is Killmonger. In Black Panther, we meet the villain as he explains that the African art in a British museum was stolen by colonizers. Later, he shows up in Wakanda arguing that the secretive nation should use its technology and power to help oppressed Black people around the world.

That all sounds great — until we find out that Killmonger is actually a ruthless black-ops soldier whose only goal is to create violent chaos around the world. In a few quick minutes, he transforms from a heroic revolutionary into an evil anarchist who just wants to watch the world burn.

Compare that to an MCU baddie like Loki in 2012’s The Avengers. Loki doesn’t want to make the world a better place, he just wants power. But instead of depicting him as an evil egotist, we get a nuanced character interesting enough to merit a Disney+ spinoff.

With three episodes left, it’s possible Falcon and the Winter Soldier could still turn things around for Karli and the Flag-Smashers. But after her explosive moment in Episode 3, it seems pretty clear that Marvel is taking its latest revolutionary villain down the same old terrible road to unredeemable evil.