“Superheroes cannot be allowed to exist.” 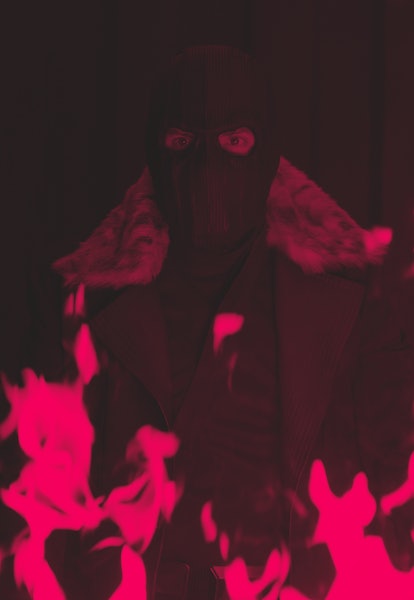 Run a Google search for “Marvel villain problem” and see what you get.

Whether it’s listicles arguing on behalf of actually great antagonists or essays on how specific Marvel films “fixed” the franchise’s so-called “villain problem” — here’s Vox arguing for Thor: Ragnarok and Birth.Movies.Death (RIP) preaching the gospel of Avengers: Infinity War — critics and fans alike agree that Marvel does, in fact, have a habit of paper-thin villains who are little more than just opposites of the title hero.

Admittedly, there’s truth to it. Many villains in the Marvel Cinematic Universe have failed to make an impression that stays with you after the end credits. (Quick, now without Googling, can you name the villain of Thor: The Dark World? Or Ant-Man and The Wasp?) Still, there are exceptions. Tom Hiddleston’s scene-chewing Loki and Hugo Weaving’s note-perfect Red Skull were both Phase 1 baddies. Phase 2 had James Spader in the voice of Ultron (“Keep your friends rich and your enemies rich, and wait to find out which is which”) and Ben Kingsley in a killer performance of the deeply problematic Mandarin in Iron Man 3. And Phase 3 was ruled by Josh Brolin’s Thanos, an alien warlord with pathos who became an unexpected sex symbol.

But whether you still believe Marvel has a villain problem or not, there’s one thing we should all acknowledge now: The Falcon and the Winter Soldier just showed how to retroactively fix it.

In the third episode of The Falcon and the Winter Soldier, Helmut Zemo (Daniel Burhl) returns to the MCU five years since his last appearance in 2016’s Captain America: Civil War. Instead of plotting to tear the Avengers apart, Zemo chooses to help Sam (Anthony Mackie) and Bucky (Sebastian Stan).

Why? Because, as Zemo puts it, “Do we want to live in a world full of people like the Red Skull?” He says that while sitting plush in his private jet while sipping champagne.

When Zemo first appeared in the MCU, he was a family man who lost everything to the Avengers’ collateral damage in Sokovia. In Civil War, he plotted to tear the Avengers apart by using Bucky (who assassinated Stark’s parents in 1991) and framing the murder of Wakanda’s King T’Chaka on him. Though Zemo ended Civil War behind bars, his plan still worked. The Avengers did split — which left Earth defenseless when Thanos arrived with his army.

Zemo was by no means a weak villain. Though he had no actual powers, his drive and determination made him impossibly inhuman. He could not stand toe-to-toe with any of the Avengers, which is why it’s brilliant he made them fight each other.

But Zemo’s latest hour is proof of how the MCU can “fix” villains, even if some don’t need fixing in the first place. Zemo’s role in Falcon and the Winter Soldier as an untrustworthy ally isn’t revolutionary (30 years ago, Terminator 2: Judgement Day famously reprogrammed Schwarzenegger’s T-800 from the main villain to a hero). But for the Marvel franchise, the expanding landscape promised by Disney+ represents a choice opportunity to reconsider lesser villains.

Whether it’s Malekith, a criminal waste of Doctor Who alum Christopher Eccleston, or Ant-Man and the Wasp’s Ghost played by Hannah John-Kamen (whose post-Marvel career has only gotten more interesting with Netflix’s The Stranger and the upcoming Resident Evil reboot), Zemo’s return in The Falcon and the Winter Soldier is a compelling blueprint for adding new dimension or just plain screen time to villain characters who embody the MCU’s biggest “problem.”

Let’s go back to Thor: The Dark World. Malekith’s goal was to use the Reality Stone to plunge the world into darkness. That’s fine for a middling action movie. But now imagine Malekith having more screen time in a Disney+ show, a real chance to let writers actually unpack why it was so important to install another dark age. Imagine if we actually cared about Malekith at all. With enough empathy and sympathy, we too might agree with Malekith to abandon this diseased modern world and welcome the old one.

Consider Ant-Man and the Wasp again. Ava Starr is someone who was at the wrong place at the wrong time, her body losing its solid form in a constant state of molecular “disequilibrium.” She’s recruited into S.H.I.E.L.D. (also HYDRA) and agrees to spy and kill for the government in exchange for a way to become “normal” again. But because she was unknowingly working for HYDRA all along, there was never any intention to uphold the agreement.

That’s a rich story, one that flirts with a white supremacist government using people of color as a means to an end only to never treat them with humanity or dignity. (This already isn’t a step too far from The Falcon and the Winter Soldier with its recent inclusion of Isaiah Bradley.) Ghost is one of the very few people in the MCU to be directly betrayed by HYDRA-controlled S.H.I.E.L.D. So why not more of Ghost in a show like The Falcon and the Winter Soldier?

In the short hour Zemo’s had in Falcon and the Winter Soldier, we’ve already seen more interesting implications for the villain than a movie like Civil War had time for. What does it mean that Zemo is absurdly wealthy (inherited wealth, at that) but still chose to live a life of danger and intrigue as a Sokovian mercenary? What does it mean for Baron to be obsessed with HYDRA but fully against the idea of a world of Red Skulls? Falcon and the Winter Soldier may gloss over these questions too by the time the finale’s credits roll, but the fact we’re asking more questions about Zemo than we have in five years is proof the MCU really is a universe of possibilities.