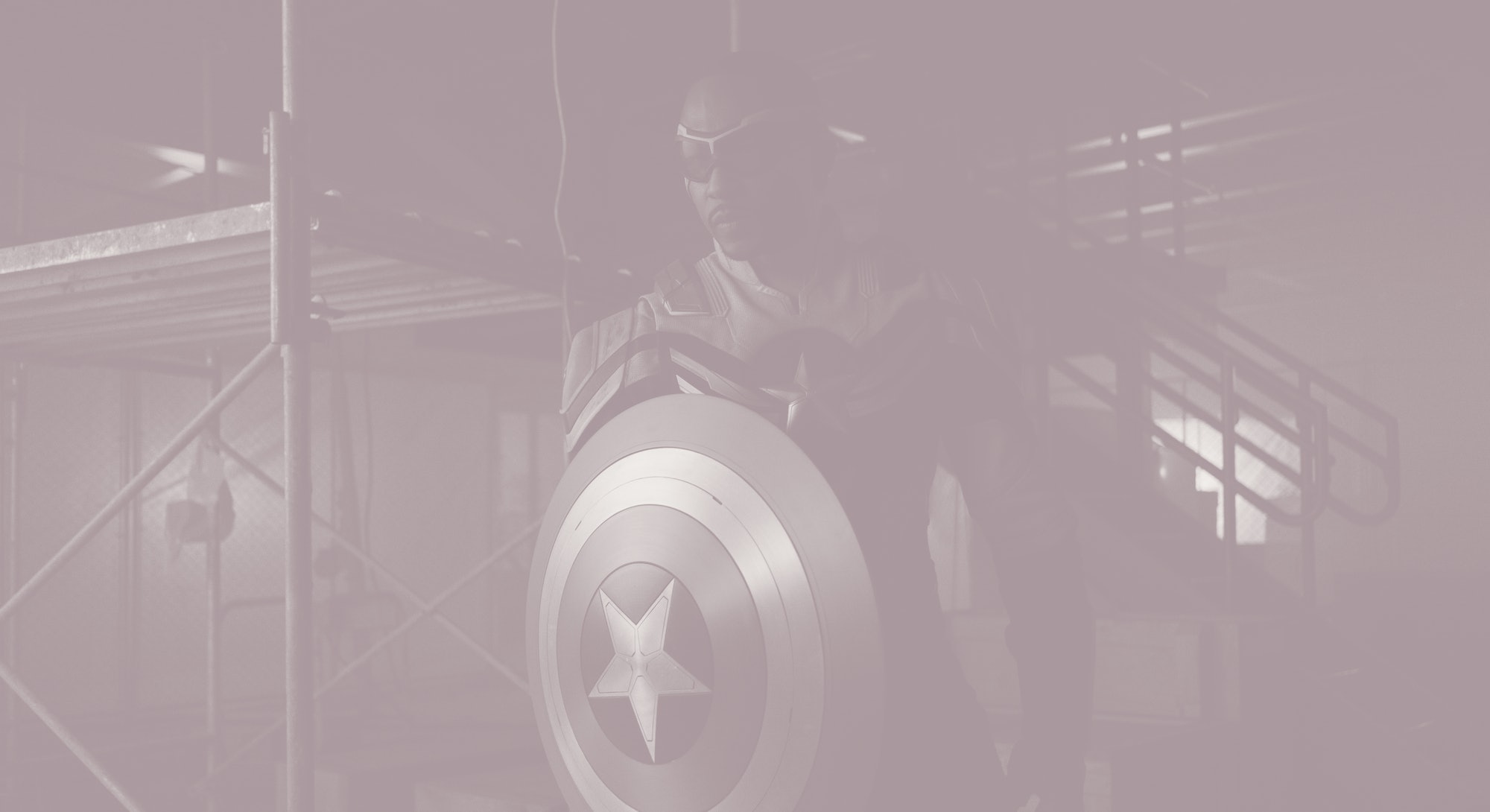 The Falcon and the Winter Soldier may be over, but Marvel fans still have questions.

Marvel’s second Disney+ original series handed out its fair share of surprises, including the return of the Dora Milaje, the introductions of important comic book figures like Isaiah Bradley (Carl Lumbly) and Contessa Valentina Allegra de Fontaine (Julia Louis-Dreyfus), and an unexpected heel turn from none other than Sharon Carter (Emily VanCamp). In case that wasn’t impressive enough, the series did all of that on top of officially making Sam Wilson (Anthony Mackie) the Marvel Cinematic Universe’s new Captain America.

But there are still plenty of mysteries that The Falcon and the Winter Soldier has left unresolved— specifically, where is Steve Rogers? The series alluded to the Avenger’s post-Endgame fate several times, but never directly revealed what happened to Cap after he gave the shield to Sam Wilson, much to the chagrin of Marvel fans everywhere.

With that said, here’s some additional bad news about Steve’s fate: you’re not the only one who doesn’t know what happened to the original Captain America. According to The Falcon and the Winter Soldier showrunner Malcolm Spellman, he and the rest of the Falcon and Winter Soldier writers are equally in the dark regarding Steve’s whereabouts.

“We’re wondering if Steve’s on the moon too,” Spellman tells Inverse. “That’s as good a guess as anything because they won’t tell me.”

As Falcon and the Winter Soldier showrunner, Spellman (who is reportedly in the midst of writing a fourth Captain America film for Marvel) was one of the leading creative voices behind the series. But there were moments in the show that surprised even him. That includes a final twist where the series’ title changes to Captain America and the Winter Soldier during its final end credits sequence.

Below, Spellman gets candid with Inverse about the making of The Falcon and the Winter Soldier, the current mystery surrounding Steve Rogers in the MCU, and yes, whether or not Spider-Man was ever going to show up in the show’s New York-set finale.

INVERSE: Was there ever any consideration for having Sam inject himself with the super-soldier serum at any point while you were developing the series?

MALCOLM SPELLMAN: No. That’s what’s great about Sam, you know? You see how quickly I just answered that? We knew all along that’s not his bit.

The show talks about Steve Rogers a lot across its six episodes but doesn’t ever explicitly reveal what happened to him after Avengers: Endgame. Was it always the plan to keep Steve’s whereabouts vague, or did you ever consider revealing them outright?

I’ve got to tell you the truth, my friend. Marvel won’t tell me what happened to Steve, so we were able to write whatever we wanted because we don’t know. We’re wondering if Steve’s on the moon too, you know what I’m saying? That’s as good a guess as anything because they won’t tell me.

In one of its most powerful moments, the show changes its title to Captain America and the Winter Soldier in its final credits sequence. Did you ever plan on changing Bucky’s title at the end too?

I’ll be honest: I discovered that title change when I was watching a cut of the episode, and it wrecked me. I haven’t spoken to Marvel about whether they considered changing Bucky’s name too, but my gut tells me the reason it still says “and the Winter Soldier” is simply because they wanted to play with the poetry of a title you’ve been hearing. If they had changed too much it maybe wouldn’t have felt the same, but I truly don’t know what discussion went into it. I just know it landed heavy with me.

Do you see Bucky and Sam as a permanent team in the MCU now? Or do you think they can go their separate ways and come together at different points?

I don’t know about them as a permanent team, but I would argue that Bucky does seem like Sam’s family now. I can imagine Sam comes home to Louisiana on occasion and finds Bucky eating at the table and who knows, you know what I’m saying? I mean, him and Sarah (Adepero Oduye) had a little, you know, little flirtation going on.

The series as a whole feels very tightly structured and paced. Were there any moments or scenes that were ultimately cut during the editing process that you wish you could have kept in it?

I mean, that’s always the case but nothing in specific comes to mind. You gotta make sure everything is right, you know? Runtime is truly determined by the best, most effective cut, but I didn’t say, ‘Ah, shit. I just wish this one moment had been in there.’ You know, I would have asked them to keep something if I felt that way, and they would have told me yes or no [laughs].”

Fans recently discovered that the location used for Isaiah Bradley’s house in the series is only a block away from Martin Luther King Jr.’s birthplace. Was that intentional or coincidental?

I did not know that. So. There you go. Wow. You’d have to ask Kari [Skogland, the director] if that was deliberate or not. That’s the great thing about having a filmmaker like Kari is she’s going to want to milk every single moment she can. I don’t know what decision was on that house though.

Are there any Easter eggs in the series that fans haven’t spotted yet that you want to point out?

I can’t think of any. You guys are better than I am at that, you know? I will say, this is not at all an Easter egg, but one thing no one has caught and it’s a failure in our writing I guess was when we were taking Bucky on his journey, we felt like the moment in Episode 6 where he frees the GRC members and one of them stops to say, “Thank you, you saved my life” — we always considered that Bucky’s first hero moment.

That was a huge deal to us, but I have not heard anyone mention it. We were like, “That’s it. Bucky is on his way to freeing himself from this burden of being the Winter Soldier. Now, he gets to go and be a hero for the first time.” That’s not to say that he hasn’t been heroic before, but that’s the moment when he allows himself to feel like a hero. Not many people caught that.

That moment calls to mind the flashback in Episode 4 where we see Bucky in Wakanda. Can you talk about the origin or thought process behind that scene in particular?

The thing is when you know you have an actor like Sebastian, you want to give them moments to really humanize these characters because they can do it. These are Class A actors. So a big part of that scene was knowing that it was a moment at least 80 years in the making for the character and we wanted the gravitas of that moment for Bucky to be felt. A lot of thought was put into constructing it, and that’s all I can say. Yeah, we thought about it a lot.

The show’s finale takes place almost entirely in New York, which is a hub for so many characters in the MCU. Were there ever any talks of a character like Peter Parker having a cameo during the episode?

Of course! Then Kevin Feige tells you, “No. Stop it.” Listen, when you first show up to these projects, in your mind you think you’re gonna get to use everybody in the MCU. But Marvel always asks, “Does this person belong in this story? You cannot just geek out and put all of our characters in your project because you like them. They have to occur organically.” So Spider-Man did not make it.