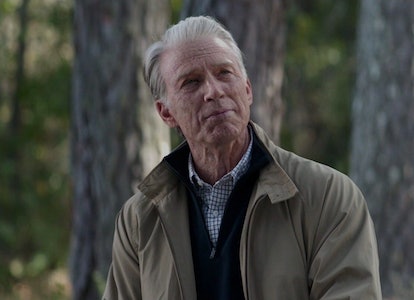 The Man out of Time is running out of time. Captain America’s legacy is up for grabs, but what about the man who pioneered the legacy in the first place? The Falcon and the Winter Soldier is right at the finish line, and still, we have no concrete information about Steve Rogers’ fate — and it’s becoming a problem.

The Marvel Cinematic Universe rarely deals in finality. Even the major notes of Avengers: Endgame feel like they can be reversed at any time, what with the flip of a multiverse switch. But the illusion of finality is key — and with the death of heroes like Iron Man and Black Widow, that’s exactly what we got.

With Steve, we got something else: closure, but without even the illusion of a fully closed door.

Chris Evans’ super-soldier was allowed to walk off into the sunset, so to speak, traveling back in time to live a happily ever after with Peggy Carter (and, hopefully, with Bucky as well). When he showed back up at the end of Endgame, it was a beautiful button not only on the man’s life, but the character’s time in the MCU.

Cap’s Endgame ending is not an issue. What is problematic, however, is how it’s being handled in Falcon and Winter Soldier. Steve Rogers as a ghost story enriches the thematics of the MCU’s second Disney+ series, but Sam Wilson and Bucky Barnes can only dance around the where-is-Steve of it all for so long before it becomes distracting.

In Episode 5, the show delivers the closest thing to an answer yet: “He’s gone.” But what does that mean? Is Steve dead? Did he return to his normal timeline? Did he slip away somewhere else in the mainline MCU? Is he actually on the moon?

It’s fair for Marvel to keep their options open as it pertains to a character they purposefully did not kill off on screen, but it’s also troubling when the question about said character’s fate becomes a tell-tale heart beating beneath the surface of everything. The main question surrounding Falcon and Winter Soldier should not be “What happened to Steve Rogers?” It should be, “What happens after Steve Rogers?”

Thankfully, Falcon and Winter Soldier has pushed that second question to the forefront with every ounce of its might. But it’s working overtime to do so, like Sam Wilson willing himself to get into shield-slinging shape, as the series holds up another impossible weight: refusing to concretely tell us what happened to Steve after he gave Sam the shield.

Just tell us, Marvel. If Steve is dead, we can take it. We can process that. And if he’s not dead — if Steve tripped back in time again — then, well, great! We’ll keep theorizing until we’re red, white and blue in the face, but we’ll be focused up on what really matters: Sam Wilson as the Marvel Cinematic Universe’s new Captain America, fully in the spotlight, as he deserves — without the baggage of us wondering what the heck is up with the original Cap.

With only one episode left, it’s time to fill us in on what happened to Steve. Anything short of a real answer is going to be more disappointing than WandaVision ending without a Mephisto sighting. Time is running out for Marvel to do the right thing with the Man out of Time.