'WandaVision's ending sets up 'Falcon and the Winter Soldier' to fail 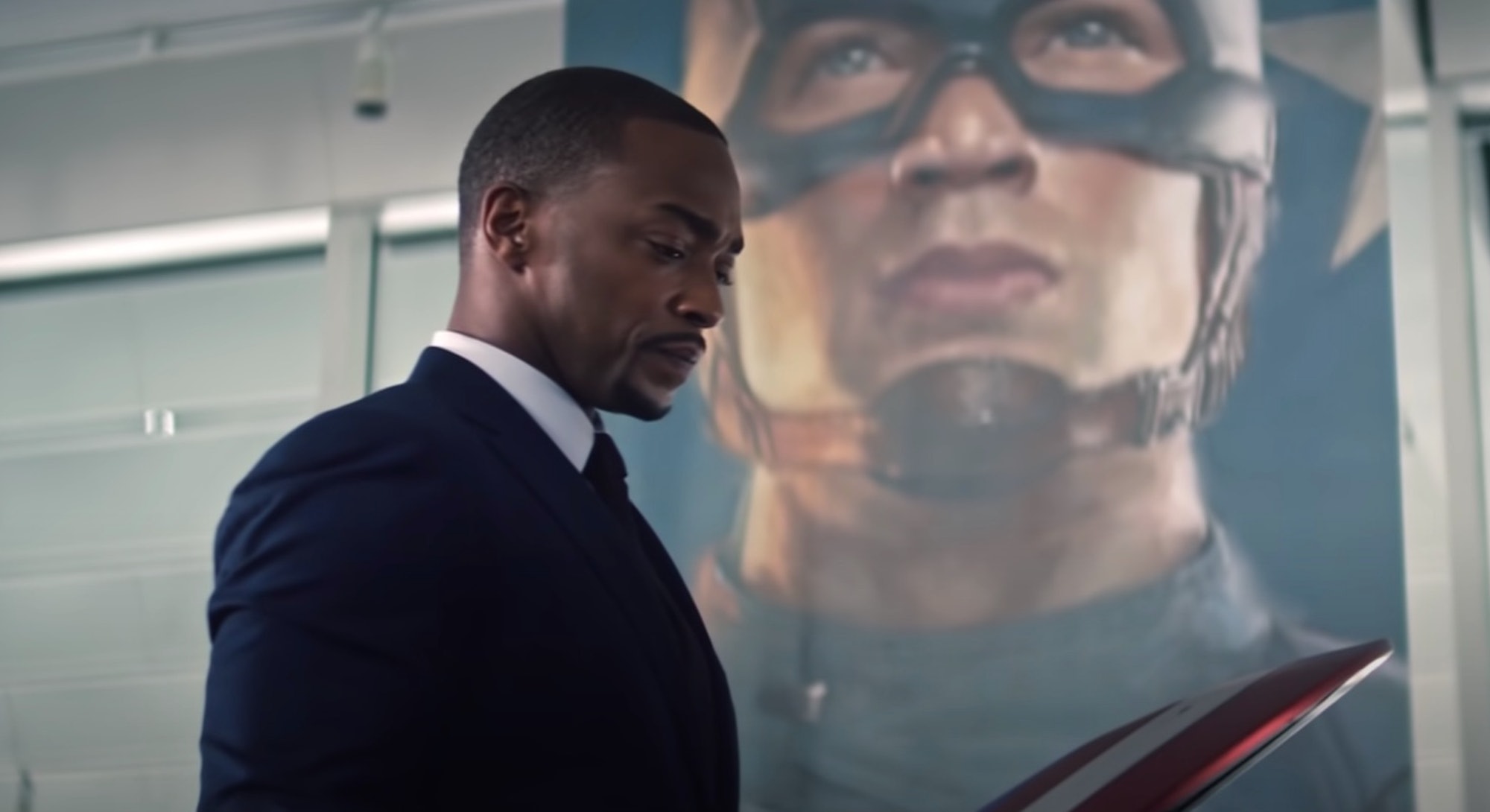 It's the Avengers: Endgame mantra, the one Captain America hammered home in his efforts to save his friends from their ashen fates. Steve Rogers isn't around to instill this edict anymore. In his place, that task falls to Steve's two best friends: the titular stars of The Falcon and the Winter Soldier, hitting Disney+ on March 19.

In their very own Marvel Cinematic Universe series, Sam Wilson (Anthony Mackie) and Bucky Barnes (Sebastian Stan) will reckon with their erstwhile companion's star-spangled legacy. But it's not just their worthiness to wield Captain America's proverbial (and literal) shield that's on the line.

There's another question in play: Can The Falcon and the Winter Soldier live up to the reputation WandaVision leaves behind?

Falcon and the Winter Soldier and the MCU

It's not something one even considered asking a year ago. In March 2020, the plan for Marvel's future was very different. Black Widow was two months from release, promising to put a bow on Scarlett Johansson's time in the Marvel trenches — if not find some way of extending it. The Eternals, a cosmic adventure with heavy-hitters like Angelina Jolie and Salma Hayek in play, would be in theaters in time for Thanksgiving. A month later, Marvel's first Disney+ series would make landfall: The Falcon and the Winter Soldier.

Much as it was in Avengers: Infinity War, things did not go according to plan.

The ways in which Covid-19 has impacted, and continues to impact, our culture are uncountable, and in the case of the Marvel movies, it hardly feels worth dwelling upon, given so much significant trauma and hardship.

The very fact-of-the-matter version of the pandemic's influence on Marvel is this: schedules changed, projects were pushed to the point of both aforementioned movies still not seeing daylight. Meanwhile, on the streaming side, a switcheroo; WandaVision was readier than Falcon and the Winter Soldier and became our first taste of the MCU since Spider-Man: Far From Home.

Marvel's decision to dive into streaming via WandaVision is broadly viewed as a bold choice given its storytelling structure, narrative, and thematic risks. While the series' very existence is indeed risky, the choice to release WandaVision first was less about boldness and more about necessity. It is perhaps a happy accident, in some ways.

A Twin Peaks-ish mystery about love and loss (with witchcraft and robots for good measure), WandaVision advanced the idea that superhero media can be much more than a roundhouse kick of adrenaline.

It can land firmly in the gut, an existential meal worth chewing on slowly, a strong argument not just in favor of but stressing the actual need for weekly water-cooler television in a time where we're all starved for contact and community.

Next on the flight deck, only two weeks after WandaVision's departure, The Falcon and the Winter Soldier is charged with advancing the ball. No pressure, right?

Falcon and the Winter Soldier 101

From director Kari Skogland and head writer Malcolm Spellman, The Falcon and the Winter Soldier appears like a cookie-cutter Marvel movie chopped into episodic parts — on a very ungenerous surface level, at least.

It's action-packed in nature, springing forth from the Russo brothers' Captain America: The Winter Soldier tonal godhead, hellbent on making every bone-breaking punch hurt the viewer as much as the characters.

Two lifelong soldiers with incredibly brutal and visceral power sets, Sam and Bucky's path forward through a six-episode series is sure to lean heavier on slugfests and spy games, and less so on mysterious mind palaces and existential crises.

Not to say mysterious mind palaces and existential crises won't exist, and in fact, it's a disservice to these characters' previous appearances to assume they won't reach new depths. There are lore and historic reasons to believe this, but also a very practical, recent reason, too: the “Falcon” episode of Marvel Studios: Legends, effectively a glorified series of character-focused trailers moonlighting as a Disney+ docuseries.

In this seven-minute episode, a throwaway line from Captain America: The Winter Soldier stands out about how Sam once lost a close friend in combat. The death of Sam's “wingman” is framed as a driving force behind the hero's decision to spend years of his life rehabilitating fellow veterans. Indeed, it's a tragedy Sam shares with Steve Rogers, who lost Bucky in a similar fashion.

Heading into Falcon and the Winter Soldier, the idea of the audience witnessing Sam's most personal pre-Avengers loss feels likely, if not outright inevitable. (At the risk of getting too far into the prediction weeds, this also feels like a prime opportunity to bring Sam's friend back from the grave in a deadly capacity, not unlike what Steve faced when Bucky resurfaced as the Winter Soldier). Such a sequence would fit right at home alongside WandaVision.

In the Matt Shakman-directed series' flashback-heavy penultimate episode, WandaVision brought us into Wanda's childhood, helpless flies on the wall on the night her parents died. This is the level of intimate character work Marvel can achieve in the television space. Sam's past warrants it, the heaviness of his role as Steve's handpicked successor demands it, and the six-episode series structure pays the bill to get it done.

Falcon and the Winter Soldier vs. WandaVision

With its positioning as a hardboiled thriller studded with war-weary soldiers just like Sam, Falcon and the Winter Soldier may benefit from following WandaVision in another way entirely: the evolution of the theory game.

As Marvel Studios' most cerebral project to date, WandaVision kept audiences captivated with so much red meat for rampant speculation that amounted to … well, not a whole lot, based on your level of investment in Al Pacino showing up as Marvel's version of Satan. (Yes, this was a prevalent theory for the final weeks of WandaVision. Take a moment to mourn the loss; this article will still be here when you're ready to read onward.)

If the way these theories “bore out” (as in, often not at all) taught viewers anything, hopefully, it was the lesson of expectation management. Theorizing is fun, theorizing should continue, but it's wisest to move forward with “balance,” to use Thanos' favorite word.

With a more straightforward, white-knuckled approach, Falcon and the Winter Soldier is primed to keep viewers' attention at wing level with Sam and Bucky, and no higher — the perfect setup to wind and weave through a twisting, character-focused thriller.

Questions of legacy loom large over Falcon and the Winter Soldier. Certainly, there's Captain America's long shadow, and how the world will react to the various people who wish to wield that shadow to their own ends.

Less obviously, there's the WandaVision legacy. In a time audiences needed it most, a provocative mind-bender came along to take us all out of our own collective mourning — by way of a story all about mourning, ironically enough. Can The Falcon and the Winter Soldier similarly fly into the zeitgeist, albeit in its own specific way? Will it be enough if it's a rollicking rollercoaster of frenetic energy and nothing deeper?

This was not how it was supposed to happen. Falcon and the Winter Soldier was supposed to fly first. Life had other plans. Much as Sam never asked for Cap's shield but was given it anyway, the upcoming Marvel series was not conceived as second in the lineup. But here it stands at the diamond anyway, right after WandaVision scored a lead-off home run. No whammies.

In triumph, WandaVision has left The Falcon and the Winter Soldier with an impossible task: completely commanding the pop culture conversation, just like WandaVision. But impossible is a big word. If you're counting Captain America's two closest friends out of the fight already, you do so at your own peril. Much like Cap, they can do this all day.

The Falcon and the Winter Soldier premieres March 19 on Disney+.