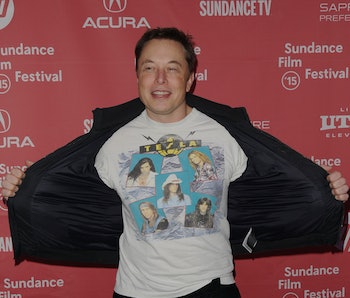 Thursday evening, Time published its TIME 100 Most Influential People of 2016, highlighting individuals who are changing the world — for better and for worse. Time has upheld the yearly tradition of identifying the pioneers, leaders, icons, titans, and artists (as the list is categorized) since 2004. They’re chosen by politicians, academic professors, and editors, and pretty much no one is off limits for being selected.

Time’s managing editor, Nancy Gibbs, wrote about how this year’s list was assembled:

There are world leaders and local activists, artists and athletes, scientists, moguls and a number of people who are running for President of the United States. One way or another they each embody a breakthrough: they broke the rules, broke the record, broke the silence, broke the boundaries to reveal what we’re capable of. They are seekers, with a fearless willingness to be surprised by what they find.

In addition to including naturally famous (or infamous) types this year – like Jaha Dukureh, Leonardo DiCaprio, Donald Trump, and President Barack Obama – Time also didn’t fail to recognize individuals who are shaping science and technology. Fourteen scientists, engineers, and developers graced the list. It’s no shocker that Apple CEO Tim Cook was featured, with his relentless fight for digital privacy and security and the extremely publicized Apple vs. the FBI legal case regarding an iPhone that had been used by one of the San Bernardino shooters. On the other hand, this year Facebook’s Mark Zuckerberg was recognized as one-half of a power duo with his wife and pediatrician Priscilla Chan. The couple created the Chan Zuckerberg Initiative in December 2015 and pledged to dedicate 99-percent of their wealth to improving education, medicine, and connecting people.

However, there were a few others within the technology and tech culture realm that, for their actions this past year, Inverse thinks would have been strong candidates for the list. Here are five people that Time shouldn’t have left off the TIME 100:

Musk has been on the TIME 100 list before, but it was a bit of a surprise he didn’t make it this year. The SpaceX and Tesla founder has been super busy with the recent historic Falcon 9 drone ship landing and the big unveiling of the Tesla Model 3 electric car. He’s, over the last few years, been dreaming up the Hyperloop transportation project, and it’s become closer than ever to a reality in the last 12 months. Musk is certainly as “influential” as they come.

Thank you, J.J. Abrams, for bringing back Star Wars. We all geeked out when you reunited our favorite Star Wars veterans, gave us an incredible heroine in Rey, and showed us the super cute and sure-to-be-iconic BB-8 (which was magnificently portrayed by puppeteers Dave Chapman and Brian Herring). While he wrote TIME 100’s passage for Lin-Manuel Miranda, 2016 Pulitzer Prize winner for the musical Hamilton, Abrams had a pretty incredible year himself.

Keys, a former journalist, is seen as a figure in today’s state of cybersecurity. He is known for “hacking” (although others will say vandalizing) the Los Angeles Times by convincing a hacker to change a headline on an article. Keys was fired by the news organization Tribune Media, which formerly owned the Los Angeles Times, and took revenge on the company with the access information he still had on hand.

On April 13, he was sentenced to two years in prison for the changed title that lasted for only about 30 minutes. Keys’ attorney, Jay Leiderman, immediately responded that he intends on appealing the sentence and will look forward to doing so. His case highlights the vague rules set forth by the Computer Fraud Abuse Act and how law enforcement has yet to figure out how to handle hacking in criminal cases.

Lisa Jackson is trying to make the tech world greener, and her environmental and renewable energy work at Apple is sending her on a path of recognition. The former administrator of the United States Environmental Protection Agency started working as Apple’s vice president of the environment and policy initiatives in May 2013, and she’s already achieved some lofty goals. At a product launch event this year, she announced that 93-percent of Apple’s worldwide facilities are running on renewable energy, and 99-percent of all of Apple’s product packaging is made from recycled paper or sustainably managed goods.

She is also supporting other creative ideas to reduce Apple’s waste, including a robot that will dissemble iPhones and recycle the parts, called Liam, and Apple’s clean-energy investments in China.

When Satya Nadella took over as CEO of Microsoft in 2014, the company’s stocks weren’t doing so well. And things were looking grim when he slipped up and made a controversial remark about women at the Grace Hopper Celebration of Women in Computing later that year. Nadella thusly publicly apologized for the statement in a letter and is being being praised for having moved the company forward since.

Business Insider reported a 14-percent stock increase between 2014 and 2015 and another 21-percent in 2015. He announced the big implementation of Microsoft Office on iOS and Android devices, bought the studio that developed Minecraft, and revealed the company’s groundbreaking virtual and augmented reality system, Hololens.

We thought we would throw in an A.I. system to get ahead of future TIME 100s, because we’re future-thinking and are convinced these things will be naturally gracing the list in years to come.

On March 15, Google’s DeepMind machine-learning system, AlphaGo, defeated the best human Go player in the past decade, Lee Sedol, 4-1. These public tests of A.I. systems are becoming more commonplace — AlphaGo’s win comes about five years after IBM���s Watson won Jeopardy!. But, co-founder and CEO of DeepMind, Demis Hassabis, is firm on his belief that these A.I. milestones are leading toward a better means to solve global issues. Hassabis wrote in a blog post: “While the second match has been widely billed as ‘man vs. machine,’ AlphaGo is really a human achievement.”

Like we said, we expect Time to come to realize how “influential” these artificial personalities are in years to come. As for the conspicuous absence of the five humans mentioned above, there’s little excuse.