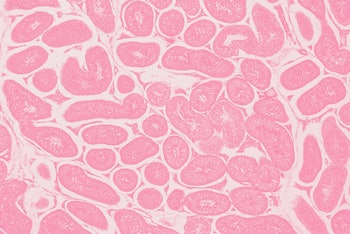 While I lament what could have been with the canceled Netflix series Jupiter’s Legacy, let’s get you caught up on some of the most interesting, essential science and technology reporting from Inverse. Let’s see if we can distract you for a good four minutes today. It’s a long shot, but we’re going to try.

I’m Nick Lucchesi, an editor for Inverse, where we aim to mix science and culture to make you a little smarter about your world.

Mailbag — This week we asked you to share some of your weirdest stories about flying in your dreams. (It can really be helpful when you’re awake.)

Let us know about your weirdest dream that involves flying. We’ll publish our favorites in a week or so. Reply to this email if you’re reading this on email. If you’re reading on the web, send your story to newsletter@inverse.com.

Here are a few of the more colorful descriptions we’ve got so far:

“I am 50 feet high and flying wondering how I will ever be able to land safely! I usually wake up right before I crash.” — Bob

“It was a struggle to stay afloat.” — Christina

“I taught scuba diving in the Caribbean for 10 years and I often have ‘flying’ dreams where I am soaring over the reef and aquatic life.” — John

“It was like going to heaven for me, and I really didn't want to wake up.” — Gary

“I have recurring dreams of flying. It’s actually pretty cool. The last one I remember was about me trying to avoid running into some ‘bad’ people at an outdoor music festival. I kept leaping into the air and soaring above trees and smoke from the giant campfires. I think the dream speaks to feeling ready to get back out into the world again, but I also have some fear about things opening up.” — Maggie

Thank you to everybody who wrote in! I can’t print or respond to them all or else I’ll get fired for not doing the rest of my job, but I am reading them all. Keep them coming. 🕊️

This is an adapted version of the Inverse Daily newsletter for Friday, June 4, 2021. Subscribe for free and earn rewards for reading every day in your inbox.

The brain and balls overlap in over 13,000 ways — Human male testes and brains create more than 13,000 of the same proteins, more than any other tissues in the body, and partially control what makes humans unique. Sophie Putka writes about the science of the similar. Her lede is good:

Riddle me this: Both of these organs guard their contents closely, appear wrinkly on the outside, and can determine the course of an individual life. What are they?

We’re talking about the brain and the testicles.

A review paper published Wednesday in Open Biology makes the case for this curious comparison, laying out the biological similarities between balls and brains. What they have in common, researchers argue, may help us understand conditions that affect both and find better ways to treat them.

More about your brain:

How many steps does it take to live longer? — New findings confirm more steps are better for health and long life — and suggest that the quality of steps may not be as important as the quantity. This one is also by Sophie and also has a good opener:

If you’ve ever circled the apartment frantically looking for a lost phone, stumbled down the stairs to answer the door for a delivery, or checked on that houseplant at the end of the hall one too many times — give yourself a pat on the back. Those are all forms of exercise in the eyes of your step counter and steps, recent research suggests, and are an underappreciated way to live longer.

NASA is going back to Venus — Two missions, VERITAS and DAVINCI+, will study the hellish planet to piece together its climate past, look for volcanoes, and see if it was ever habitable. Dave Gershgorn has the story.

After more than 30 years away, NASA is going back to a place its administrator describes as a “hot, hellish, unforgiving” world.

NASA Administrator and former astronaut Senator Bill Nelson announced on Tuesday that the agency would be sending two missions to Venus. The two missions, called DAVINCI+ and VERITAS, will respectively study the planet’s atmosphere and geological history.

“These two sister missions both aim to understand how Venus became an inferno-like world capable of melting lead at the surface,” Nelson said during his State of NASA address. “They will offer the entire science community the chance to investigate a planet we haven’t been to in more than 30 years.”

Mexico’s massive sinkhole — A sinkhole suddenly opening up and swallowing cars or farmland seems to defy reason, but in reality, it has a simple scientific explanation. Here’s a snippet of the story by Sarah Wells:

The Earth let out a threatening, thunder-like rumble in Puebla, Mexico, right before it cracked open on May 30 — swallowing up over 1.5 acres of farmland. The owner’s house sat teetering near the void’s edge, temporarily spared by the hungry Earth.

It’s not caused by aliens or agricultural subterfuge. Officials on the scene have determined this new landscape feature is a sinkhole, a kind of indentation in the Earth that can appear suddenly to swallow up homes, cars, and even people. They can sometimes occur naturally, while others might appear due to human developments.

Clouds on Mars and more — NASA's Curiosity rover captured rare clouds on Mars as telescopes peered into the center of the Milky Way and cosmonauts walked in space this week. Bryan Lawver has curated a collection of very good images.