“It is the classic disaster planet.” 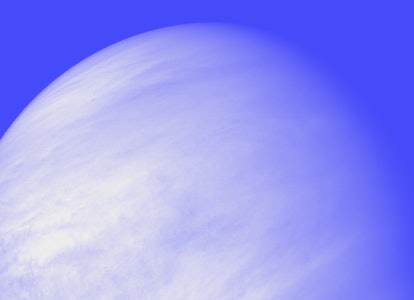 Rocket Lab wants to go to Venus, and it’s building a rocket that could fuel its goals.

Earlier this month, the New Zealand-founded company with US headquarters in Long Beach, California, unveiled its Neutron rocket, a launch vehicle more than twice the height of of its earlier Electron rocket. It’s capable of launching over 17,000 pounds or eight tons to low-Earth orbit and is capable of human spaceflight. When it starts launching in 2024, it will enable the firm to support the growing trend of “mega-constellations” with hundreds or thousands of satellites.

But Rocket Lab CEO Peter Beck is not stopping there. In an interview with Inverse, he says the rocket would help “enormously” with his long-term goal to explore Venus and conduct more research.

“We've built this wonderful interplanetary platform, and we can put dozens of [probes] on board a Neutron and go and explore our Solar System in the way that I think is important,” Beck says. “It leads to lots of experiments, smaller in scale, and learn one after the other in an iterative fashion.”

Want to find out how Neutron could help with mega-constellations, why Rocket Lab is moving to an IPO now, and what it was really like for Beck to eat a hat? Read the full interview, only in MUSK READS+.

Why does Rocket Lab want to go to Venus?

As a new space race emerges, one that features private companies alongside national agencies, attention has turned to further exploring the Solar System. Elon Musk has outlined his goal to use his firm SpaceX to send the first humans to Mars by the mid-2020s, before establishing a city there by 2050. Jeff Bezos, who founded Blue Origin, said in May 2019 he would prefer to expand humanity into futuristic space habitats closer to Earth.

Beck has instead turned his attention to Venus. In a December 2020 interview with Inverse, he explained that he was “very, very pro-Venus.” While Musk and Bezos want to build new settlements in space, Beck would prefer to send small robotic probes to Venus to fill in humanity’s knowledge gaps of the planet and improve life on Earth.

“If climate change goes really bad, there's a lot we can learn from that particular planet,” Beck said in December 2020. “It is the classic disaster planet.”

Indeed, Venus is a treacherous planet. The atmosphere reaches nearly 1,000 degrees Fahrenheit — far hotter than the comparatively chilly Mars, where temperatures are just -80 degrees Fahrenheit on average. NASA explains that Venus’ thick air is filled with carbon dioxide, and the air pressure is 90 times higher than that of Earth. And while Mars has variation in its climate, Venus’ ends up fairly uniform.

Paul Byrne, associate professor of planetary science at North Carolina State University, tells Inverse that Venus is “a hugely unexplored world right next door.” He notes that Venus and Earth have a surprising amount in common, not least the fact they’re about the same size.

“How do you get two planets of the same age, made of about the same stuff in the same proportion, at similar orbital distances to their host star, with such vastly different surface conditions?” Byrne says. “I'd love for people to wonder why our planetary sibling is not our twin.”

Has Venus been explored before?

In fact, Venus was the first planet to be visited by a spacecraft when NASA’s Mariner 2 flew by in 1962. The Soviet Union launched several successful missions to Venus, including the first soft landing of a probe on another planet in 1970 with Venera 7, and the Venera 13 probe that worked for two hours on the surface in 1982. The European Space Agency (ESA) launched its first Venus orbiter, Venus Express, in 2005, followed by Japan’s Akatsuki, which launched in 2010 and successfully entered orbit in 2015 after a misfire on the first attempt.

But NASA last hosted a dedicated mission to the planet in 1989 with Magellan, and Russia hasn’t returned since the fall of the Soviet Union. Mars, on the other hand, has proven more popular: NASA’s Perseverance craft landed in February, and a joint Russia-ESA mission will go to the planet in 2022.

“The state of research into Venus is underdeveloped — we haven't had the same series of missions to the planet that we've had for Mars, say, and so we still have some fairly fundamental stuff to figure out for Venus,” Byrne says.

What are Rocket Labs plans for Venus?

In August 2020, Beck outlined plans to study Venus with a probe targeting aerial environments around 30 miles above the surface. The mission would launch in 2023 using Electron, the rocket that the firm currently uses to launch all of its missions.

The mission would use Rocket Lab’s Photon family of spacecraft to support the mission. Beck explained on Twitter and in subsequent stories that the spacecraft would get close enough to Venus to drop a small probe of about 82 pounds into the planet’s atmosphere, at a speed of around 24,600 mph. It will eschew balloons, working more like the small crafts in NASA’s 1978 Pioneer mission. Around 6.6 pounds of the probe would be used for a scientific payload to measure the atmosphere as it whizzes toward the surface.

Compared to Neutron, Electron is much weaker. The smaller rocket is capable of launching just 661 pounds to low-Earth orbit. Interplanetary missions are possible with much smaller payloads. In the March 2021 interview, Beck reiterated that Electron is capable of launching Photon. Neutron, on the other hand, would be able to launch “dozens” of Photon interplanetary platforms to host “tons of experiments.”

Another area of research could be the potential for life. In a September 2020 study published in the journal Nature Astronomy, scientists claimed they detected traces of phosphine gas in Venus’ atmosphere. The gas is normally a sign of life, unexpected on the planet’s harsh terrain.

Breakthrough Initiatives, a private space science organization funded by Israeli-Russian investor Yuri Milner, announced at the time plans to fund a research study into the potential for life on Venus. Milner said in a statement at the time that exploring the possibility “is an urgent priority for our civilization.” Beck also said at the time that the research “highlights why we need to go, and soon.”

Unfortunately, further research raised doubts. Research published in January claimed the signals could also be sulfur dioxide, which can be confused for phosphine gas in certain conditions. Breakthrough Initiatives did not respond to Inverse’s request for comment ahead of publication.

Beyond Rocket Lab, NASA is expected to select up to two proposals as part of its Discovery Program competition. Of the four finalists, two of them are focused on returning to Venus. India may also launch its first mission to Venus in 2024.

Earth’s hottest neighboring planet may be about to be cool again.