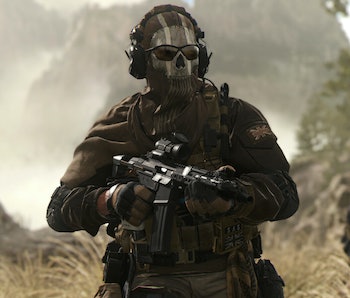 Warzone 2.0 and Modern Warfare 2 Season 2 has been delayed by two weeks. As teased by the previous in-game battle pass countdown timer, Season 2 was initially supposed to launch on February 1 but will now begin on February 15 instead. The delay is yet another blow to the community after Warzone 2.0’s less-than-stellar reception. Sure, Activision finally confirmed that a new Resurgence map will come alongside Season 2 as a consolation prize of a sort, but this delay is a prime example of what’s wrong with modern Call of Duty entries: It’s all tied to Activision rushing its games out the door.

More time in the oven

In 2022, Activision said Modern Warfare 2 would be “the most advanced experience” in Call of Duty history. Inverse scored it — and its battle royale spinoff, Warzone 2.0 — a 6 out of 10, with criticisms toward their pacing, odd design choices, and overall lack of polish across the board.

In short, these games weren’t ready for prime time.

Activision historically launches a new Call of Duty game in the fall every year like clockwork, cycling between three lead studios. This is to maximize sales in time for the holidays in an effort to drive high revenue each year. The thing is, gamers expect a high level of quality from AAA titles like Call of Duty, and as it stands, the current development cycles just aren’t long enough to deliver a worthwhile product. And the distinctions between the three primary studios — Infinity Ward, Treyarch, and Sledgehammer Games — has been blurred in recent years as they share the workload for developing subsequent entries.

Most recent installments could have benefitted from extra development time, as evidenced by community reception at launch and subsequent seasonal delays. How are these some of the bestselling games each and every year when they’re often released in such a poor state?

The most infamous example was the integration of the Caldera map in 2021. It’s shocking just how bad this update was, as it was nearly unplayable for most gamers, especially on consoles. There was a bug that caused assets to not load in, but their collision detection was still there, meaning you’d get stuck on invisible objects while trying to maneuver through buildings. It was months before these issues were fixed.

Likewise, the year prior featured a busted Cold War integration. Most notably, the weapons and their attachments were broken, forcing players to use only a handful of overpowered guns. But that’s not all: After the integration, a number of bugs flooded Warzone, making it difficult to play. The game had pay-to-win skins and weapon blueprints, bugged vehicles, and crashing issues galore. And at that point, the cheating problem was out of control.

As pointed out by CharlieIntel, the recent delay of Modern Warfare 2 Season 2 is a mirror image of 2022. Vanguard Season 2 was also delayed by two weeks (on nearly the exact date, too).

Player-count for Warzone 2.0 has dropped by hundreds of thousands since its launch (on Steam), proving something is wrong with the game. This has likely impacted in-game spending, which Activision is no doubt aware of. Personally, I haven’t spent a dime on cosmetics or bundles in Warzone 2.0 because I don’t enjoy playing it. (A far cry from my spending habits in the original Warzone.)

It’s clear the current development cycle and expectations from Activision executives aren’t sustainable. Instead of launching games before they’re ready, Activision should allow its teams more time to work on projects, leading to a more positive player experience in the long run.

The issue isn’t necessarily that the latest Warzone 2.0 update was delayed; The problem is that the game wasn’t ready in the first place. Players would be less upset if the base game were in a good spot, but as it stands, many of us are waiting around for Warzone 2.0 to just be playable. The Season 2 update is supposed to address many of the community’s concerns while adding a Resurgence mode, which should have been there from the start. Activision should have launched Warzone 2.0 in February or March of 2023 to allow for more polish.

Hopefully, Activision executives will learn from Warzone 2.0’s release and offer better communication with the community, while releasing more meaningful updates. But considering the game is out and players have already stopped logging on, it may be too late.