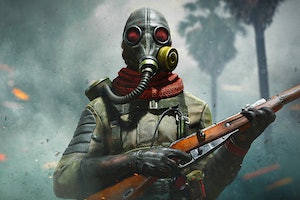 Call of Duty: Warzone is in a rough spot right now, as the free-to-play battle royale is packed with bugs and glitches across all platforms. On the heels of the massive Vanguard integration on December 9, which added more than 40 new weapons, a WWII theme, and the new Caldera map, Warzone players have no shortage of things to do. But the number of problems plaguing the game has made it hard to stick around.

It’s expected for an update as massive as this to have issues, but sadly, it will have been several weeks before any of them are fixed due to the developers at Raven Software being on holiday break. But what are the most major issues players are facing after the integration?

These are seven Warzone problems that need to be fixed in 2022.

While visual bugs have occurred across all platforms after the integration, they’re the worst on PlayStation. Sometimes, it’s as basic as a small texture on a crate or vehicle failing to load it — other times, entire buildings and hills look like they’ve been molded out of clay.

Warzone is an expensive game to produce, but sometimes you wouldn’t know it based on these janky visuals.

6. Audio cutting in and out

Audio is an integral part of the Warzone experience, as you’re able to hear enemy footsteps and other cues that can prepare you for battle. Following the Vanguard integration, audio constantly cuts in and out, making it difficult to effectively hear anything going on around you. This should be a top priority for Raven Software in 2022.

Much like the wild texture load-ins on PlayStation, entire assets often fail to load in across all versions of Warzone. Occasionally entire buildings will be invisible, though this happens inconsistently from player to player. But if assets happen to load in for your opponent first, you’ll likely lose the gunfight, since they’ll be able to navigate their surroundings more effectively.

Beyond that, weapon models are almost always invisible after you pick them up, making it near-impossible to aim. You can still use the weapons while they’re invisible, so you have to rely on the bullet trail to aim, which doesn't always line up with the crosshairs. Once again, this is an unacceptable problem the development team needs to prioritize ASAP.

When you visit a Buy Station lately, Warzone can occasionally freeze for several seconds. In a game this fast-paced, freezes like these can cause players to be eliminated through no fault of their own.

During late-game portions of matches, players will often hang out around Buy Stations to pick off anyone looking to make a purchase, so it’s imperative to get in and out quickly. (This has most certainly cost me a win or two since the integration launched.)

One of many things you can unlock in Warzone are camos for your weapons. Earning them all is a bit of a grind, but many players have already met the requirements to unlock Atomic, the highest-tier camo. The problem is that these challenges are bugged.

Even if you fulfill the requirements to earn Atomic camo, it still won’t unlock. This isn’t as much of a game-breaking problem but is still something that needs to be fixed so players can utilize their hard-earned cosmetics.

Crashes aren’t acceptable in any game, but it hits particularly aggravating when it happens in the middle of a 20-minute match. Warzone is a game about planning, patience, and luck, and it’s tough to get all of those things to line up in your favor. That’s why it’s so frustrating for the game to crash in the middle of a match, as it throws all your planning out the window.

Sometimes, the game crashes as matches are loading in, so it happens at different times. Bottom line — this is a huge downer for the community and has to be addressed.

Finally, the most-requested console feature is a Field of View (FOV) slider, and it’s surprising it still hasn’t been implemented. While this isn’t necessarily tied to the Vanguard integration, it’s something many of us expected to see added to consoles alongside the Warzone Pacific update, but alas, it’s a feature we’re still missing.

FOV settings allow you to change the size of your screen at any given time, and PC players have a wide variety of ways they can manipulate this feature. Since cross-play is enabled by default and only PC players have access to FOV settings, those on PS4 and Xbox One are left at a severe disadvantage. Perhaps it’s a technical limitation, proving the need for PS5 and Xbox Series X|S versions of Warzone.

We’ll likely get a massive update around the start of 2022. Here’s hoping most of these bugs are squashed then.