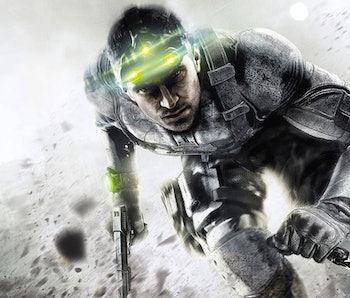 Splinter Cell is back. After years of begging from fans and protagonist Sam Fisher showing up in games like Ghost Recon Wildlands, Tom Clancy’s Elite Squad, and Rainbow Six Siege, Ubisoft has finally revived this beloved stealth game series. The new game in question is a full remake of Tom Clancy’s Splinter Cell, the 2002 game that kicked off the series. But the bigger question remains — can Ubisoft pull this off amid a tumultuous period for the publisher?

When will the Splinter Cell remake be released?

Ubisoft has not yet shared any information about when the Splinter Cell remake might be released. That’s likely because the game is in the early stages of development. Ubisoft’s messaging in a blog post suggests the game was only just greenlit.

As Ubisoft is still in the conceptualization and hiring phase for the project, this remake is likely still four or five years away. On the bright side, that means we can expect it to take full advantage of the PS5 and Xbox Series X whenever it does finally release.

Is there a Splinter Cell remake trailer?

While a traditional video game trailer wasn’t released, Ubisoft posted a new video about the Splinter Cell series alongside this announcement. In it, several developers from Ubisoft discuss the development of the original Splinter Cell and what made it so great. You can watch it below:

Who is the Splinter Cell remake developer?

This remake is being developed in-house at Ubisoft Toronto. That Canadian studio’s first game was 2013’s Splinter Cell: Blacklist, and it has since worked as the primary developer on projects like Watch Dogs: Legion and Far Cry 6.

The original Splinter Cell is being remade in the Snowdrop engine, Ubisoft’s most powerful engine used for games like The Division 2, Avatar: Frontiers of Pandora, and the untitled Star Wars game.

Technical Producer Peter Handrinos believes using Snowdrop will help Ubisoft modernize the experience. “From a tech perspective, if I had to boil it down to a couple of words in terms of the difference, what we're doing is exploration and innovation here,” he says in a blog post about the remake. “We've got a new engine and a new console lifecycle to take advantage of, so the tech is one area that we don't want to be stuck in the past.

How faithful is the Splinter Cell remake?

In the blog post about the remake, its developers say they want to redefine what Splinter Cell can be with new technology but stay faithful to its spirit and structure. The game will retain its planning-heavy stealth focus and linearity. This means that it won’t be an open-world game, even though almost all of Ubisoft’s single-player games are nowadays.

“We’re going to be straddling the line between the spirit of the old, and the comfort of the new, so that we can excite and surprise new players, but also make sure that when our returning players pick up the controller, they have that sigh of relief, saying “Ahhh, they got it,” Producer Matt West says.

We expect to see something a bit more ambitious than Ubisoft’s Prince of Persia: The Sands of Time remake, but not as wildly different from the original as something like Final Fantasy VII Remake.

Will there be new Splinter Cell games in the future?

While a remake is undoubtedly exciting, we also want to know if this is a one-time thing or if Ubisoft plans to continue to support Splinter Cell in the future with new games and experiences. Thankfully, it doesn’t look like Ubisoft’s return to Splinter Cell will be a one-and-done.

A VR Splinter Cell game is in development, and Netflix teased that an animated Splinter Cell TV show is in the works. As for something more traditional, Creative Director Chris Auty teased that there’s more to come. “With this remake, we are building a solid base for the future of Splinter Cell,” he said.

As Ubisoft has announced questionable games like Tom Clancy’s XDefiant and Ghost Recon Frontline lately and has gotten backlash for getting into NFTs, this Splinter Cell remake is currently the biggest bright spot in Ubisoft’s lineup.