Star Wars video games: 1 critical change has made it the Wild West again

"The Star Wars gaming galaxy is about to experience its own Big Bang." 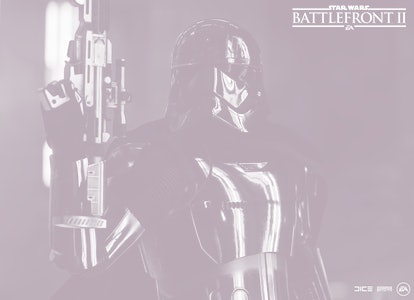 A subsidiary of Ubisoft and the developer behind The Division series, Massive Entertainment is an intriguing choice, especially when you also consider that Ubisoft is best known for Assassin's Creed, Far Cry, and Tom Clancy games. This announcement suggests that the Star Wars video game landscape is about to become a lot more varied now. It won't be just the whim of a single publisher.

For several decades, no one had the exclusive rights for Star Wars games. The late 1990s to late 2000s was a particularly golden age for Star Wars games as we got fantastic titles like Jedi Knight: Dark Forces 2, Knights of the Old Republic, Rogue Squadron, and The Force Unleashed. While there were some true stinkers like Masters of Teras Kasi, the landscape of Star Wars games was diverse and plentiful.

After Disney acquired Lucasfilm and shut down developer LucasArts though, things changed. EA gained the exclusive license for Star Wars games in 2013 and only managed to release four console games, canceling three others along the way. Lucasfilm Games and EA have made it clear that the relationship will continue, with Lucasfilm Games VP Douglas Reilly stating that their "relationship has never been stronger."

Still, EA will no longer have a monopoly over Star Wars games. Lucasfilm Games clearly benefits from letting more people work with the Star Wars license. The official blog post announcing this collaboration with Massive Entertainment even admits that "the Star Wars gaming galaxy is about to experience its own Big Bang," suggesting a large wave of Star Wars games will be released over the course of the 2020s.

"We’re looking to work with best-in-class teams that can make great games across all of our IP," Reilly said in that post. "We’ve got a team of professionals here at Lucasfilm Games who can work with the developers, shape the stories, shape the creative, shape the games, to make them really resonate with fans and deliver across a breadth of platforms, genres, and experiences so that all of our fans can enjoy the IPs that they know and love."

While many of EA's Star Wars games were multiplayer-focused, there will be more variation going forward. Lucasfilm Games seem keen to increase both the amount and variation of every Star Wars game that comes out and has plans to reveal more collaborations over the course of 2021. But what will the partnership with Ubisoft, which spearheaded Wednesday's announcement, look like?

So far, Ubisoft and Lucasfilm Games have only vaguely teased the direction that Massive Entertainment's Star Wars game will take. The aforementioned blog post calls it "story-driven and "open-world," two terms that Ubisoft fans will be familiar with. Massive Entertainment will develop this game alongside The Division 2 updates and a game based on James Cameron's Avatar.

"The Star Wars galaxy is an amazing source of motivation for our teams to innovate and push the boundaries of our medium," Ubisoft CEO Yves Guillemont said to Wired. "Building new worlds, characters and stories that will become lasting parts of the Star Wars lore is an incredible opportunity for us, and we are excited to have our Ubisoft Massive studio working closely with Lucasfilm Games to create an original Star Wars adventure that is different from anything that has been done before.”

The closest analogs in Ubisoft's current library to this new game are likely The Division, Far Cry, and Ghost Recon Breakpoint. While we've yet to see gameplay, don't be surprised if the game falls in line with Ubisoft's infamous open-world formula.

Anyone who has played a Ubisoft game will recognize a repeatable format to their open worlds. Vast regions are filled with objectives for players to engage with. That might involve clearing enemy outposts or climbing to the top of a series of towers to reveal missions in the surrounding areas. It also means a plethora of side quests offering dozens of game hours. A Star Wars game that has an open world as dense as Far Cry 5 or Ghost Recon Breakpoint would certainly keep players busy and entertaining for a long time.

Unfortunately, this also results in a lot of Ubisoft games feeling samey and shallow as the interesting objectives are spread too thin. While that setup can get quite repetitive, a Star Wars infusion might be just what it needs! Hopefully, we won't have to wait too much longer to learn more.

More Star Wars partnerships and video games will be revealed throughout 2021.