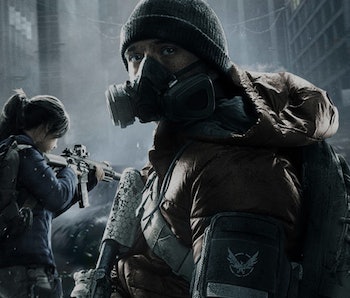 Video games, more so than any other medium, are plagued by convergence culture. As convergence pioneer Henry Jenkins defines on his website:

By convergence, I mean the flow of content across multiple media platforms, the cooperation between multiple media industries, and the migratory behavior of media audiences who would go almost anywhere in search of the kinds of entertainment experiences they wanted. Convergence is a word that manages to describe technological, industrial, cultural, and social changes, depending on who’s speaking and what they think they are talking about. In the world of media convergence, every important story gets told, every brand gets sold, every consumer gets courted across multiple media platforms. Right now, convergence culture is getting defined top-down by decisions being made in corporate boardrooms and bottom-up by decisions made in teenagers’ bedrooms. It is shaped by the desires of media conglomerates to expand their empires across multiple platforms and by the desires of consumers to have the media they want where they want it, when they want it, and in the format they want….

Like most of my peers, the first big mainstream introduction of convergence came via The Matrix franchise. The first film was a stand-alone action sci-fi story about a normal dude who fights back against mediocrity to become a huge cool awesome-man who will eventually save the world. There were guns and a relatively small cast and a series of visual tricks so elaborate that the literal worst actor in the world was able to carry two hours of screen time.

Then, when the film spread into a second and third entry, a series of multi-media entries were co-conceived for timed release between movie events. It was nothing new or unusual to have a game or comic book exist as part of the marketing structure for a film. What was new, at least to teens at the time, was the idea of The Wachowskis reconfiguring their narrative around the structure of a multi-media juggernaut. The big sell for the Enter The Matrix video game was that it bridged storylines between films, but also included an unspoken threat that the third film might not make sense if you didn’t consume the tie-in game content. And the comic books. And the anime DVD featuring shorts from a number of prominent directors.

I’ve railed against this experience before, but there is a line in the second Matrix film about how vampires and werewolves are all coding glitches. In the video game, there are extended sequences where you do battle with Matrix Vampires, which seemed to be setting up the plausibility of their involvement in the third film entry. When credits rolled on Matrix: Whatever The Third One Was Called, I was alone and furious in my theater, having been promised cyber-punk blood-suckers and receiving zero cyber-punk blood-suckers.

So there’s your first drawback to convergence culture: sometimes it promises way more than it can deliver.

One of my favorite realms to mine in modern pop culture is the annoyingly piss-poor world of video game adaptation movies, which consistently miss the point of why anyone was invested in the IP in the first place. The sub-genre of this, almost exclusively born from Matrix’s anime accessory, is the video game tie-in film. Traditionally, this exists as some kind of pre-order bonus or a more direct marketing device prior to release. It’s the kind of film that no one would ever dare to judge on its own merit, but it exists as a bizarre value-add for a medium that loves to flirt with cinema while constantly proving its own disconnect.

So here’s this genre of cinema that exists based on a false promise of providing further — read: necessary — plot points. The above linked Resident Evil trailer promised to extend the fiction of that universe, which is fun, until you remember that universe has such terrible lore it might as well be a jar of applesauce. Batman: Gotham Knight was an anime tie-in to the Arkham game series that went even further, promising to reveal important details of the upcoming Christopher Nolan film. Big surprise: absolutely nothing of the sort to be found.

You know how everyone’s least favorite part of modern games are the extended cutscenes that prevent you from playing the game? Why would we spend money to sit through an hour plus of cutscenes with no gameplay to reward us? Why do I keep doing it, even when I swore to stop wasting my life on this kinda of bullshit?

Well, I did it again.

As a weird surprise, Amazon Prime is currently featuring a game tie-in film for the upcoming military co-op shooter Tom Clancy’s The Division which is the latest entry in the series Things Tom Clancy Has No Idea Exist. The film is called “The Division: Agent Origins* which is no way was the working title. I poured a whisky and dove back into the lukewarm pool of convergence culture, for your entertainment, and the results are optimistically mixed.

To start, the film is free for Amazon Prime members and that’s a huge plus because at a total running time of 31 minutes, no one should pay for it. I watched the the stupid thing. It’s a mostly bad series of tonally disconnected shorts that range from handling the narrative heavy-lifting of explaining that some variation of bio-plague has claimed New York City, on down to a sudden shift into a pizza-based anti-terrorist battle that would make Mutant Ninja Turtles feel right at home in a Tom Clancy space.

After enduring the half-hour of faux-anti-terrorism in this weird microfilm that popped up on Amazon Prime, I went looking into the source because I felt an odd connection to the material. It turns out I wasn’t off-base with my criticisms of tonal inconsistency, because the film was a high-concept experiment in engaging four of the biggest action-gaming channels on YouTube (RocketJump, Coordioor Digital, etc) to produce branded content that Bill Gates’ Corbis Entertainment would later connect and expand into the cohesive Origins film.

And herein lives the promise of resurgence for this medium: there are so many people making ten-minute unlicensed fan films that far and away exceed both the quality and artistic scope of anyone working within the system. Smart producers would be extending opportunities toward those filmmakers who have previously proven their ability to go above and beyond the kind of creativity that “marketing” requires.

And that has happened here. While this Origins collected film is bad, re-evaluating it as an unstructured prompt convergence culture shoved upon four different prominent YouTube channels with no oversight— that’s kind of impressive. Adrian Picardi, who oversaw some of the work here (and who has made far more impressive work like the Impulse 76 Fan Film) would shine if given the reigns to do whatever he wanted over the course of a large timeline, instead of shoving the work alongside other creators in a grab for relevance and some pre-release clicks.

This all boils down to the idea that convergence culture isn’t damning to creativity, but when you’ve got too many dictates from too many different levels of marketing trickling down, you’ve got too many cooks in the kitchen. Take a chance on giving those creators with proven track records a chance to forge their own unencumbered slice of world building fiction, or else this is nothing more than homework.