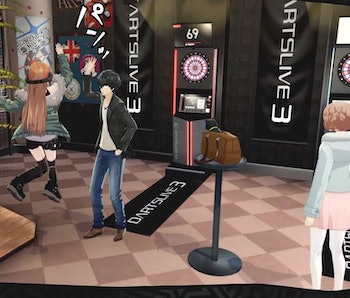 There’s a lot to do in Persona 5 Royal. Everything from ranking up confidants to getting a good grade in school is an option. Yet one of the most valuable side activities you can invest your time in is trying your hand at darts. Just like Square Enix did with Final Fantasy VII Remake, Atlus figured that a good JRPG needs a good darts mini-game (something I think more game developers should fully embrace). Here is how to master darts in Persona 5 Royal and max out your Baton Pass.

What does the Persona 5 Royal darts mini-game do?

When does the dart game unlock in Persona 5?

The darts minigame will unlock for the player after reaching a set story progression point. On June 5th, after completing the second palace, Ryuji will take you to the Penguin Sniper Lounge in Kichijoji for the first time.

This is the location of the darts game, as well as pool if you fancy it. After this, the player can visit the lounge at their leisure to play darts.

How to play darts in Persona 5

The goal of darts is just like real life. Try to bring your score as close to zero by the end of the game. Each game of darts is comprised of five rounds, each with three dart throws.

One of the biggest difficulties in the darts minigame is the controls. The game will encourage you to use motion controls if your controller offers it because darts are about immersion, baby!

But the motion control will often mess up your aim. The best way around this is to just ignore the motion controls altogether. You can just press a button on your controller to throw the dart instead. Press whatever the confirm button is on your respective controller and throw, you'll find your aim to be much more accurate.

You can also add to your chances of success by buying the Dart Set in the Shibuya Underground Mall as well as reading the “Learn Pro Darts” book in the Shinjuku bookstore.

How to encourage your party members during darts in Persona 5

During the fourth round, whichever teammate you are playing darts with will ask you for encouragement. If you respond with the correct answer, it will ensure that they win the game and will rank up their Baton Pass twice. Here is what to say to each party member:

There are two party members that are a bit different than the rest. The first is Futaba, who can’t be Baton Passed to. If you do want to use darts to help gain confidant points with her then answer “This is real.” when she asks for encouragement.

The second is Akechi who only plays the 701 variations of darts, meaning he has no phrases to give. Just play darts twice with him to max out his Baton Pass.