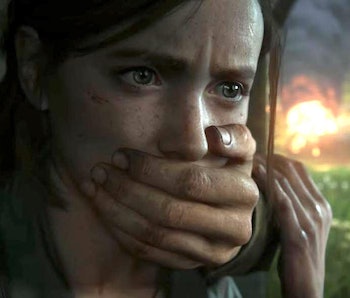 The first major 2020 video game to face delays due to the coronavirus pandemic is The Last of Us Part II. Sony announced Tuesday that Naughty Dog's next adventure and Marvel's Iron Man VR are both delayed indefinitely. The news comes less than a week after Sony issued a press release saying there were "no issues" thus far for development on any of its games.

Why was Last of Us Part II delayed? When will it be released? Here's what we know right now.

"[Sony Interactive Entertainment] has made the difficult decision to delay the launch of The Last of Us Part II and Marvel's Iron Man VR until further notice," the company wrote in a tweet Thursday afternoon. "Logistically, the global crisis is preventing us from providing the launch experience our players deserve." What does this mean exactly? It's tough to interpret, but an official statement from Naughty Dog offers some further clarification.

"We want to make sure everyone gets to play The Last of Us Part II around the same time, ensuring that we’re doing everything possible to preserve the best experience for everyone," reads an official statement from Naughty Dog. "This meant delaying the game until such a time where we can solve these logistic issues." The post indicates the team is "nearly done with development."

Naughty Dog has a notorious reputation for development crunch in the final months leading up to the release of the company's games. Kotaku reports that like most game companies, Naughty Dog has shifted entirely to working remotely amidst the pandemic.

It's possible that this may have led to development issues, but the main reason behind the delay likely has more to do with the distribution of the game's physical copies.

When Sony and Naughty Dog grapple with a "launch experience" that's "fair to all of our players" in these kinds of statements, it becomes clear that the ideal release is a simultaneous global launch that allows for everyone to play at the same time. That would probably be manageable if it were just digital versions of the game, but producing and shipping the millions of discs needed for hard copies is not possible in the current climate.

Sony is already experiencing major issues related to the launch of Final Fantasy VII Remake on April 10. The title won't be delayed, but developer Square Enix noted "supply chain disruptions and potential brick-and-mortar retail closures" would be an issue when it came to the sale of physical copies of the game. According to some reports, the game was already available in Australia on Wednesday — nine days before the official release.

For cinematic video games like The Last of Us Part II that emphasize narrative storytelling, this is a major problem for a number of reasons.

Spoilers would become a major concern, at least on the internet. But the more pressing issue is the safety of gamers everywhere. When GameStop broke the street date for Doom Eternal in March, it incentivized gamers entering public spaces so they might play a video game a day earlier than they otherwise would be able to at a time when reported cases of the coronavirus began to increase dramatically. This becomes a major public health concern if delayed shipments lead to a staggered release, incentivizing people to break quarantine just to claim a physical copy of a video game.

Which is to say nothing of the optics behind releasing a video game like The Last of Us in which a viral pandemic leads to the deaths of billions. Similar to A Quiet Place Part II's indefinite delay, a delay for The Last of Us Part II feels right. Post-apocalyptic narratives probably aren't what people need right now.

At one point in time, The Last of Us Part II was scheduled for release on February 21, 2020. In October, however, Naughty Dog's Neil Druckmann announced that the game's release had been pushed back to May 29. That was what everyone expected until today.

"It was during the last few weeks, as we were closing out sections of the game," Druckmann wrote at the time, "that we realized we simply didn’t have enough time to bring the entire game up to a level of polish we would call Naughty Dog quality."

This latest delay, however, has much more to do with the aforementioned distribution problems.

The Last of Us Part II's delay, unfortunately, is probably the first of many in the coming months. There's no telling when it will eventually be released, but it might not be until much later in the year.

More like this
Entertainment
Jan. 28, 2023
Last of Us Episode 3 release date, time, and trailer for HBO's zombie show
By Claire Fox
Gaming
Jan. 25, 2023
Redfall is Bethesda’s vampire-infested co-op shooter — what to know
By Jess Reyes
Entertainment
Jan. 21, 2023
The Last of Us is the exception to the video game curse, not the cure
By Joe Allen
LEARN SOMETHING NEW EVERY DAY.
Related Tags
Share: