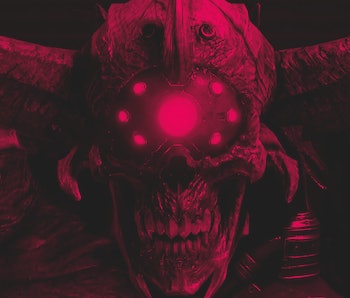 Doom Eternal was supposed to release on March 20. In fact, Bethesda already released detailed start times for that day. However, GameStop is selling the game today starting today, March 19, "as a safety precaution for our customers and associates." While picking up one of spring 2020's biggest games a little early sounds enticing, you should stick to picking up digitally. This strategy really doesn't benefit anyone but the corporate heads at GameStop.

"To ensure we adhere to CDC-recommended social distancing guidelines, we will be selling Doom Eternal a day early on Thursday, 3/19 as a safety precaution for our customers and associates," said an official statement from GameStop on Wednesday. "Animal Crossing will release on Friday 3/20 to further help separate the crowds."

Cooped-up gamers have pleaded with Bethesda and Nintendo to release their games early on social media. As such, the initial response to this news was fairly positive. Still, it's clear that this is more of a profit-driven move rather than something born out of concern for the well-being of GameStop's customers and employees.

This is further supported by the fact that GameStop has sent out a memo to employees claiming that the stores are "essential retail" so they will not be shutting down, even during enforced lockdowns. "Due to the products we carry that enable and enhance our customers’ experience in working from home, we believe GameStop is classified as essential retail and therefore is able to remain open during this time," a memo acquired by Kotaku says.

"We have received reports of local authorities visiting stores in an attempt to enforce closure despite our classification. Store Managers are approved to provide the document linked below to law enforcement as needed."According to Kotaku, that document recommends that law enforcement call the company's corporate offices if they have a problem with the stores being open.

The bottom line is GameStop is exposing its employees to health risks by requiring them to work during this frightening time. The retailer doesn't appear to be taking any extra steps to protect its workers or customers, outside of moving the release up one day. What's more, if this strategy pays off for GameStop, they'll probably try it again in a few weeks with Final Fantasy VII Remake. Hopefully, it won't come to that.

While hiding behind the idea of "safety," GameStop is resorting to desperate measures to survive in increasingly uncertain times. The chain has struggled financially for years, and executives are likely concerned coronavirus could be the beginning of the end. Still, digital downloads are the wisest and safest option for getting new games for the foreseeable future. (That distribution strategy is clearly working; tons of people are playing more games like Call of Duty: Warzone.)

Doom Eternal is a good game that Inverse recommends picking up, but this just isn't the best way for GameStop to go about selling games in such a scary time. If you can maintain your anticipation for just a few extra hours, the safest option for all parties involved would be to wait for the digital release of Doom Eternal on March 20.

This article was originally published on March 19, 2020