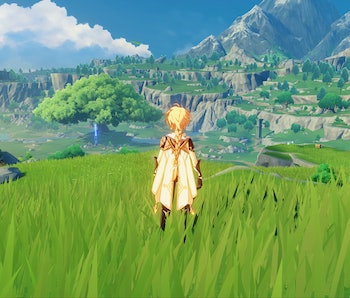 Genshin Impact is always online. Even when you're venturing around its world without friends, you'll need an internet connection in order to redeem daily rewards, access the online store, and even just play the game. As such, server issues can be a major problem for anyone looking to access the game in any capacity. If one of them pops up while you are in the middle of playing, it can be quite frustrating and kill the pacing of your play session.

There are three specific errors that can pop up across the PC, PS4, iOS, and Android versions of Genshin Impact that a lot of players have run into. We've rounded up those common error messages that crop up in Genshin Impact, what they mean, and what players can do to solve them.

The most common error that pops up in Genshin Impact is Error Code 4206. This is one of the default error messages that will pop up when there is an issue with the user's internet connection of those playing the game. Error Code 4201 is also common and causes similar issues.

The quickest way to check this error is to make sure that you are fully connected to a stable, private internet connection. In some cases, however, the game's servers may be entirely down.

Any troubleshooting you run through when encountering issues with your internet might help: restart your device, restart your router and/or modem, and always go for a wired connection before connecting via wifi.

If all that still doesn't work, some Twitter users have reported that switching your server region can also solve this issue. Your online experience might not be as smooth if you are playing on a European or Japanese server from America. As is the cure-all for any online game, if it's an issue on the developer's end, it's best to just put the game down and come back later once the issue is resolved.

Another Genshin Impact error that can pop up is Error Code 9908. While the cause of this issue is unknown, the developer has confirmed that the best way to resolve this error is to shut down and start up the game again. If the error is still popping up, you can do something a little more drastic and outright uninstall and reinstall the game. After doing those things, you shouldn't get the error anymore.

While these errors pop up across all platforms, they can be the most common on the PC version of Genshin Impact as a lot can go wrong with your internet connection and how well your PC and run the game. Even playing on mobile can come with its fair share of issues, as your phone could accidentally drop from Wi-Fi without you noticing.

For the most stable experience, we'd recommend playing Genshin Impact on PS4. If you're still running into issues, you should check your internet and try other server reasons. If nothing is working, try restarting the game, and if you're still having issues after that the problem is almost certainly the developer's end.

If that's the case, then all you can really do is wait for the issue to be resolved. Big updates are in the pipeline as well, so hopefully, the servers will become more stable now that the developer knows how popular it is and updates the game to accommodate that.