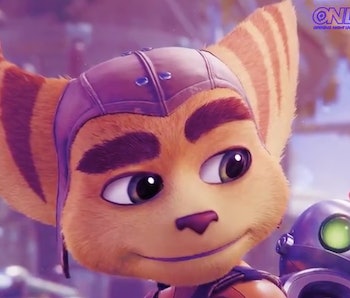 Summer is drawing to a close, and that means it's time for Europe's answer to E3: Gamescom. Typically held in Cologne, Germany, this year's event will be all-digital due to the ongoing Covid-19 pandemic. Game Awards impresario Geoff Keighley will again host Gamescom Opening Night Live to kick off the proceedings on August 27. The online broadcast will show off nearly 40 upcoming games. Many of these are previously announced titles, though viewers can expect a few surprises and world premieres, too.

Here's a rundown of what you can expect from Thursday's event, and how to tune in.

Since Gamescom takes place in Germany, it takes place in the evening in Europe. For those of us watching from North America, the broadcast will take place at a more sociable hour. Viewers on the East Coast should plan to tune in at 2 p.m. ET for the two-hour broadcast.

Where can I watch Gamescom Opening Night Live?

You'll be able to find live streams of Opening Night Live on YouTube and Twitch. From our experience, it might be worth opening a tab for each — often, one feed can be faster than the other.

What games will be shown at Gamescom Opening Night Live?

Keighley also specified that most of the 38 games slated to be featured during the showcase are previously announced titles. Here are some of the titles the host has confirmed via his social media channels so far:

We'd also expect to see more footage from games from European developers due out this year, like CD Projekt Red's Cyberpunk 2077 and Ubisoft's Watch Dogs: Legion and Assassin's Creed: Valhalla.

We want your opinions on next-gen consoles — take our reader poll!

What games won't be shown at Gamescom Opening Night Live?

In a preview Q&A stream ahead of Opening Night Live, Keighley clarified what fans can expect from the event, without giving too much away. He noted that "ridiculous" possibilities, like a Grand Theft Auto 6 or Half-Life 3 reveal, weren't going to happen.

If you're craving a closer look at Elden Ring — and seriously, who isn't? — you've probably got a bit longer to wait. We don't expect to see anything about this FromSoftware title until Tokyo Game Show in mid-September.

We don't anticipate any major reveals about PS5 or Xbox Series X preorders, release dates, or pricing at Opening Night Live. Sony and Microsoft have stuck to their own cadence of online events throughout the summer, and that shows no sign of stopping. Expect most of the next-gen teasers during Keighley's showcase to come from third-party developers.

The same goes for first-party Nintendo titles, or even the slightest peep about the rumored Nintendo Switch Pro. While VentureBeat journalist Jeff Grubb has said we could see a Nintendo event at the end of August, September's looking more likely.

"It's weird that August 28 is a Friday, so I'm not confident at all that's a general Direct. It could be any number of things. But do expect a Direct equivalent by the middle of September," Grubb said of Nintendo's plans in an August 22 tweet.