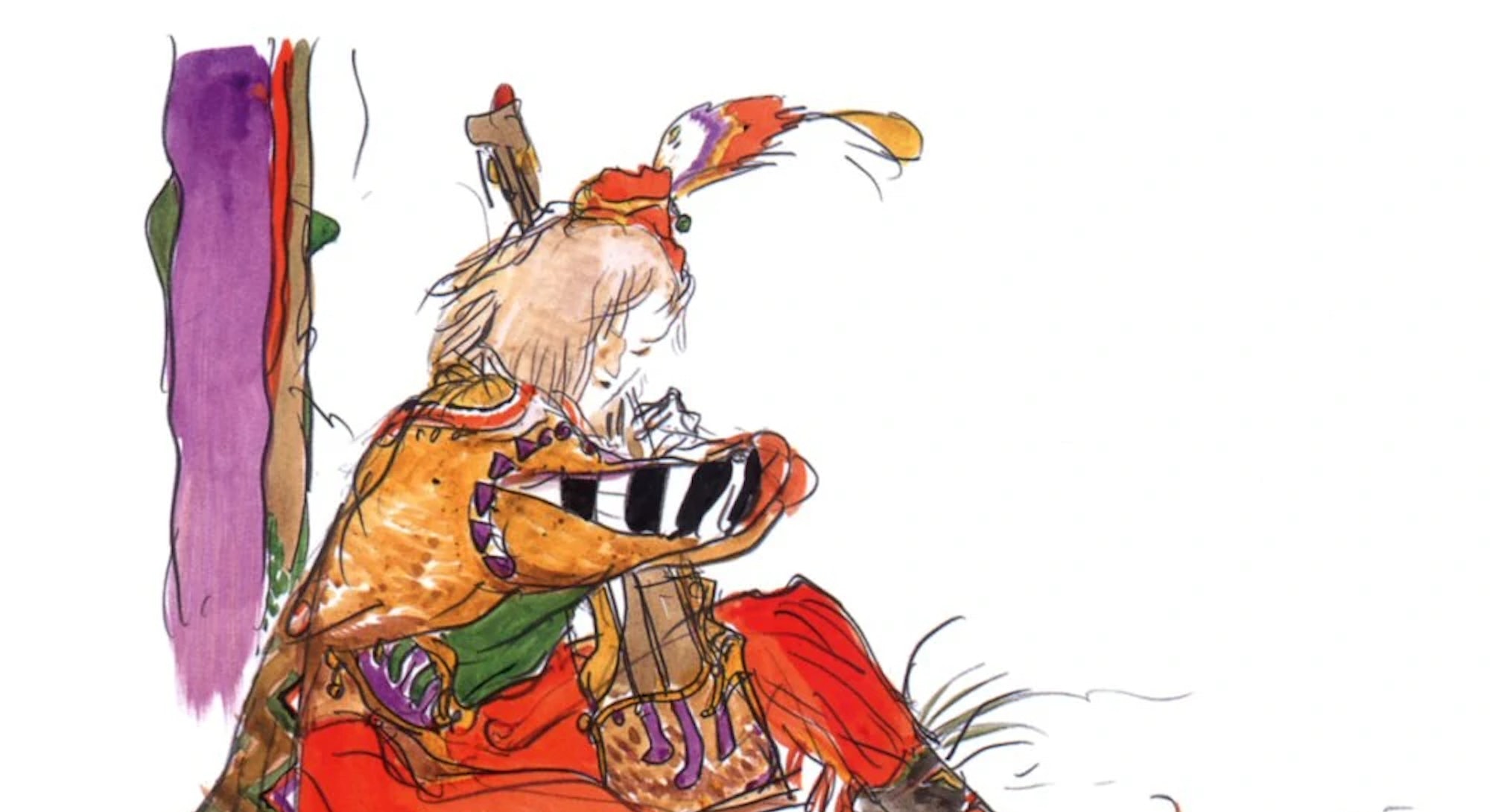 “All the world’s a stage, and all the men and women merely players.”

William Shakespeare wasn’t talking about video games in this line from As You Like It, as he wasn’t a big gamer (to be fair he died in 1616). Yet one of gaming’s most renowned franchises shares more in common with the Bard than one might initially think. As an inherently immersive medium, gaming invites easy comparisons to the theater, and nowhere is this clearer than in the Final Fantasy franchise.

Looking back over 35 years of beloved worlds, characters, and stories brings to light how the franchise and the Shakespearean canon both adhere to similar methods of storytelling — and why Final Fantasy is that much more beloved for leaning into the theatrical.

Final Fantasy was released on December 18, 1987, and 35 years later, it remains one of the most beloved franchises in gaming. Inverse's celebration takes a look back at our favorite games, characters, and moments over the years.

Final Fantasy IX begins with the game’s cast of characters attending the play I Want to Be Your Canary. The play contains multiple references to King Lear and its name alludes to the line “I would I were thy bird” from Romeo and Juliet. In-game, the play is written by a character named Lord Avon, a reference to Shakespeare’s home Stratford-upon-Avon. But FF9 has more connections to the Bard than a myriad of references.

FF9 shares many commonalities with The Tempest, but the most interesting connection is their creator's relationship to these respective pieces. The Tempest was the last of Shakespeare’s plays and in many ways, it defies categorization. It mixes comedy and tragedy in equal measure, becoming a blend of the playwright’s entire body of work.

Hironobu Sakaguchi created the Final Fantasy franchise and had major involvement in every project from Final Fantasy I through IX. But FF9 is Sakaguchi’s last game taking on a major creative role. Sakaguchi can be felt looking back over his body of work and taking stock of it in FF9. It blends everything about the greatest entries to that point and paints a picture of the ideal Final Fantasy. To this day Sakaguchi says it is his favorite entry in the franchise.

Sakaguchi and Shakespeare both left behind what the world would come to know them for, and in their final work, they created masterpieces that seek to push the creator further than they had gone before ... just one more time. Sakaguchi’s connection to Shakespeare’s work can be felt in the franchise he created, even in the projects he had no involvement with.

Shakespeare’s body of work is commonly divided into four genres: history, comedy, tragedy, and romance. As an anthology with 15 mainline entries (and many more spinoffs), Final Fantasy has always spanned a wide array of genres, yet you could easily use these Shakespearean categories to Square Enix’s JRPGs.

Final Fantasy XV tells the story of a reluctant prince whose father is murdered, which launches his dual dilemma of mourning his father while attempting to secure the future of his royal stature. This is a pretty spot-on riff on one of Shakespeare’s most famous tragedies, Hamlet. The two stories even feature the same tragic fate for the protagonist.

Both Final Fantasy X and VIII serve as the most overtly romantic games in the franchise. VIII specifically tells a story of how love is the most important thing you can find in life. These pull-on many Shakespearean plotlines found in the playwright’s iconic romances such as Romeo and Juliet.

Many games in the franchise have comedic elements, which help bring levity to deeply emotional stories, but some have more comedy than others. Gilgamesh in Final Fantasy V stands out as a prime example of this with lines like, “Enough expository banter. It's time we fight like men. And ladies. And ladies who dress like men. For Gilgamesh ... IT IS MORPHING TIME!” The aforementioned Final Fantasy IX has many comedic elements as well, including the bumbling knight Steiner.

Even histories exist in Final Fantasy, specifically Tactics and XII, which take place in the setting of Ivalice. Though fictional, they tell stories rooted in the many years-long tensions that lead to wars and political strife. Final Fantasy XII’s story was “relationship-oriented” and “very Shakespearean,” said casting director Jack Fletcher in a VG247 interview. To tell that story, the team auditioned and hired several theatrically trained actors with little experience in voice work. The recording process “was like actually doing a play,” said Fletcher.

While Shakespeare did not invent all of these stories, the way his plays evoke character and emotion is unique; This is what Final Fantasy draws on in its storytelling.

Despite being four centuries old, Shakespeare’s writing persists because the themes remain timeless, and anybody can connect with the story performed in front of them to some extent. The magic of the plays is in how they expertly bring forth a ubiquitous human experience and present it to the audience. If you were to ask what game evokes that same feeling in players, the answer would often be one of the Final Fantasy games.

Characters and moments from Final Fantasy loom so large in the gaming world due to the emotional reaction they elicit in the player. This is the reason that Aerith’s death in Final Fantasy VII continues to fascinate fans and why there were endless theories on how you could bring her back to life. These moments make the audience feel something real.

While both Final Fantasy and Shakespeare’s plays conform to some traditional storytelling consistent with their respective mediums, the conflict at the heart of every story is always about identity. They remain relevant because they are ultimately about the human condition: The conflict between who we are and what is expected of us versus who we want to be. Reconciling these identities is equally at the core of Shakespearean canon and Final Fantasy. The drama of these stories, while sometimes absurd and littered with fairies or Mako energy, serves as a catalyst for inner conflict.

This is the binding thread between the two bodies of work. They work their way into the audience and refuse to let go, leaving us changed. As we celebrate 35 years of Final Fantasy, I believe that the franchise will yet again prove its similarity to Shakespeare and live on for many years to come. That is what timeless stories do.

Now let us end with the words of William Shakespeare: