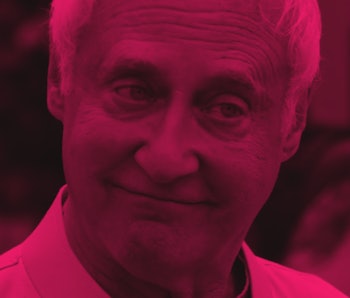 One of the biggest mysteries of Star Trek: Picard Season 1 proved nearly every fan theorist wrong. Brent Spiner reappeared as the beloved android Data in Picard Season 1, but his involvement was another big twist, which could have big implications for Season 2.

Patrick Stewart has just dropped a small hint about Spiner's involvement in Picard Season 2, and it looks like Data's brother will almost certainly return. But what does it mean?

In Season 1 of Picard, Brent Spiner played Data in various dream sequences, and the android's "consciousness" during the finale, when Picard's own virtual "soul" hung out with Data in Cozy Android Purgatory. Spiner also appeared in a second surprise role: the human Altan Inigo Soong. The biological offspring of Data's creator, Dr. Noonian Soong, Altan is Data's human "brother."

During a recent interview with Deadline Hollywood, Stewart talked a little bit about reuniting with his TNG castmates for Picard:

"It was a very desirable and a very emotional experience, to be reunited with Jonathan [Frakes], with Marina Sirtis. And with Brent [Spiner] too, although he doesn’t appear that often, he has a very significant role in Season 1, and maybe he might again in Season 2. But I can say no more than that. Sorry to be so coy."

We've already known for a while that a huge chunk of Picard Season 2 has already been written, mostly because producer Akiva Goldsman confirmed that filming would be happening now, if it weren't for the COVID-19 pandemic. Stewart is almost certainly is fully aware of the story for Season 2, and if he says that Spiner "maybe" and "might" show up again, then it seems pretty darn likely. So what will Altan Soong do when he returns? Here are three possible answers.

In "Et in Acardia Ego Part 2," Jean-Luc Picard dies and is reborn in a synthetic android "Golem." Effectively, this means that Picard is a cross-species character now: He was human for most of his life, and now an android. But, who will help Jean-Luc if his Android body needs repairs? Sure, he could go to Geordi La Forge, but seeing as Altan is the person who made this body, it feels likely that Jean-Luc would call-up Altan if he needed any maintenance.

Just before Picard said goodbye to Data in the Cozy Android Purgatory, he admits he doesn't really like Data's human brother. Data replies, that the Soongs are "an acquired taste."

This line partially references the fact that Altan Soong was initially totally onboard with the idea that his Synth "children" would summon greater A.I. beings from beyond our regular dimension, which would result in the death of nearly all organic life. That said, Data is also kind of making fun of his entire family tree, not just Altan's fondness for genocide. Data's father, Noonian, did all sort of questionable things, at one point hijacking the Enterprise just so Data would visit him.

In the Enterprise episode "Borderland," we met Noonian's ancestor, Arik Soong (also played by Brent Spiner), who was a pro-eugenics mad scientist who started a 22nd-century insurgency to bring-back genetically engineered super-beings who were basically all way worse than Khan. Data's brother Lore, is also a well-known murderous asshole.

It's been pretty well established that most of Data's family members are terrible people. If Altan Soong did return in Season 2 of Picard, it may be as a villain. Seeing Picard and Soji face off against Altan would be thrilling and high-stakes after the events of Season 1.

Considering that nobody predicted Spiner returning to play Data's previously unknown human brother, it's possible the actor could play someone else we haven't thought about in a while. In post-Picard interviews, Spiner was pretty adamant that he's done playing Data, but didn't rule out returning to the series. But two other androids who look exactly like Data could return for Picard Season 2: Data's evil twin Lore, and his less-advanced prototype, B-4.

We saw B-4's parts in a drawer in the first episode of Picard. We haven't seen Lore's body since the TNG Season 7 episode, "Descent. But, as far as we know, it wasn't destroyed. This means that if Spiner did return for Season 2 of Picard, he could do so playing one of Data's three different brothers — Altan, Lore, or B-4.

In any case, if Spiner does rejoin the cast of Picard, one thing is clear: This version of Star Trek isn't even close to being done talking about androids. In fact, it's just getting started.

Star Trek: Picard Season 2 does not yet have a release date.