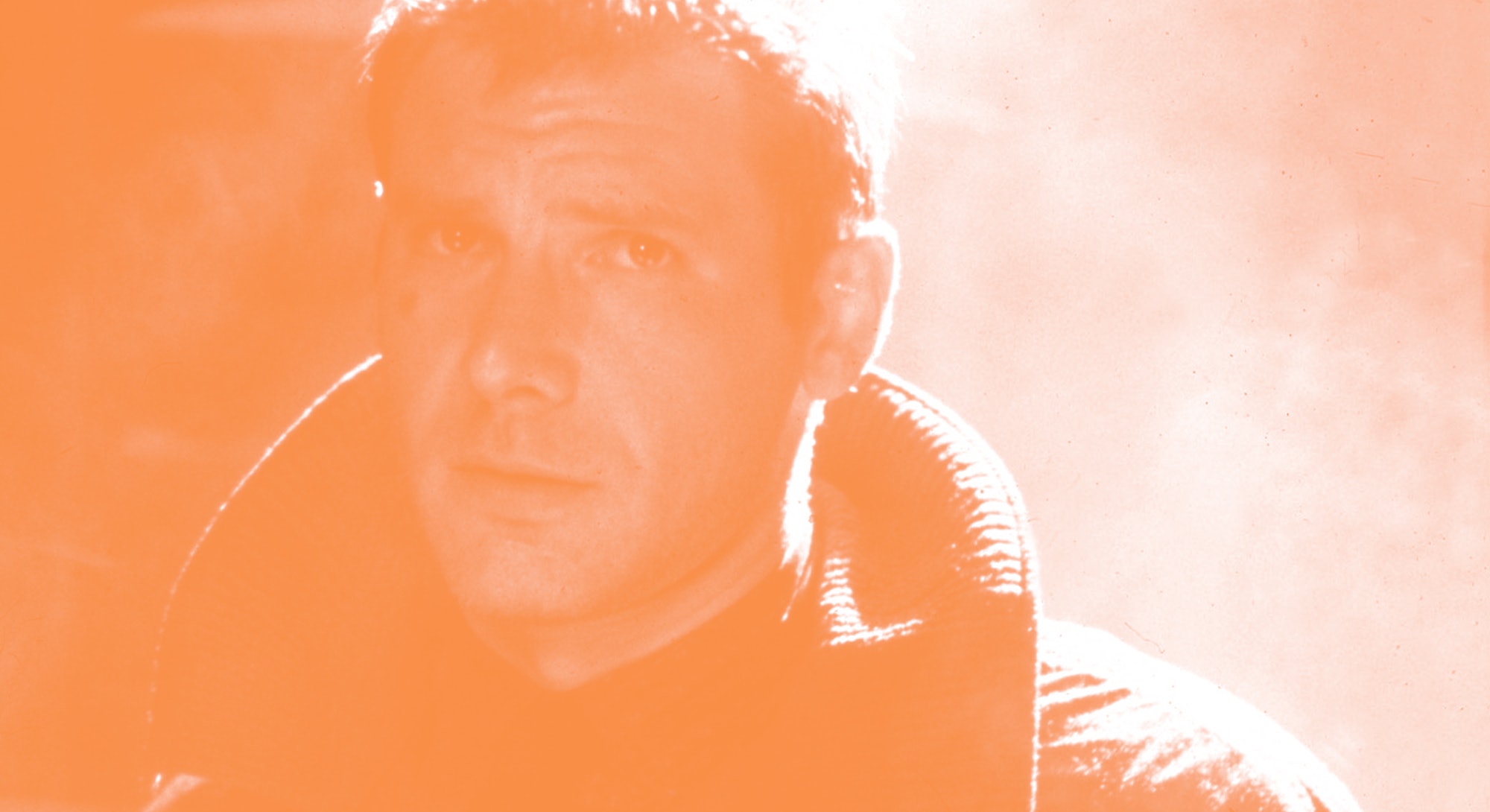 Jean-Luc Picard has seen things you people wouldn't believe. Starships on fire off the shoulder of Wolf 359. He's watched Riker's eyes glitter in the dark in a holographic jazz club. And all those moments will now be lost, like tears... in the... rain.

If that sounded familiar, it should. The dying words of a Replicant named Roy Batty, played by Rutger Hauer, are a major reason Blade Runner has become a sci-fi icon. When it comes to a slick meditation on the differences between organic and synthetic life, Blade Runner is a touchstone because its approach was so naturalistic. In terms of its architecture, dialogue, and tone, it was nothing like Star Trek.

But now, Picard is borrowing more than a little bit from Blade Runner, and altering a fundamental aspect of most A.I. stories — it's not a dystopia. Picard is looking to have its hard-boiled grimdark procedural and eat its hopepunk utopian cake, too. But will it work? Can you do robot uprisings in what is basically an otherwise perfect future? Spoilers ahead.

In the first episode of Picard, Jean-Luc gently tries to tell Dahj her memories of her "biological" father probably aren't real, and she's not having it. She insists that she can't be a "soulless murder machine," because she remembers her father named her after a hybridized orchid.

"It's a beautiful memory," Picard says. "And it's yours." The implication, of course, is that it's also fake; that Dahj is programmed to believe memories she did not actually experience. Philip K. Dick didn't invent the notion that A.I. would be given false "human" memories, but Blade Runner arguably perfected the believability of the concept.

In the film, when Rachael finds out that she's not human, she has a similar meltdown, but Deckard (Harrison Ford) is less gentle about the reveal.

"Implants! Those aren't your memories. They're somebody else's," he says.

In Blade Runner 2049, we find out Replicants have memories crafted by a specific person, and the process has to incorporate plenty of actual experiences in order to feel real. Still, the notion of a bespoke backstory is essentially identical in both Picard and Blade Runner.

Battlestar Galactica played with this idea too — with one crucial difference. In that series, the "skin job" Cylons who believed they were human were created by other Cylons. In Picard and Blade Runner, humanoid A.I. is created by humans. Though Dahj is thought to be Data's "daughter" in the premiere episode, we're led to believe her true maker is an old-school cyberneticist named Bruce Maddox. So, assuming there isn't a further plot twist, Dahj and her twin sister Soji were made by humans and built to resemble humans. Even the hosts on Westworld still have robotic looking brains on the inside, so, that means that Dahj and Soji represent a new kind of Star Trek android, which have a lot in common with the Replicants of Blade Runner.

Picard seems to acknowledge that it's playing with these Blade Runner motifs. The scene where Dahj realizes she has to find Jean-Luc happens in the rain, and it's raining constantly in Blade Runner.

In Blade Runner, Deckard's dreams make the audience wonder if he too is a Replicant. Jean-Luc is dreaming about androids, and they're also dreaming of him. I'm not saying Picard will eventually reveal that Jean-Luc is an android, but it is doing something that this particular kind of sci-fi has never really attempted.

Blade Runner is the most famous example, but everything from Westworld to A.I.: Artificial Intelligence, suggests a future world of disenfranchised robots overwhelmingly sucks. Even relatively happy robots like C-3PO and R2-D2 live in a shitty state of affairs. Star Trek isn't like that. One could argue its longevity stems from that optimism. The conflicts tend to come from outside human culture, rather than within it.

It's tempting to say Picard has changed that status quo, and on some level maybe it has. Jean-Luc has rejected the direction Starfleet is headed, and the politics of the galaxy seem to be a little unhinged. (Romulans on Borg ships! What's going on?)

Then again, maybe Picard simply offers a different perspective on that utopian future. Out in space, it was pretty easy for The Next Generation to present the ideals of humanity without wondering about starship production and the state of the economy. If the Federation loves peace, why are always in a cold war with the Romulans? By introducing an A.I. revolution, Picard is taking Star Trek's android skeletons out of the closet. It gestures toward a less simplistic view of utopia and how it functions when sci-fi meditates on technological fears.

Science fiction visionary Margaret Atwood has frequently pushed back against the idea that "dystopia" and "utopia" are even distinct concepts, writing in a 2011 essay: "Ustopia is a world I made up by combining utopia and dystopia – the imagined perfect society and its opposite – because, in my view, each contains a latent version of the other."

This notion perfectly describes the narrative push and pull in Picard, and the Trek franchise as a whole. The Federation came to be after World War III ravaged humankind from 2026 to roughly 2053. Only after achieving warp flight and meeting the Vulcans did Earth manage to get its shit together. In a way, Star Trek's history has always been a spectrum between dystopia and utopia.

What this means for Star Trek: Picard isn't clear. Science fiction can move all along the darkness spectrum with these kinds of robot revolution stories, but the fact that Picard is homaging Blade Runner so specifically feels relevant. The membranes between "hopeful" science fiction and "dark" science fiction are a little rigid in several corners of the internet. So, perhaps Picard can help to break down those boundaries.