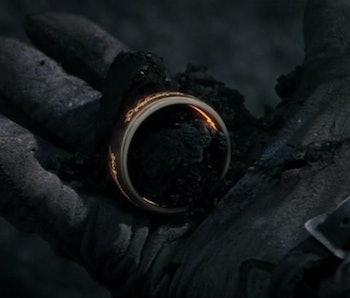 Who will lead Amazon’s Lord of the Rings? Presumably, the prequel series will focus on a number of different factions and boast a wide ensemble of characters, but who will be its Frodo?

In other words, who will be the central point-of-view character that the series’ story ultimately revolves around?

At this point, it’s hard to say for sure, though many believe the Amazon show may adopt the split-perspective, ensemble structure of a series like Game of Thrones, featuring no real “leads.” And yet, a recent leak alleges that the Lord of the Rings TV series will actually focus on one character well-known to casual viewers and die-hard Tolkien obsessives alike.

If true, this reveal will also totally reshape how fans think about the series heading into its September 2022 premiere.

The Leak — One of the main characters in Amazon’s Lord of the Rings series will be none other than Isildur, according to the Fellowship of Fans Twitter account. The tweet also states that Isildur will emerge as one of the show’s central characters in its third episode.

If true, the leak may serve as further proof that the first two episodes of the show will be — as many early rumors have suggested — a massive, two-part prologue. As casual and committed Lord of the Rings fans will already know, Isildur was the man who, at the end of the Second Age, chose not to destroy the One Ring after Sauron’s body had been vanquished. His decision to spare the Ring is what directly led to the events of the Lord of the Rings trilogy.

If Isildur really is one of the main characters of the prequel series, that means the show will primarily take place later in the Second Age than many Lord of the Rings fans had previously speculated — and after some major events have already taken place.

Isildur and the Fall of Númenor — The Second Age of the Sun is a period of time that lasts a little over 3,400 years in Tolkien’s world. According to established Tolkien canon, Isildur isn’t born until the era’s 3,209th year. The first 100 years or so of Isildur’s life all, notably, take place on the great island kingdom of Númenor; that period ends when Númenor is destroyed and Isildur and a select few Númenoreans — known as “the Faithful” — sail for Middle-earth.

As a result, any series that positions him as one of its central characters must be focusing on the corruption and downfall of Númenor. That’s an epic story, and it’s one that Lord of the Rings fans everywhere have long suspected the Amazon series will depict at some point. However, the show beginning with Sauron’s corruption of Númenor also means that some of the Second Age’s biggest moments and conflicts will either be skipped over or only briefly depicted in the series’ opening episodes.

These include the initial forging of the Rings of Power, the War of the Elves and Sauron, and the death of Celebrimbor, three major moments that Lord of the Rings fans have long wanted to see brought to life on-screen. The series could also bend canon a little and have Isildur be born earlier than he was in the books, but it’s hard to know just how likely that is at this point.

Either way, this leak suggests that Amazon’s Lord of the Rings series will focus on the people and fate of Númenor earlier than many expected it to.

The Inverse Analysis — In some ways, it makes sense for Amazon’s Lord of the Rings series to make Isildur one of its core characters. Not only is he someone fans of the original Lord of the Rings trilogy will remember, but his actions in the Second Age had a massive impact on Frodo’s quest and the War of the Ring.

However, making Isildur a lead character as early as the show’s third episode means that the series will be skipping over or truncating certain events — like Annatar’s deception of Celebrimbor — in order to cut to the corruption and eventual downfall of Númenor late in the Second Age. That’s disappointing, given just how many thematically rich conflicts play out before that.

Then again, it’s possible this leak is either inaccurate or that Isildur will simply be born far earlier in the show than he is in the books, which would allow him to be alive during events like the War of the Elves and Sauron. However, we still don’t know how much Lord of the Rings lore Amazon and the show’s writers are allowed to alter.

Amazon’s Lord of the Rings series premieres on September 2, 2022.