“It is because of Men the Ring survives.” 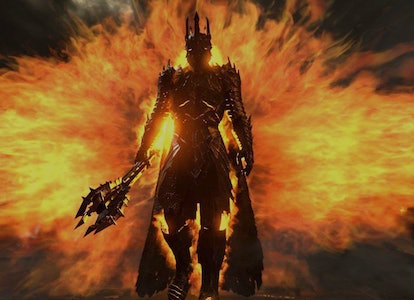 Few characters in The Lord of the Rings are as important to the events of its epic story as Isildur. Not only does Isildur play a pivotal role in the defeat of Sauron at the end of the Second Age of Middle-earth, but his failure to destroy the One Ring directly leads Frodo and the Fellowship to their overarching quest throughout the trilogy.

Isildur is often regarded negatively by fans of the Lord of the Rings films – and even by some J.R.R. Tolkien scholars. But Amazon’s upcoming Lord of the Rings TV series, set before the films, has the opportunity to change how many view the once-great King of Gondor.

The Theory — In the Lord of the Rings film trilogy, all that’s really shown of Isildur (as played by Harry Sinclair) is his cutting of the One Ring from Sauron’s finger, followed by his refusal to destroy the dark artifact in Mount Doom and his death as a result of possessing it. In other words, the character’s most visible moments are his greatest failures. But Isildur wasn’t always the corrupted king he became after claiming ownership of the Ring.

Throughout much of his life, as covered by Tolkien’s books, Isildur was a fairly heroic figure. And since Amazon’s Lord of the Rings series is set during the Second Age of Middle-earth, there’s a strong chance it will depict some of Isildur’s greatest triumphs.

The Faithful Ones — Isildur was born on the island kingdom of Númenor, a legendary location from Tolkien lore that’s confirmed to appear in the Amazon series. Like his father and brother before him, Isildur was a member of The Faithful, a group of Númenóreans who resisted Sauron’s corruptive influence over the kingdom and stayed faithful to the same divine beings (known as the Valar) their fellows grew to resent.

Isildur was a key figure in the conflict that eventually brewed between The Faithful and the rest of the Númenóreans. When he learned that Sauron had convinced the Númenórean king to cut down a sacred White Tree known as Nimloth, which grew in the island’s royal palace, Isildur snuck into said palace and stole a fruit from the tree. Attacked during this theft and suffering serious injuries, Isildur still managed to escape. The White Tree of Númenor was destroyed shortly thereafter, as Sauron intended, but the fruit that Isildur stole ultimately allowed for the creation of the White Tree of Gondor.

Isildur later escaped the destruction of Númenor with the rest of The Faithful, jointly ruling over Gondor with his brother. At one point during his reign, he secured an oath from the Men of the Mountains that they’d come to Gondor’s aid when needed. But when that time finally arose, they refused. Isildur cursed them to not rest until they fulfilled their promise, which they eventually did in The Return of the King.

At the end of the Second Age, Isildur fought for years against Sauron’s forces as part of the Last Alliance of Elves and Men. Ultimately, he was the one to cut the Ring from Sauron’s finger, leading into the better-known events of the films.

The Inverse Analysis — Isildur is a complex figure in the Lord of the Rings lore, one whose mistakes had devastating consequences for all those who followed him. But he was also a character who, before coming into possession of the Ring, lived by his ideals and his faith. Amazon’s Lord of the Rings series could redeem Isildur by showing viewers the younger, smarter, and more courageous side of the character.

AMAZON’S LORD OF THE RINGS SERIES DOES NOT YET HAVE A RELEASE DATE.