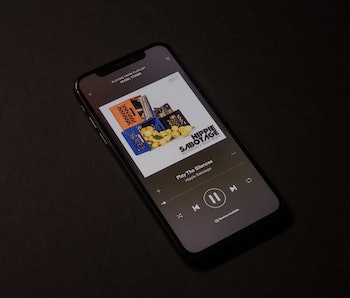 And then there were five. On Monday Apple shipped the fifth version of the iOS 12 developers beta to applicable iPhones and iPads. This is only available to users who signed up for Apple’s $99 developer’s program. The public beta is still on its third version but seeing as upgrades to both versions are closely linked, expect a fourth version of the public beta to be released soon.

Much like the other beta iterations, this one includes a mix of potentially game-changing features as well a host of smaller changes to smooth out the iPhone and iPad browsing experience.

But less expected was Apple’s decision to remove some signature features that were released with the other betas. That begs the question of whether Apple has retracted these to further improve upon them, or it whether they’re responsible for one of iOS 12’s swarm of bugs.

Earlier this year there had been some rumblings that the rumored 6.5-inch OLED display iPhone might hit shelves with dual-SIM capability. This would mean that the so-called iPhone X Plus would let users seamlessly switch between two carrier plans, a feature that would keep globetrotters from having to carry multiple phones or a bag of various SIM cards.

Over the course of Monday evening, 9to5Mac found a snippet of code in the update that references a “dual sim device,” “second SIM status,” and a “second SIM tray status.” This could mean that 2018’s iPhone could no longer be confined to a single SIM tray and eSIM support.

This feature isn’t accessible on the beta, as the “SIM tray” text suggests it might only work with certain hardware. But Apple might have just leaked a highly desired feature for its upcoming handsets.

After Apple caught heat over purposefully slowing down older iPhones that use newer software updates, they introduced the “Battery Health” menu in the Settings app. This feature tells users the maximum capacity of their battery as it ages.

In previous iOS 12 betas, this menu appeared with a “(Beta)” next to it but redditor humzahh_m noticed that is no longer the case. This would suggest that Apple is done making changes, and what we’re seeing now will be what comes out with 2018 iPhones.

The home screen, Photos, and Apple News have all received facelifts to make them easier to navigate at a glance and more aesthetically pleasing.

Wallpapers are now more vibrant and no longer looked as washed out. The Control Center has also become slightly darker to complement this change.

Lastly, Apple News has been treated with a host of new changes, and now tells users the temperature outside, its bottom icons have been tweaked, and it has decreased the number of notifications it delivers.

During the initial launch of the iOS 12 beta, it was noted that if an iPhone was projected onto a screen using AirPlay it would blur out the lock screen keypad to avoid letting people see a user’s passcode.

This beta version took this security feature one step further by dimming how brightly the keypad lights up when a passcode is being inputted. This’ll make sure it’s more difficult to look over someone’s shoulder and see their passcode.

Apple is currently in the process of rebuilding its navigation app from scratch and some of the new changes were already obvious in prior beta versions of the new software. However, Reddit-user 11blocks recently noticed that the Maps changes to Northern California and the Bay Area appear to have been retracted.

Apple’s Senior Vice President, Eddy Cue, told TechCrunch that the new and improved Maps will ship to these two parts of California by the end of the year. Removing the previously added details could mean that Apple wants to further polish them before making them available.

iOS 12 software was touted as improving upon Siri’s capabilities by adding Siri Suggestions and Shortcuts. These features allow Siri to recommend actions based on what apps users make use of the most and even customize Siri voice commands. But one Redditor noticed that pre-iPhone 6S devices won’t have access to these capabilities.

Siri shortcuts was only available on the developer’s beta, while Suggestion was available to all public beta users. It’s unclear if this decision will mean older devices won’t be able to make use of a smarter Siri once iOS 12 is officially released in the fall.