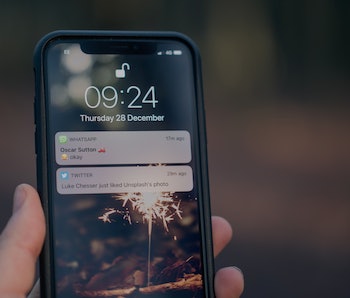 Better get to updating: On Thursday Apple released the second version of iOS 12 public beta, and along with a some crucial bug fixes came changes to iPhone and iPad push notifications that have made them silkier than ever before.

iOS 12 brought us stacked notifications to ensure we never get flooded by a spam of texts ever again. But beta users still found a few kinks in their interactions with these new banners. The second beta made sure to tidy up the notification center to make managing and viewing alerts a breeze.

Here are three ways iOS 12 has made push notifications as clean as the Apple store right before it opens.

Before, by holding down on any notification on your lock screen with a sustained tap you could preview a text or email without having to unlock your device. There haven’t been any groundbreaking changes with this feature, it’s just become all the more satisfying.

The second public beta introduced a new animation when using 3D touch to preview push notifications. Instead of popping up like a bursting bubble, they now split open sort of like you were unraveling a digital scroll.

Inverse previously reported that iOS 12 might have done away with the single swipe notification clear that was a staple of iOS 11. This allowed users to get rid of alerts from their lock screen pronto by swiping it all the way to the left to make it disappear.

After a short hiatus, this shortcut is back and making cleaning up your notification center like spreading butter on toast. It’s unclear whether this was left out of the first beta purposefully or if that was a bug.

iOS 12 is also putting more information right at your finger tips. Before this update, Apple Pay notifications would appear as a standard banner with not additional information. Now 3D touch reveals a whole lot more.

By holding down on an Apple Pay receipt you can access when, where, and how much money was sent to a business or person. Unlocking your phone to make sure your transfer went as planned is a thing of the past.

Apple will continue to work on its notifications and other features in preparation for iOS 12’s official launch this fall. So stay tuned for improvements, bugs, and more.