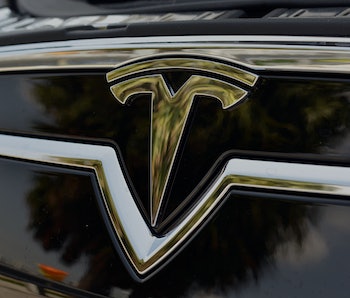 Tesla is going through one of the biggest challenges in its history. On Wednesday, the company will release its first quarter 2018 earnings results, followed by a conference call with analysts to provide more details on the company’s trajectory. Questions are likely to focus on Model 3 production, but there may also be questions about full autonomy development as well as the Model Y sports utility vehicle.

Listeners will want more details about Tesla’s product lines and future plans, but some surprises could crop up during the call. Musk has already confirmed that Galileo Russell, a writer at SeekingAlpha and CEO of Hyper Change TV, will join the usual roster of sell-side analysts to get the chance to ask one crowdsourced question relevant to retail investors. Over 150 shareholders representing $18 million in shares asked Musk to take Russell’s question.

Rob Maurer, the producer of the Tesla Daily podcast and one of the shareholders involved in the campaign, tells Inverse why this is a big moment for the group:

It’s exciting to see Tesla and Elon respond to a crowdsourced effort by retail investors to get a representative on the call. Many times, analysts on the calls are asking short-term questions related to formulating their 12-month price targets. A different perspective with questions that are more relevant to retail investors, many of which have investment time horizons of a decade or more, can only be beneficial. It’s a great example of a forward-thinking company responding to its stakeholders, as well as an interesting demonstration of what new media, social platforms, and crowdsourcing can accomplish.

Another surprise that could crop up is a question around Musk’s couch, after a campaign raised money from 592 people to buy him a better place to sleep.

Here’s what else to watch out for and how to listen:

What to Look for

One of the big questions will be whether Tesla needs to return to the markets to raise capital this year. This is largely dependent on whether the company has pulled through “production hell” for the Tesla Model 3, after producing around 202 Model 3s per week in the last quarter despite expecting to reach 2,000 per week by December. This is important because around 400,000 people have placed $1,000 reservations, and Tesla needs to produce cars to convert those into full orders starting at $35,000. Goldman Sachs claimed that a rate of 1,400 per week was likely for this quarter, which would mean Tesla running out of cash. A leaked e-mail from Musk suggests the company has reached a rate of 2,000 per week with the potential to reach 6,000 in June.

Beyond the Model 3, investors will want to know more about Tesla Autopilot. The semi-autonomous driving system was meant to meet the previous Mobileye system’s functionality just months after its October 2016 launch. That didn’t happen, and Tesla agreed on Tuesday to reimburse users between $20 and $280 for the delays. Tesla currently sells a $3,000 add-on to enable full self-driving capabilities on these cars in a matter of months, but the company’s handling of the previous rollout may leave investors questioning whether Tesla can meet this deadline.

Another question is whether Musk will remain in his position as both chairman and CEO. Shareholder Jing Zhao submitted a proposal that was published last week, which would place an independent director in the role of chairman if the plan is approved at the company’s next annual shareholders’ meeting on June 5. The board is advising a vote against the proposal, stating it “would not serve the best interests of the Company or its stockholders.”

Investors will also want to know about Tesla’s future projects, and there are a lot of them:

Listening to the call is easy. It’s set to start at the following times:

You can follow the instructions below to get connected:

And that’s all there is to it! The call normally starts with a brief catchup on events, followed by a question-and-answer session. It’s during this second part where Musk and the team will likely reveal the most interesting tidbits.

More like this
Innovation
Jan. 25, 2023
Starship orbital flight: SpaceX successfully loaded the rocket with over 10 million pounds of propellant
By Mike Brown and Molly Glick
Science
Jan. 17, 2023
What’s happening with Starship? New SpaceX photos show a launch could happen soon
By Jennifer Walter
Gear
18 hours ago
How VinFast is gearing up to become America’s next big EV brand
By Jackson Chen
LEARN SOMETHING NEW EVERY DAY.
Related Tags
Share: