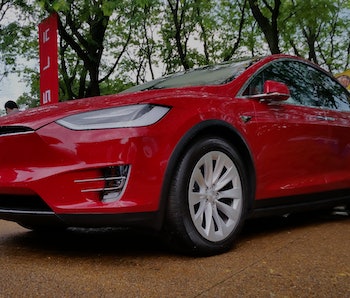 Elon Musk has set himself a huge challenge. In Tesla’s fourth quarter earnings call on Wednesday, the CEO claimed that coast-to-coast autonomous driving — which the company has promised will be available for every car manufactured after October 2016 — will be doable within three to six months. It’s a bold claim, especially considering he already promised the feature would arrive by the end of 2017.

“I’ve been meaning to address this, because obviously I missed the mark on that front,” Musk said. “I mean, focus was very much on Model 3 production so everything else kind of took a second place to that. We could have done the coast-to-coast drive but it would have required too much specialized code to effectively game it, or make it somewhat brittle in that it would work for one particular route but not be a general solution.”

Musk went on to say that he’s “pretty excited about how much progress we’re making on the neural net front,” but the progress will work in an exponential fashion. He compared it to AlphaGo, the Google DeepMind project that went from playing Go at a very basic level to beating every player simultaneously, before AlphaZero swept in and learned how to beat AlphaGo.

“It’s going to kind of be like that for self-driving,” Musk said. “It’ll feel like, ‘well this is a lame driver, lame driver, well actually this is a pretty good driver, like holy cow this driver’s good.’ It’ll be like that. Time-wise I think we could probably do a coast-to-coast drive in three months, six months at the outside.”

While Tesla claims that current cars ship with the necessary combination of sensors to drive autonomously, it requires an optional purchase. Right now, that’s priced at $3,000, but Musk said this would rise to somewhere around $5,000 when the feature launches. Whether this is just a software update or a change of computer remains to be seen, but Musk has stated before that the Nvidia Drive PX 2 powering existing vehicles is easily swappable if the feature depends on it. Whether the combination of cameras, radar and ultrasonic sensors is enough will be another challenge — Musk believes the lidar sensors that other automakers are using is not necessary, but he readily admitted that he would “look like a fool” if he was wrong.

Musk also repeated the claim that Teslas could form a fleet of autonomous taxis. This was outlined in the company’s June 2016 master plan, and it would see owners earning a portion of vehicle fares during the 90 percent of the day when most Teslas are not in use.

“We expect to operate a kind of a shared autonomy fleet where Tesla’s kind of like a combination of Uber or Lyft and Airbnb,” Musk said. “You can opt to have your car enter a shared fleet or not, and then Tesla can also operate its own fleet in places where there’s not enough people sharing their vehicles. So that’s a pretty significant opportunity.”