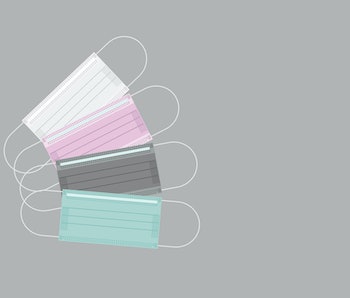 Decades after World War II, the countries of Western Europe were eager to show they still played an important role on the world's stage. One of the best examples was the Concorde, a joint project from the United Kingdom and France, two historic enemies. In 1960, British and French teams surprised each other by learning they were building very similar supersonic planes and began to collaborate.

Technical progress was slow, and budgets ran over, but eventually, the French prototype was finished in 1967. British technology minister Tony Benn, who had many constituents working in aerospace, was a public advocate for the project and went to Toulouse, France, to celebrate the moment. But there was one tricky piece of politics that stood in the way: the spelling.

A fight stemming back seven years, a personal feud between leaders of government, had led the British to drop the “e” at the end of “Concorde,” thinking it sounded too French. The fight over a single letter threatened to overshadow the entire decade of technological progress made by the two countries. On this date in 1967, Tony Benn decided to end the fight once and for all and brought the “e” back in Toulouse, saying that the "E stands for excellence, for England, for Europe and for the entente — that alliance of sympathy and affection which binds our two countries together."

While the Concorde project would later prove to be a costly failure, it was not for lack of trying.

As the year ends, we're expanding our question of the week to the rest of December. In one sentence, what's your prediction for 2021? Shoot us an email at newsletter@inverse.com and we'll be publishing our favorites at the beginning of the new year.

This is an adapted version of the Inverse Daily newsletter for December 11, 2020. Subscribe for free and earn rewards for reading every day in your inbox.

Today on The Abstract — Bringing robots to life

Whether it’s a sticky spray that can create biomedical robots on demand or the telepresence technology that’s taking on infectious disease outbreaks, robotic science is reshaping how we take charge of our mental and physical health.

In this episode of The Abstract, we explain how social robots and mini drones could solve present and future problems.

Liftoff! SpaceX successfully launched its Starship rocket to a record height of 12.5 kilometers altitude, or around 41,000 feet.

The test, which took place at the firm's Cameron County launch pad in Texas on Wednesday, saw the triple-engine "SN8" prototype ascend as expected and successfully perform a landing flip maneuver. The aerial acrobatics were designed to return Starship safely to Earth, but the ship didn't survive the landing maneuver.

As the ship exploded in a ball of fire, SpaceX blamed the landing failure on "low pressure in the fuel header tank." For his part, Elon Musk was thrilled.

What's up, Doc? — 3 animals that evolved to laugh

Laughter helps us create bonds, strengthens our mental well-being, and can even help strengthen our bodies physically. After all, people are 30 percent more likely to laugh when with a group than alone. These days, some therapists even prescribe “homeplay” rather than “homework” to encourage people to experience the mental benefits of laughter.

The evolutionary origins of laughter aren’t well understood, but scientists theorize laughter evolved as a way to strengthen bonds between groups and individuals. The origin of laughter appears to have occurred sometime between 10 and 16 million years ago. But humans aren’t the only animals that laugh.

The Lion King lied to you about this animal →

During the first few months of the Covid-19 pandemic, cities were left barren and devoid of people and traffic — but not of other life. Urban wildlife took to the streets in lieu of commuters and shoppers, rooting through trash and reasserting themselves in the concrete jungles of the world.

That some wild animals are becoming more urban is not a surprise — just ask anyone in New York if they have ever seen a raccoon. But experts caution that while animals may gradually venture into new areas, we shouldn't expect wildlife to quickly conquer cities in an urban edition of Animals Gone Wild.

But it turns out that one clever creature is capable of rapidly adapting to its urban circumstances: the red fox (Vulpes vulpes).

Foxes are taking on the urban jungle with ease. Perhaps too much ease →

2020 has been one of the worst years in living memory, so it might be nice to end the year with a little out-of-this-world beauty. Coming soon on Inverse, we tell you how to get the best views of the upcoming Geminids meteor show, which should offer some of the best chances to see shooting stars all year.

When the novel coronavirus emerged, the symptoms most associated with sick patients were high fevers, dry coughs, and difficulty breathing. These symptoms guided diagnosis and subsequent treatment throughout most of the pandemic.

Growing evidence suggests clinicians might have overlooked a key clue present before those hallmark symptoms hit: the sudden loss of smell or taste.

A study published Wednesday in the journal Neurology: Clinical Practice found this type of sensory dysfunction could be an early and reliable sign of Covid-19.

Sad but true — Covid-19 vaccine: Why you will have to wear a mask after the shot

The reality of getting a coronavirus vaccine approaches. Pfizer’s vaccine is already administered in the United Kingdom, and the U.S. Food and Drug Administration (FDA) will decide if the same vaccine will be licensed in the United States this week.

We’re all eager to live in a post-vaccine world, but experts say we’ll still have to practice social distancing and wear masks post vaccination. A closer look at two leading vaccine candidates explains why.

There's no going back to before →

And that's it for today's Daily! If you're looking for more, make sure to check out our recommendation for a much-slept-upon utopian sci-fi movie on Netflix.

More like this
Science
Oct. 1, 2022
Is the Covid-19 pandemic over? Experts share their predictions for 2023
By William Hauk, Lisa Miller, Wayne Au and The Conversation
Science
Sep. 22, 2022
Can science prevent a pandemic?
By Tara Yarlagadda
Science
Sep. 19, 2022
To solve Long Covid, scientists try to pinpoint when the immune system goes haywire
By Matthew Woodruff and The Conversation
Related Tags
Share: